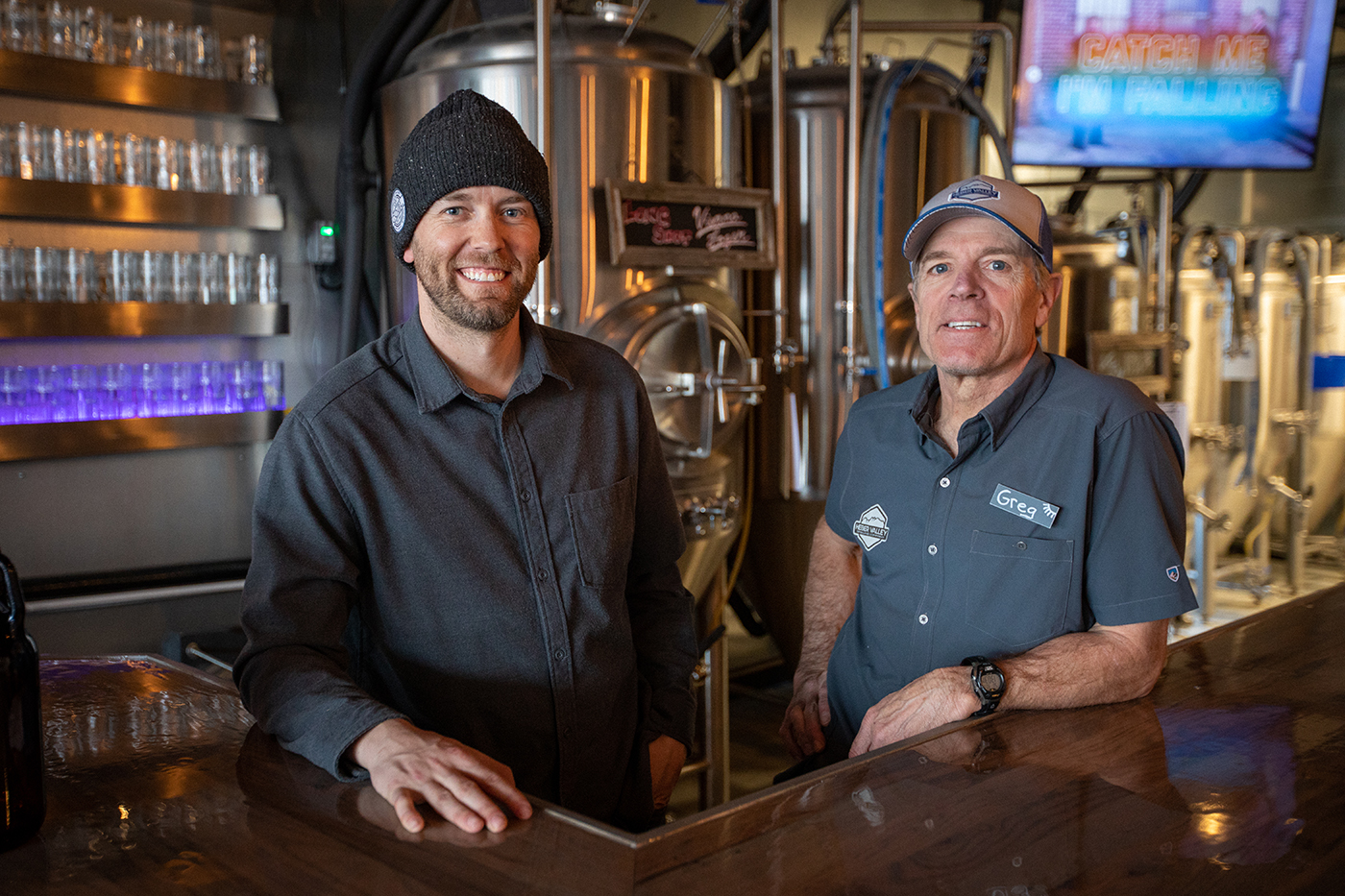 In Another Valley: Heber Valley Brewing 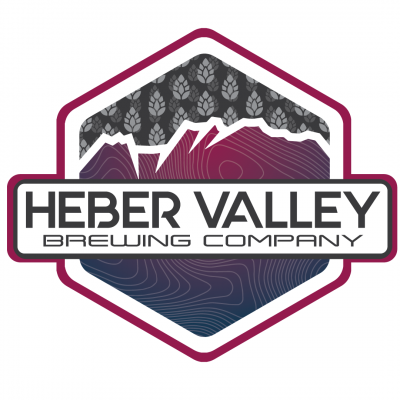 Anyone who’s lived within the Salt Lake Valley can attest to the healthy well of craft breweries and taprooms popping up over the last decade. Our neighbors to the east, however, have not received such a bounty. The Heber Valley is growing with intensity and fervor, but a solid craft brewery was, for a long time, absent from the county’s culture. To help remedy this lack, Heber Valley Brewing, the passion project of former Olympic ski athletes and coaches Clint Jones and Greg Poirier, opened its doors in August of 2019. Despite just cracking their one-year anniversary, Heber Valley is already providing its namesake community with a relaxed, modest and honest brewery experience.

Jones and Poirier met when the latter hired the former onto the coaching staff of his ski-jumping and nordic combined team. A solid friendship eventually led the pair to the joint decision to switch their profession to another arena. “[We were] saying how this valley is growing and how cool it would be to have a brewery here in Heber,” says Poirier. “Knowing that he has a huge passion for brewing and knowing that I like to drink beer ([I’ve been] a professional beer drinker for about 20 years) we just thought this valley was really ready.”

“[We were] saying how this valley is growing and how cool it would be to have a brewery here in Heber.”

Given its proximity to some of the state’s most revered skiing, mountain biking and fishing locales, Heber Valley aims to provide a sudsy home for both the residents and visitors, as well as offering a variety of events and theme nights (fly tying, Friday night music showcases and weekend food trucks among them) to accompany your brew. After closing their tap room for three months amid the first wave of the COVID-19 pandemic, Heber Valley has reopened to the public and secured a full bar license, now offering wine and spirits from local comrades Old Town Cellars and High West Distillery, respectively.

But Heber Valley Brewing is still a haven for top-quality beer. Jones has been an avid home brewer for the last 13 years, but given their collective history in a non-beer field, the Heber Valley team approaches the craft beer and taproom world from a different angle than a number of brewers. “In my opinion, there are so many beers already on the market,” says Poirier. “To try to compete is one thing. It’s an admirable goal.” Jones explains that their focus is instead on creating a sense of community in the Heber Valley. “I think for both of us, the priority is more to try to develop a better community hangout and fill that part before we worry about selling millions around the state,” he says. “That’s not the priority for us. It’s doing good, small batches of beer.”

“I definitely have a big respect for a lot of those traditional [European] styles.”

When it comes to the beer, Jones looks toward simplicity. The Heber Valley team’s shared winter sports past led the pair to spend a chunk of time in Europe which—of course—resulted in the consumption of a not insignificant dose of Belgian and German beers. “A big part of [the job is] traveling around with other coaches,” says Jones. “You get to go to all kinds of cool places, spend a bunch of time in beer meccas like Germany and [you] get to enjoy some pretty cool beers that a lot of people don’t get to see over here that often. I definitely have a big respect for a lot of those traditional styles.” These homages to European beer history have resulted in a number of the brewery’s most popular offerings, such as the Cöld Fusion Kölsch or the rich and chocolaty So-Ho Stout.

While the traditions of brewing have been a guiding force in Heber Valley’s first six months, the team are not without an edge for experimentation. From a Belgian brown ale with Biscoff cookies to a barrel-aged imperial stout, Jones has explored a variety of more nuanced and unorthodox takes on the classic European blends that frequent their taps. And the projects have only grown more ambitious as Heber pushes past their first birthday. The most exciting of these is a recent IPA sourced entirely from hops grown in the Heber Valley. On Sept. 1, “Everyone in the valley that either knows where the hops are or they’re growing them at home … [brought] them in, then [we] brewed a more locally grown, wild-hop beer,” says Jones.

I took home a four-pack sampler to give Heber’s brews a try for myself—Cöld Fusion Kölsch, So-Ho Stout, Heber’s Hazy IPA and Pole Line Pale Ale. While I might not have the most refined palate in the world, I’m happy to report that each of these four styles lived up to Jones’ and Poirier’s goals: While not revolutionary, the flavor of these beers is solid and perfect for sipping and casual enjoyment. They’re certainly miles ahead of the dime-a-dozen big-names that grace many pub taps, and their clean, simple flavors give them a digestible edge missing from some of the stranger brews found in SLC’s craft scene. Head to their site (hebervalleybrewing.com) for more information on new brews, events or other happenings at Heber Valley Brewing.