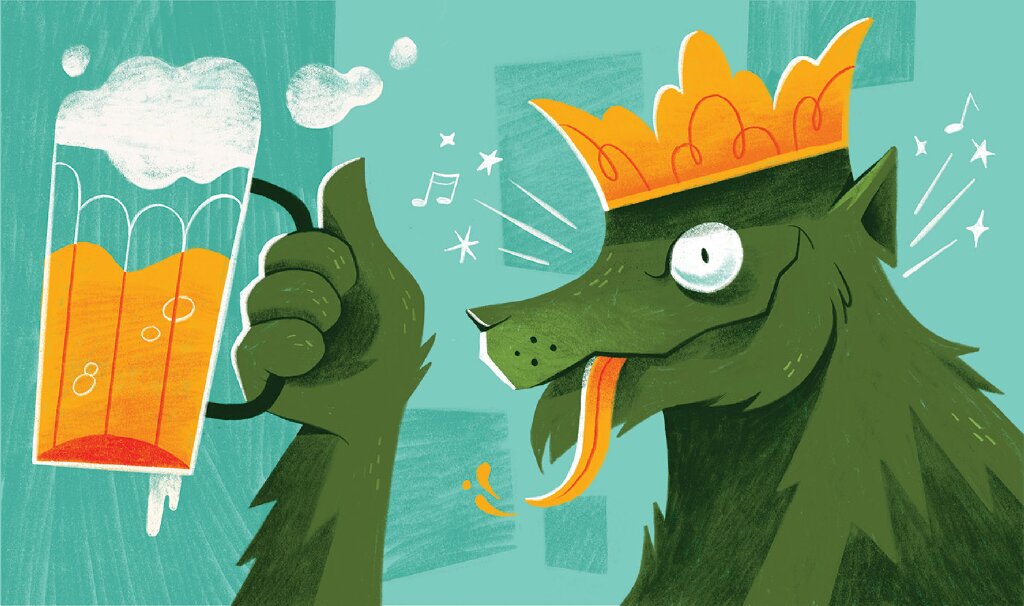 I have a thing for lagers. It feels nostalgic to crack open anything from a lightly hopped pilsner—such as Red Rock’s Frölich Pils—to a dark, heavier doppelbock, such as Wasatch’s Devastator. Accordingly, Lagerpalooza is Utah’s premier lager homebrew-off, and over the past few years, both Salt City Brew Supply (SCBS) and Bohemian Brewery have shepherded it to become a nationally recognized, lagers-only competition that stimulates the vibrancy of craft lagers. What’s more, Bohemian produces the winning brew on a commercial level for a period between brew-offs! This year’s winning homebrew will be announced on May 2.

Metzger and SCBS Co-Owner/Lagerpalooza co-organizer Cody McKendrick were invited to judge a brewing competition the same year they opened SCBS, in 2012. They identified that starting their own brew-off could benefit their fledgling brewing-supplies business. Metzger says, “We learned what we could about organizing an American Homebrewers Association (AHA)–sanctioned event, and we both started our journey of becoming certified beer judges through the Beer Judge Certification Program (BJCP).”

“We were discussing ways to work together and to build community to increase awareness on the technical difficulties and nuances of making lagers.”

They also discerned that partnering with a larger institution such as Bohemian could help them develop their place in the homebrewing community. Over lunch with Bohemian Brewery & Sales Manager Will Gillane and then-Brewer Joel Moore, SCBS and the brewery landed on the idea for Lagerpalooza. “We were discussing ways to work together and to build community to increase awareness on the technical difficulties and nuances of making lagers,” Gillane says, “and being that Bohemian is primarily focused on making traditional lager beers, it seemed fitting.”

Moreover, the group identified the cachet that getting Lagerpalooza certified by the AHA would afford them. According to Metzger, it “assures the participants they will be entering a competition with a standardized format and outcome,” he says, adding that the AHA and BJCP also help them promote the event. “Sanctioned competitions are jointly administered by the AHA and the BJCP … We have to register Lagerpalooza every year prior to any entries, and once it is registered—which is all done online—it is sanctioned.”

With the first Lagerpalooza having taken place in 2015, it’s grown into a niche competition with national recognition. “Between 10- and 20% of the entries are from outside of Utah,” Metzger says. Homebrewers often find Lagerpalooza from the AHA and BJCP websites. Metzger attests that “a lager-only competition hosted by a lager-only brewery is … intriguing to people who are really trying to dial in their lager recipes, either for an opportunity to win something bigger, or because they may be trying to open their own brewery and want some expert feedback.”

Such was the case for Chris Robinson, who won the 2019 Lagerpalooza brew-off with his doppelbock. He began homebrewing in 2016, went full-grain in 2017, and started entering Lagerpalooza in 2018. “I was interested in what the judges were thinking,” he says. “It was the best way to see where I could make improvements to my brews. I still have a long way to go, but I was able to make a few changes that seemed to work out.”

Robinson considers his winning 2019 doppelbock a “big beer,” he says. “The foundation for the recipe comes from research into this particular style’s beginnings back in Germany. It was my intention to keep a high ABV percentage and leave it just sweet enough to make it palatable.” Upon winning, “I was in total disbelief,” Robinson says. “I had to refresh the browser several times just to be sure it wasn’t a mistake.”

Metzger and McKendrick coordinated getting Robinson’s recipe to Bohemian within a week from him winning. Gillane says, “Our team works with the winning brewer to scale up the original recipe.” Robinson heralds all involved with Lagerpalooza as “classy individuals,” and feels that he met his goal of acquiring industry-level feedback. “It was interesting to watch my beer get brewed on such a large scale,” he says. He’s brewing another bock for Lagerpalooza 2020.

“A lager-only competition hosted by a lager-only brewery is … intriguing to people who are really trying to dial in their lager recipe.”

Robinson’s doppelbock would’ve become available at the public Lagerpalooza event at Bohemian. Amid COVID-19 precautions, however, the public event was canceled. “We generally brew the winning beer for release at the following year’s Lagerpalooza contest,” Gillane says. Additionally, it’s a limited-run product, which will become available at Bohemian and at State Liquor Stores: “In every instance, the winning lager has been a ‘strong beer’ by Utah standards, so we’ve only been able to package it in cans.”

Each Lagerpalooza entry is judged by two people, one of whom is either a BJCP-certified judge or a professional brewer. As with homebrewers, people may apply to be volunteer judges, but must co-judge with someone with one of the two aforementioned distinctions. Entries are open until April 19 at 4 p.m.; go to saltcitybrewsupply.com/beercomp for more information.

Last year, Lagerpalooza introduced a charitable aspect to the brew-off, through which Robinson chose Davis Behavioral Health to receive a $2,500 donation. Whether social-distancing is over or not by the time you read this, be sure to savor Robinson’s doppelbock whenever it becomes available to us. Prost!