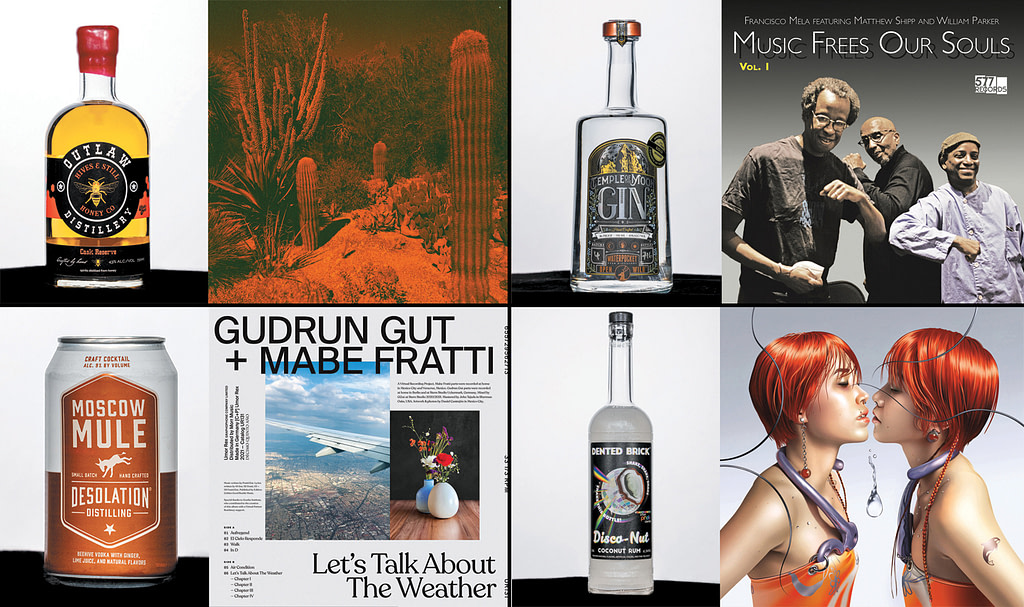 Drinking and music have been kindred spirits, from drunken shanties to boozy raves and beyond. As a sequel to last year’s quartet of pairings between local spirits and experimental music albums, we again offer you four unique combinations. Regardless of your preferred poison, hopefully these four pairings provide equal enticement to your taste buds as they do your eardrums. 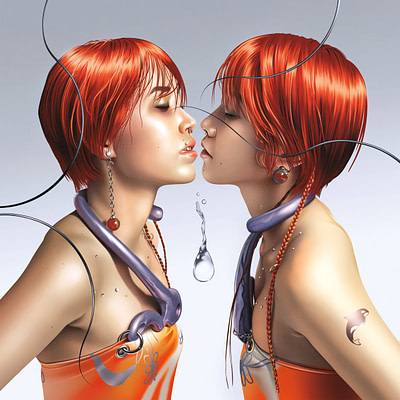 Resisting the obvious pairing of Dented Brick’s disco-branded coconut flavored rum with classics like Donna Summer’s Bad Girls or MFSB singles, we look instead to the avant-pop marvels of NTsKi’s debut record, Orca. The album’s 10-track set of experimental earworms relishes in surrealism and nostalgia. In “On Divination of Sleep feat. Dove,” a refrain of “You can call me rhinoceros / Rhinoceros lives in your dreams’’ floats along the track’s drunken sway of a beat, while the lilts and plinks of “Plate Song” offer a sort of alien lullaby.

Dented Brick’s description for the hyper-sweet Disco-Nut boasts powers of tropical transportiveness (“reminiscent of surf, sun and sand”), but the syrupy nature of its paradisiacal sweetness and visage of glitter possess a glistening sheen. This drink emphasizes saccharine fun—admittedly low in alcohol content at 25%, and hats off to you if you can even taste that amid the coconut sweetness. This makes Disco-Nut impossibly drinkable—a quick recipe for long nights and rough mornings, but what exemplifies the ethos of disco more than knowing indulgence?

With Disco-Nut’s festivities-first flavor profile, the pairing here comes simply. With nothing of the technical similarities or conceptual mirrorings found in the later listings, Orca and Disco-Nut share one core quality: They’re a lot of fucking fun. Slurp down the liqueur’s fruitiness while you dance to the stomps of “1992” and block out the impending hangover this sugary delight is bound to bring, as well as the knowledge that it might be a minute before you hear something as delightfully carefree and explorative as Orca. 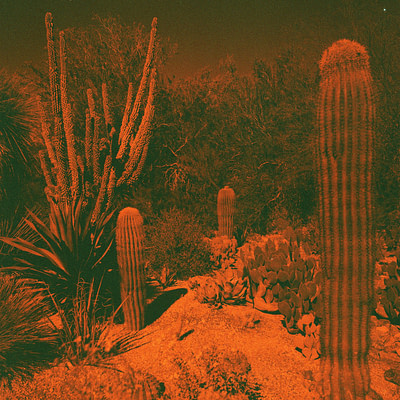 Perhaps a consequence of my inherent partiality to aged spirits, but whiskey has always felt comforting and overtly soul-warming to me. Outlaw Distillery’s new, limited-edition Cask Reserve whiskey capitalizes on this quality for an even greater comfort: An offshoot of their Clearly Naked honey liquor made by aging the distilled honey in bourbon barrels, Cask Reserve boxes out any extremity— be it sweetness, alcoholic burn or bourbon spice—for one of the smoothest whiskeys I’ve ever tasted.

Sipping on Cask Reserve feels easy and content, a lackadaisical quality matched by the duet record from fingerpicking virtuosos Cameron Knowl- er and Eli Winter. With its roots in country blues guitar practice, Anticipation thrives off of the symbiotic bleed between these two guitarist’s sounds. Immediate standout “Cumberland Application” teases at melody, one musician tossing out a fragment before the other counters, absorbs and progresses the tune into mercurial bliss. When the duo embraces a bluesier drive—the sinister “And So I Did,” the slide-heavy closer, “Southern Filibuster”— the music bends and sways under the weight of reverberating strings and the ricochets of sour bent notes.

Big-brand honey whiskeys often taste sickly sweet, drowning out the bite of a good bourbon. The blues and folk origins of Anticipation are sometimes remembered for pastoralism more than the desolate, lonesome expanses of their origins. Cask Reserve and Anticipation understand these jagged underpinnings, honoring the grit while still finding room for velvet placidity. 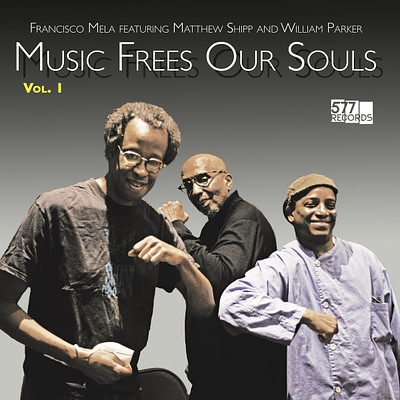 Balancing 15 tasting notes and herbaceous infusions, Waterpocket Distillery’s Temple of the Moon Gin teems with alchemical precision. The dominating bite of coriander floods the tongue upon first contact, a spiciness that presides over the spirit’s complex flavor journey. Just after this peppery introduction, the smoother botanical notes and a notable lavender fullness settle in. Instead of fistfighting, these competing flavors nestle atop each other into a springtime ease.

In the same way Temple of the Moon celebrates mannered complexity, the trio of master improvisers behind Music Frees Our Souls welcomes reserved turbulence as a challenging balancing act. Drummer Francisco Mela leads a trio with modern legends Matthew Shipp (piano) and William Parker (bass), exploring the upper limits of restrained exuberance. Closing track “Infinite Consciousness” opens with an extensive drum solo that traverses booming toms and rattling stick clicks before Parker and Shipp weave a spider web of pointillistisms over Mela’s rustling rhythms. “Light of Mind” spends its opening minutes tumbling over itself with a sense of perpetual motion that stabilizes (as in the rollicking cacophony around 12) just as quickly as it re-embraces entropy (the rubbery bass solo shortly thereafter).

Waterpocket’s Temple of the Moon and Music Frees Our Souls share a sense of confidence and technical assuredness. Bombast with no limit can be wonderful, but sitting just below the boundary where controlled ecstasy teeters into chaos produces a work of art. 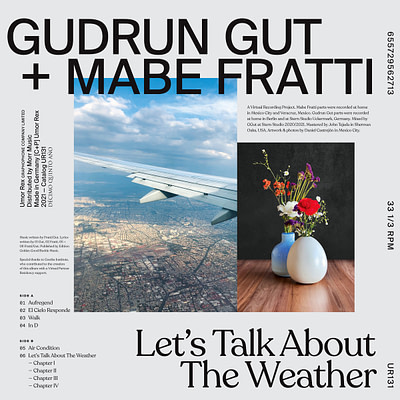 A canned cocktail is a harbinger for a wealth of possibilities—it’s portable, storable and readily available. One of the state’s longest-running canned cocktail brands, Desolation Distilling, has become a go-to source for these portable libations, whether that’s for take-home drinks or packed in for the great outdoors. Their ever-popular canned Moscow Mule (using vodka from fellow locals Beehive Distilling) stands as my favorite, a simple and delightful rendition of a particularly refreshing cocktail.

To meet this Moscow Mule, we look to the genial collaboration between cellist Mabe Fratti and electronic composer Gudrun Gut, Let’s Talk About the Weather. Defined by driving, motorick grooves, this musical dedication to the human necessity of companionship and unhurried connection swells with the easy collaboration of Gut’s and Fratti’s partnership. “Walk” dons its titular leisurely pace in a mess of sloping synths and resigned vocals. “In D” turns the walk into an intentional strut, providing one of the album’s most grisly climaxes in its blend of splashing electronic drums and frequency-spanning cello drones.

Let’s Talk About the Weather feels mobile. Its restless rhythms, blurred fragments of speech and organic cello tones suggest life in motion, the symbiotic flow from one head’s voice to the other— especially in its four-part title suite. Electroacoustic music walks a tenable line with artifice; canned cocktails risk tasting tinny or overly sweet. Nevertheless, Desolation’s canned Moscow Mule and Let’s Talk About the Weather shine in how they wrap their mechanisms up into a notable naturalism.