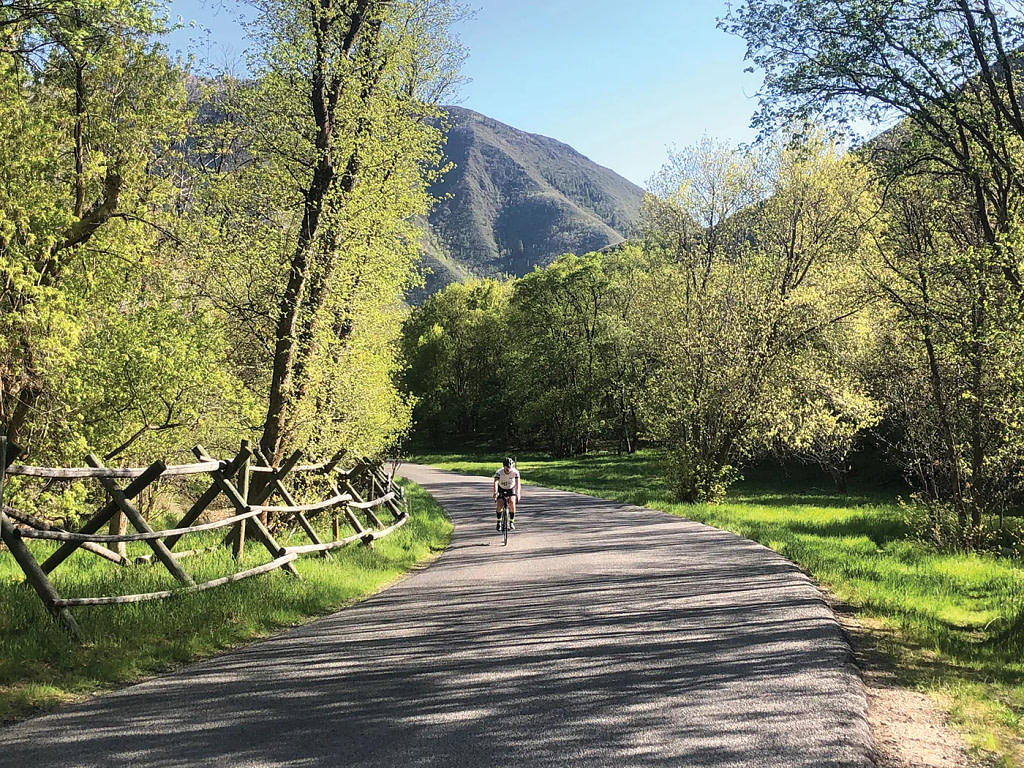 Salt Lake Randonneurs is the perfect group for cyclists looking to bike over 100 miles!

If you’re not tired after riding your bicycle 100 miles, “then randonneuring is the sport for you,” says Ken Moss, Regional Brevet Administrator of Salt Lake Randonneurs (SLR). Randonneuring is a type of long-distance ultra-cycling that started in France in the late 1800s. It came to Salt Lake City in 2011 after Richard Stum participated in a few rides with a Southern Utah club, leading him to start SLR.

“This is a part of the magic of randonneuring, again: People have been doing this for 130 years, so they’ve worked this out.”

Moss—who has completed one 1,000 kilometer and three 1,200 kilometer rides—says the “granddaddy” of all races is the Paris-Brest-Paris, which has been held in France every four years since 1891. “You’re riding with about 6,000 people and it’s just an amazing experience,” Moss says. He also adds that over the course of 90 hours, you have the opportunity to create lifelong friendships with riders from around the world, as well as participate in a historical and cultural event like no other.

While 90 hours may seem short, Moss says, “the time limits are … designed to encourage people to be successful.” Each brevet has a designated timeframe and includes time-sensitive checkpoints every 30–60 miles to help keep riders on track. Moss adds that there is usually enough time for food, water, sleep and photos unless riders run into weather or gear complications—self-sustainability is a “hallmark” of randonneuring. “This is a part of the magic of randonneuring, again: People have been doing this for 130 years, so they’ve worked this out,” he says.

Another valuable feature of randonneuring is affordability, with minimal fees for joining the national club ($30) and administrative costs for every race ($10). Moss notes that “any bike goes,” and special gear is only needed for longer brevets. While he says the most expensive part is traveling to races, SLR will start along the Wasatch Front this year—featuring flat rides in the West Desert and mountain climbs similar to the Tour de Utah’s routes.

Moss also emphasizes that you don’t need to be a talented athlete; in fact, he doesn’t consider himself one. Ultimately, Moss says it comes down to training your body and mind. “It’s 90% physical and the other 90% is mental—isn’t that how it works?” he says with a laugh. “I think anybody that is interested in this can get trained to the point where you are physically able to do these long distances … Once you’ve got your positioning and your comfort dialed in and you’ve got that base training, then it’s a mental [game].”

For anyone interested in randonneuring, Moss suggests completing a “century ride” (100 miles) before starting with brevets. He recommends joining Bonneville Cycling Club because it operates similarly to brevets but with shorter distances. Additionally, Moss says anyone can reach out to the SLR riders for advice on equipment or training.

In the end, Moss’ love for riding bikes is at the heart of randonneuring for him. “I just love getting up when it’s dark and riding my bike for an hour or two and watching the sunrise … ride all day and watch the sunset and ride two or three hours in the dark. Being able to spend three or four days doing that … I just love doing that,” he says.

For more information or to view the 2022 brevet schedule, visit saltlakerandos.org.