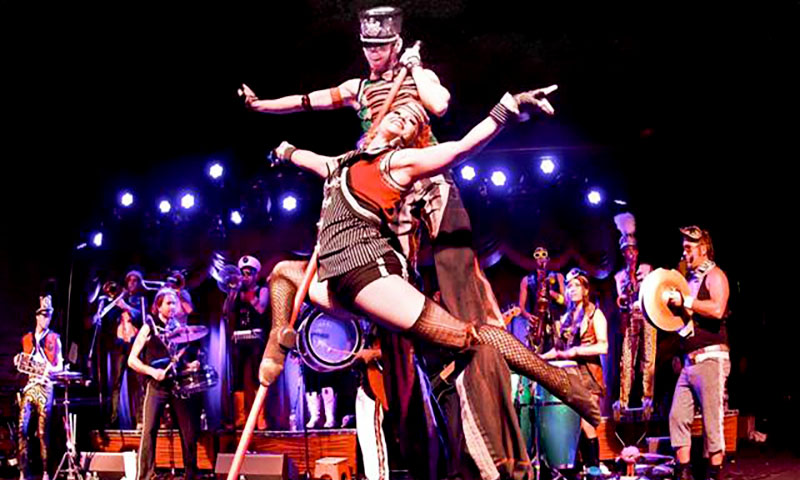 They say imitation is the most sincere form of flattery; either that, or someone’s trying to cash in on someone else’s success. Either way, it would seem that Salt Lake’s Dark Arts Festival has inspired a little envy in Colorado, where some scavengers have lifted the name and are throwing their own Dark Arts gala. Who would have thought it would go this far? What started out as a farfetched dream among a few club-going, eyeliner-wearing-aspiring sideshow freaks has become an annual event worth ripping off. Granted, it might not rival the ever-shifting controversy creating Convergence or outnumber the hordes that gather for the legendary European festivals, but it certainly has much of the charm of the brilliant Whitby Weekends that are the toast of the UK scene. Call it a mix of music, fashion, photography and debauchery with a decidedly DYI spirit all brought to you by the people who made Human Drama’s Johnny Indovina your next-door neighbor (he’ll be mastering this year’s ceremonies).

2005’s festival boasts its most balanced and diverse lineup yet with a lovely mix of local and national sounds that fall somewhere within the labels of industrial, gothic, synthpop, punk, death rock and otherwise indefinable (how would you categorize Misfit Toys’ take on songs by Bauhaus and The Cure played on children’s toy instruments?).

Saturday, June 4th is for those who like their goth old-school and noisy with a fine selection of Utah’s favorites Tragic Black (death rock), Domiana (twisted cabaret), Violet Run (epic goth-rock), From the Ashes (female fronted goth-rock) and Denver’s Machinegun Symphony (industrial rock) before taking a dark synthpop approach with the night’s headliners Project 12:01 from Denver and Secret Secret from San Francisco (although they’re often found in Japan, where they’ve built up a cult following). Not to mention there will also be a fashion show and a slew of dance performances to keep you busy.

Sunday, June 5th, however, takes the cake with a promise of giant puppets on roller-skates and the goth punk-rock-fueled performances from New York’s The Brides and L.A.’s female-fronted Stolen Babies (who impressed Oingo Boingo’s John Avila enough to produce their first EP). Also playing that evening is Seattle’s long-suffering Black Atmosphere, who offer up their slice of classic goth-rock with a passionate performance that has kept them constantly touring the US and Europe for nearly 15 years. It’ll all be warmed up by performances from local stalwarts Redemption (electro goth) and Lapsed (IDM), whose debut album has been met with critical acclaim throughout Europe and America.