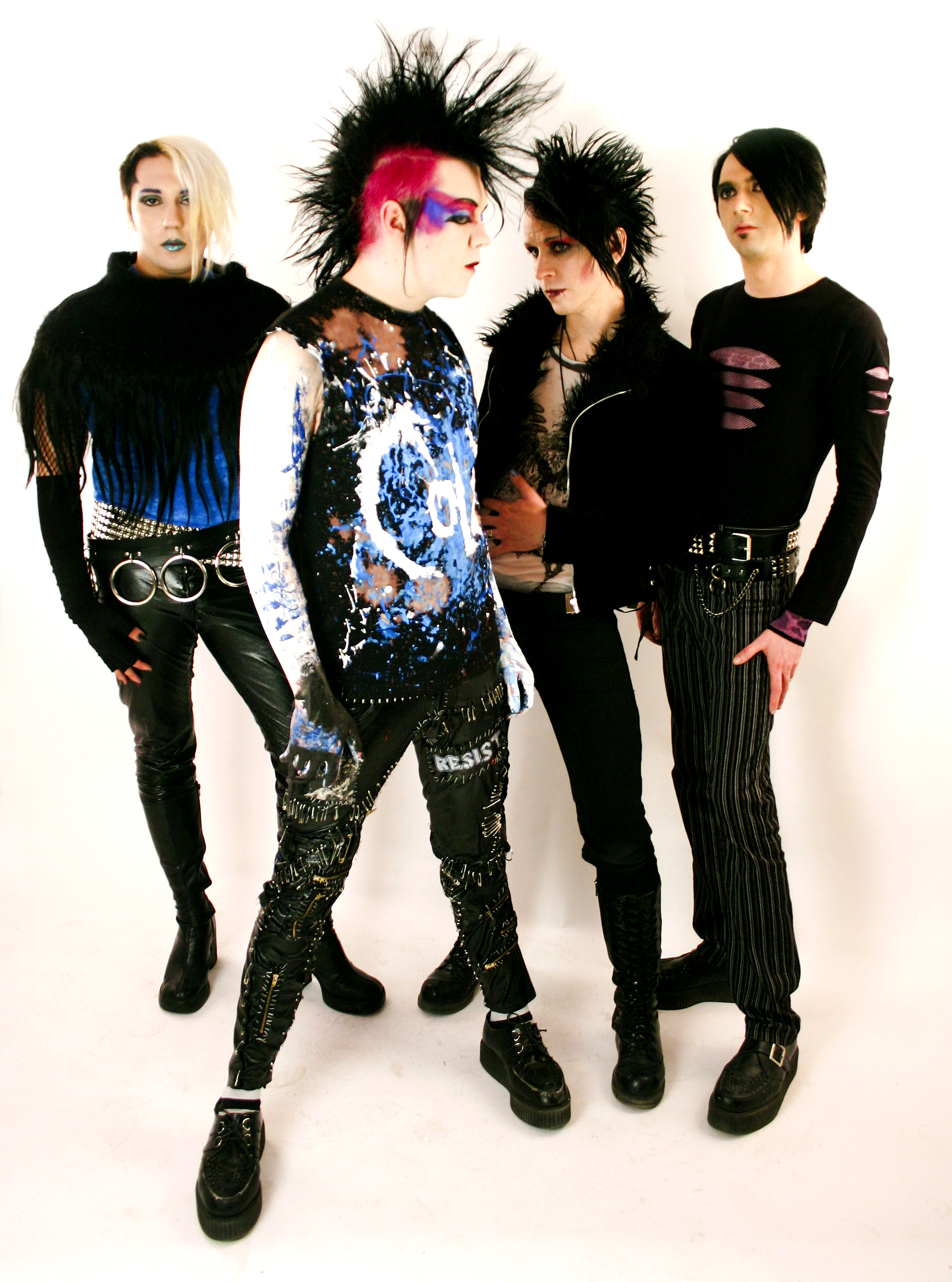 Localized this month falls on the auspicious day of Friday the 13th. SLUG has managed to tear the dark and macabre bands Tragic Black and Domiana away from the unspeakable activities they would otherwise be engaged in to play for us at the Urban Lounge, a private club for members only.

Russel and I went to Monk’s House of Jazz one Sunday evening to meet with Tragic Black.. The band had decided upon the time and place because they were playing that night with The Gothic Rap Project and Muses of Bedlam. My plan was to arrive and simply find the group of boys all decked out in their gothic finery. Little did I know that every goth there would be dressed as though they were preparing to meet Satan himself. One girl had a cascade of glass mirrors glued to the side of her face and another had painted herself to resemble an undead cracked china doll. It was only after questioning a few of these dark dandies that we found that Tragic Black was not even there; they were still getting dressed. About an hour and a half later, they arrived with their entire bodies covered in paint and their hair in airy configurations.

Vyle wears only black body paint, a long loincloth and a necklace of bones. I can’t imagine trying to wash all of that off at the end of a performance. Tragic Black has been around for four or five years, but the current members have been together since only recently. They look at each other with noticeable relief and satisfaction when they say this, as though they had come through some trying experience together and recovered with their makeup still flawless.

We were in the back of Monk’s in the part of the bar serving as an erstwhile dressing room for the Obscura fashion show, which was commencing as we spoke. Girls and boys in slick vinyl outfits that looked like they were poured on chattered and changed around us. I could barely hear the boys talk over the din. The recording of our interview ends up being mostly a recording of directions given to models. This is partially because the boys of Tragic Black are soft-spoken and unassuming people despite their intimidating appearances.

“We aren’t afraid to talk about what we think,” Vision tells me. Their politics are pretty upfront. To illustrate this, Vision recalls an incident: “One of our friends came to a show with his new girlfriend. She was Republican and she broke up with him after the show because he liked us.” Vision is the most talkative of the group, but he’s still nothing like the screaming and gyrating person we later see onstage when they perform. They’re a mixture of goth and deathrock with much use being given to the word “fuck.”

“I apologize in advance if I see you on the street and I don’t say hi because I won’t recognize you without the makeup,” I tell them when we conclude the interview. “Don’t worry,” Aten Hex responds. “We always look like this.”