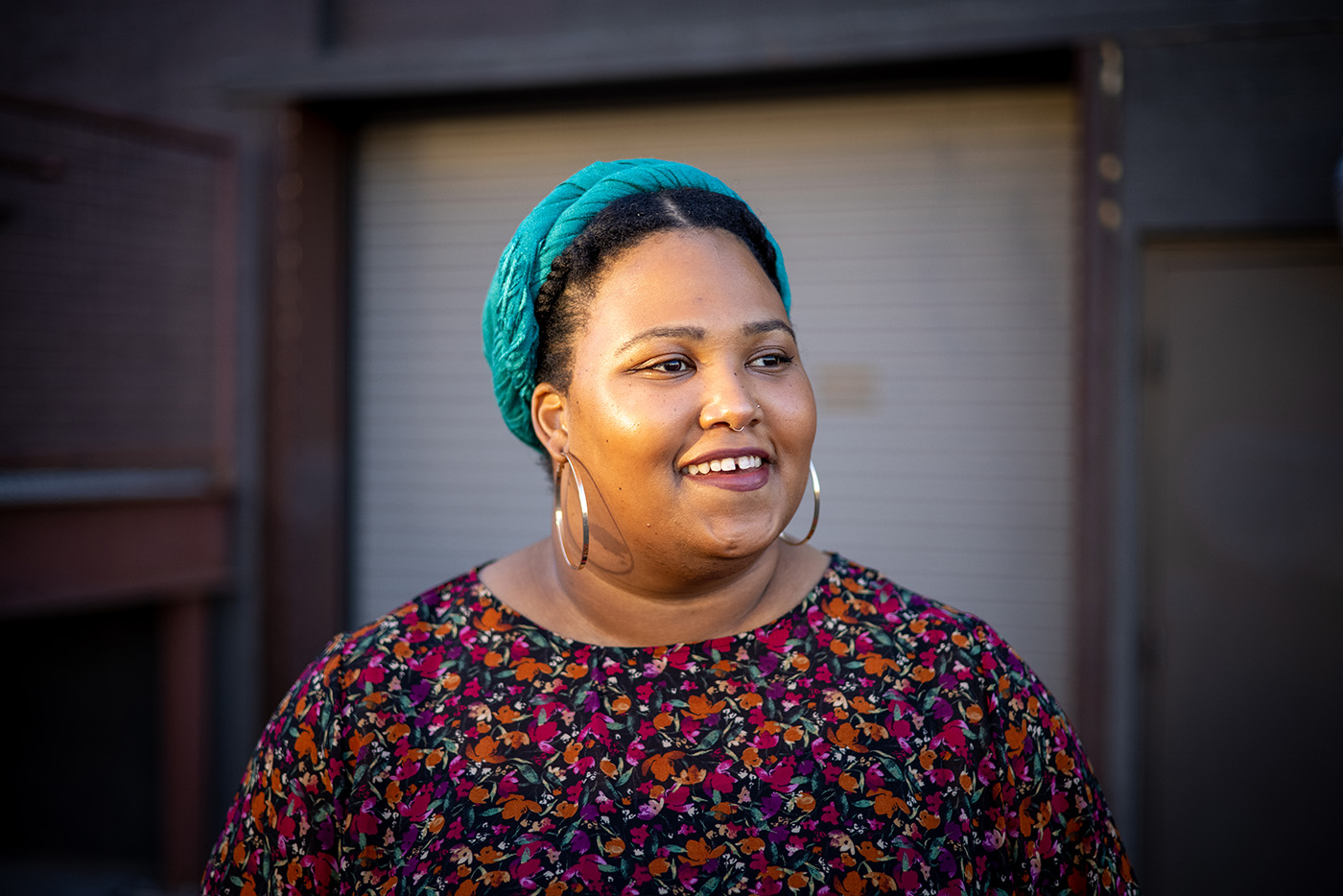 If you asked a room of people to list the traits of a leader, chances are you would hear responses that reflect society’s perpetuated myth of a militant hero—a trend Ruth Ben-Ghiat describes in Strongmen: Mussolini to the Present. But the reality is that these “leaders” often break more than they fix, and the aftermath of their reigns are cleaned up by the real powerhouses of our communities: the people who provide medical, nutritional or emotional care. Ashley Finley, Co-Founder of the Black Lives Matter Salt Lake City Chapter, is a refuge for BIPOC (black, indigenous and people of color) communities in her work as a reproductive care advocate and a Birth and Postpartum Doula registered with the National Black Doulas Association. A doula is a perinatal support for birthing mothers and their families who works with midwives and doctors. Three years ago, Finley started Sacred Sister Doula because she says she’d “always felt a calling to help babies, especially Black babies, to be born.” From pregnancy through the postpartum period, Finley shows that the most important human roles and actions start and end with love.

When Finley moved to Utah eight years ago from Los Angeles, she noticed that the communities of color in the state were underserved and overlooked. When she made the decision to pursue becoming a doula, finding ways to fill the gaps in healthcare for people of color was a central goal. “My grandmother was what we call a granny midwife. She helped all her sisters and cousins give birth deep in the rural south. I feel really connected to that lineage and I always have,” Finley says. “I’ve been really blessed [in] that when I started this work, I specifically put out the intention that I wanted to work with marginalized groups, so working with black women, queer parents, parents of color and people who don’t often have access to advocacy that a doula supports.”

One of the most intimidating factors for BIPOC parents in Utah is that, chances are, their medical providers don’t look or talk like them. This can make them feel that their birth or other medical concerns are not taken seriously. “Medical language can be such a barrier and really inaccessible to folks who are not in the medical field,” she says. “One of the things I do is help folks understand the information that their care providers are giving to them in a way that is accessible and broken down.”

“Medical language can be such a barrier and really inaccessible to folks who are not in the medical field.”

This aspect of Finley’s work as a reproductive care advocate became especially important in the summer of 2020 when hospitals decided to limit the number of people who could be a part of the births in an effort to curb possible COVID-19 exposure. Doulas were left out of the “birth team,” forcing future moms to choose between their doula and their partner/parent. In light of this, Finley worked with the University of Utah hospital to advocate for doulas as essential elements of birth teams, especially with the unique considerations of BIPOC parents. She was successful, and the U Hospital now recognizes doulas as official members of birth teams.

Even in the pregnancy phase, Finley’s role goes deeper and more spiritual. “I do a lot of meditation, movement and what you could call prayer, where we talk to whatever power the client believes in, if they do,” she says. Taking an approach that unites care of the mind, body and spirit, Finley says, “When I’m with clients, I try to bring it deeper than just the physicality. Because birth is a really spiritual experience, and so I [help them] be tapped into that spiritual experience all the way through—from pregnancy, to the birth, through the postpartum.”

“Having a baby is a really beautiful thing, but it’s also a really hard thing.”

Giving birth is scary and difficult, though sometimes it can be the postpartum period when pain, change and isolation may throw new parents into depression. Finley says, “Postpartum depression is a huge issue for all parents, but especially for parents who don’t get access to the resources that could help them. The first thing I hone in on in the postpartum area is ‘how is your spirit?’ Having a baby is a really beautiful thing, but it’s also a really hard thing,”  says Finley. “One of the hard things, especially with people who are pushed to the margins, is that they don’t get to be heard. They don’t have the luxury (and it shouldn’t be a luxury!) to process this huge life event. I’ll say, ‘How can we get a meal train going? Who can come to drop off a meal and not stop to talk?’”

Besides the many amazing roles Finley works in as a doula, she is also an accomplished poet. In her poem “Brave New Home,” she says: “I want to build myself into a home for you, want to stretch out my arms, pull you in close, hold you tight, let you know that there is shelter here.” The truth is that so many of society’s troubles might be cured by extending this simple and powerful feeling to people who are struggling. Simple acts of care and love, and listening to those so often pushed to the margins are how real leaders are born.