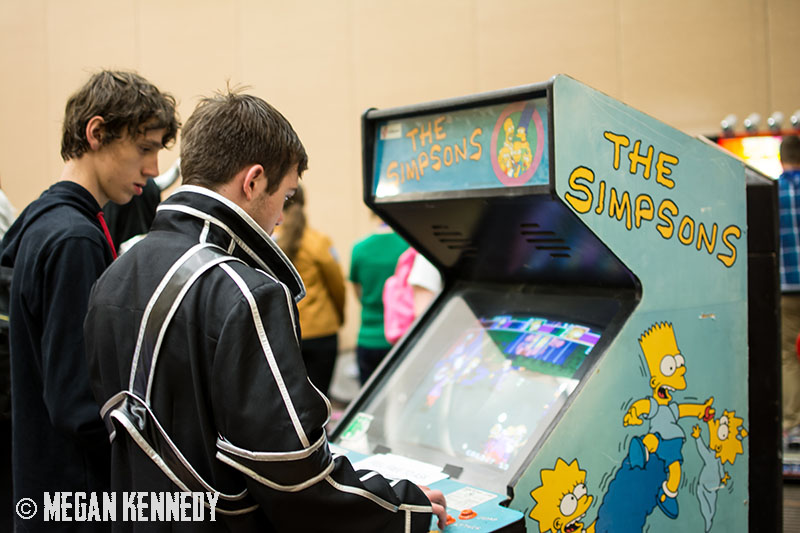 Gamer Vs. Con: What I Learned At Anime Banzai

If you’ve read my reviews here or in other venues, you would assume that I have no business going to Anime Banzai, an Anime convention that took place this past weekend. This isn’t for any particular reason, other than I have little understanding of it, and have a very select taste in what I watch. To those that know me, the thought of me packing up my gear and heading to an anime convention in Davis County would be confusing at the very least. But alas, I hopped in my car on Saturday morning and began the adventure. As Gavin and I pulled up to Anime Banzai, I wasn’t sure what to expect. There were people of all ages running around the parking lot in costume, a giant tent with crazy loud noises coming from inside and not much of a line, from what I could tell. We walked in, greeted the staff and, after hunting down the dude in charge, we were given our press badges. Once we had that achievement unlocked, we split up and hit the con ready to be engulfed in the world of Anime.

Something about Anime Banzai that was immediately noticeable was its respect for their scope. Instead of spreading the con across an entire center, it was focused in one main area in the event center. This made it easy to find what you were looking for, even if it meant limiting the number of people entering artist alley or the exhibit hall. Artist Alley was full of unique items that I hadn’t seen at many other local cons (excluding the Jason Berry cereal box which had sold out at SLCC—bam, purchased). From chibi pins to full-sized posters and wigs between the exhibit hall and artist alley, you could up your anime collecting game in no time (and, for the most part, at a reasonable price).

The next stop—which would be my final at Anime Banzai—was the game room. It sounded like an arcade, it smelled like an arcade, it looked like an arcade—holy shit, it was an arcade! Filled with retro consoles (SNES, NES, Genesis), some current-gen consoles running Super Smash Bros and Ultra Street Fighter 4, a grip of rhythm games and some classic cabinets that took me back to being 10 years old again, this room had everything I could want. Marvel Vs. Capcom, The Simpsons Arcade, Golden Axe, Knights of the Round and more. So, as if I needed a reason to stop wandering for the rest of the time there, this was my home.

After playing some head-to-head matches against strangers at Marvel Vs. Capcom, it was time to hit the Simpsons machine. After playing by myself for a bit, a girl no older than 10 in a Charizard costume and her sister walked up and asked to join. The sister, who seemed to be stuck on babysitting duty was not too excited to be in this room until we started winning at the Simpsons. Within ten minutes, three people who probably wouldn’t make eye contact on the street were laughing, joking and slaying enemies as we headed to rescue Maggie from Mr. Burns' evil clutches. The miniature Charizard began giving me tips on how I should play (my button-mashing was apparently not up to her expectations), and we all laughed as we continued grinding. Eventually, we all burned out and headed our own directions, but this was proof of two things: Arcades and video games in general unite people—people who probably have little in common—and that is an extremely friendly convention. After exploring the depths of the panel rooms for a bit and checking out the viewing rooms, I met up with Gavin in the arcade room for one last party. The both of us blew through The Simpsons and decided to call it a day. So, if you’re looking at the convention, wondering if there is anything there for you, you’ll be pleasantly surprised. This was another validation that Utah has an incredibly inclusive geek scene, and that this con, while smaller than some, is still well worth the cash spent.