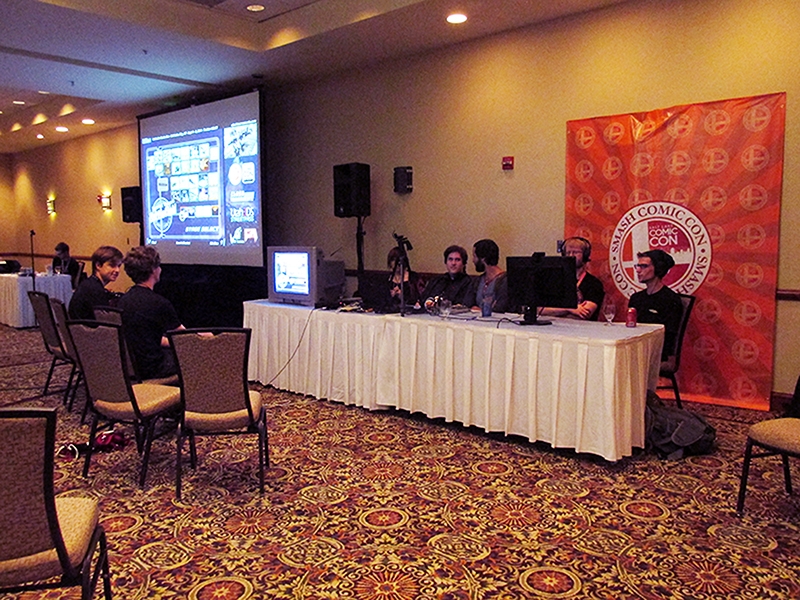 After checking out a few matches from Smash Con on Twitch from yesterday, any dream I had about joining a tournament is totally crushed. Photo: Ashley Lipper

When I was a kid, one of the games my siblings and I would play for hours was Super Smash Brothers Melee. We loved it so much that we would play 99-stock matches and play well into the early hours of the morning.

I know a lot of casual SSB fans are wondering what the hell Project M is—it’s a mod for Brawl to make it more like Melee in some of the technical aspects. It’s unique enough to get its own tournament slot—it’s not a clone of either game. The whole tournament consisted of about 125 participants, and was whittled down to 12 for the finals on Saturday.

Most of the contestants were local, but there are a few that are from out of state. A few have come from Clash Tournaments to compete, which gives our little tournament a bit more of a draw from the national crowd.

The finals will be on the front page of Twitch tomorrow, so even if you can’t make it to the con, you can check it out. The skilled 12 will get into Comic Con on Saturday to compete on the big stage that resides in the game room, room 155. The tournaments will be all day, starting with Brawl at 11:00, Project M at 2:00 and Melee will close it out at 4:00.