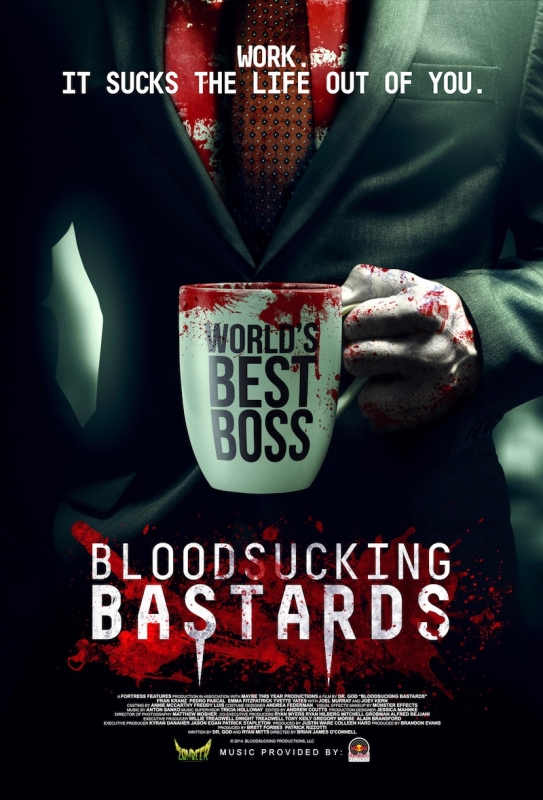 In the first feature film written by the comedy genius team Dr. God, Fran Kranz (The Cabin in the Woods, Much Ado About Nothing) plays Evan, an overworked call center employee who can’t seem to find his way up the corporate ladder. Evan’s boss (Joel Murray of Mad Men) overlooks him for a big promotion and instead chooses for the job Evan’s college rival Max—played by Oberyn Martell … I mean the Red Viper … I mean Pedro Pascal—crushing what was left of Evan’s self esteem. But when strange things begin happening both around the office and to his co-workers, Evan must step up his game and prove he’s ready for a leadership position. While slow in spots early on, Bloodsucking Bastards quickly snowballs into an action-packed, blood-soaked avalanche of vampire fun madness. In case of actual vampire infestation, it should be noted that pencil crosses do not ward off any form of nosferatu—not even the sparkly kind—but supply closets are excellent places to stock up on weapons to fight off the living dead. Props to director Brian James O’Connell for excellent use of short flashbacks throughout the film to transform the exposition into hilarious comedic moments. Get your ass up to Slamdance and find out if Evan will be able to Oberyn Oberyn (#GOTreference) or if his call center co-workers will be doomed to become soulless puppets lost within the ranks of a faceless corporation … oh, wait, it might be too late for them either way. Bam snap!