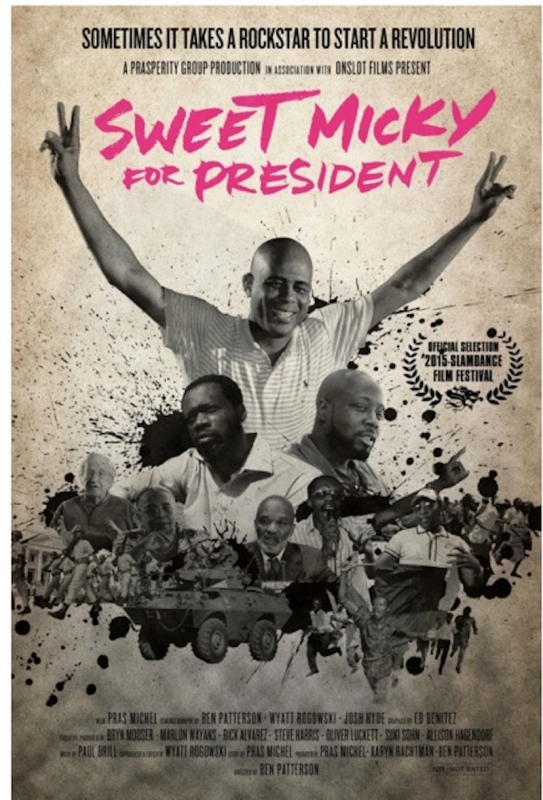 In this musically-satiated documentary following Michel ‘Sweet Micky’ Martelly’s political journey to become Haiti’s President, there is a bounty of information to be absorbed and learned about the political processes outside of the United States. The first 15 minutes act as a history lesson to the last 100 years of Haitian politics, exploring the democracy—and the corruption—of the country’s past. After the crippling Haitian earthquake in January 2010, musician Pras Michel of The Fugees pushes his friend (and former Haitian music superstar) Martelly to run for President—and in August of that year Martelly announces his candidacy. His political run begins hitting some bumps when another Fugee member, Wyclef Jean, announces his own run for the presidency. Through inexperience, opposition, internal turmoil and government corruption, Sweet Micky For President takes viewers on a journey towards the future of Haitian politics—which unfortunately are still on shaky, uncertain ground even today. Through the immense use of music and the inclusion of many film and music icons, this documentary provides an in-depth glance into Haiti’s political realms without coming off as a typical “political” doc. –John Ford