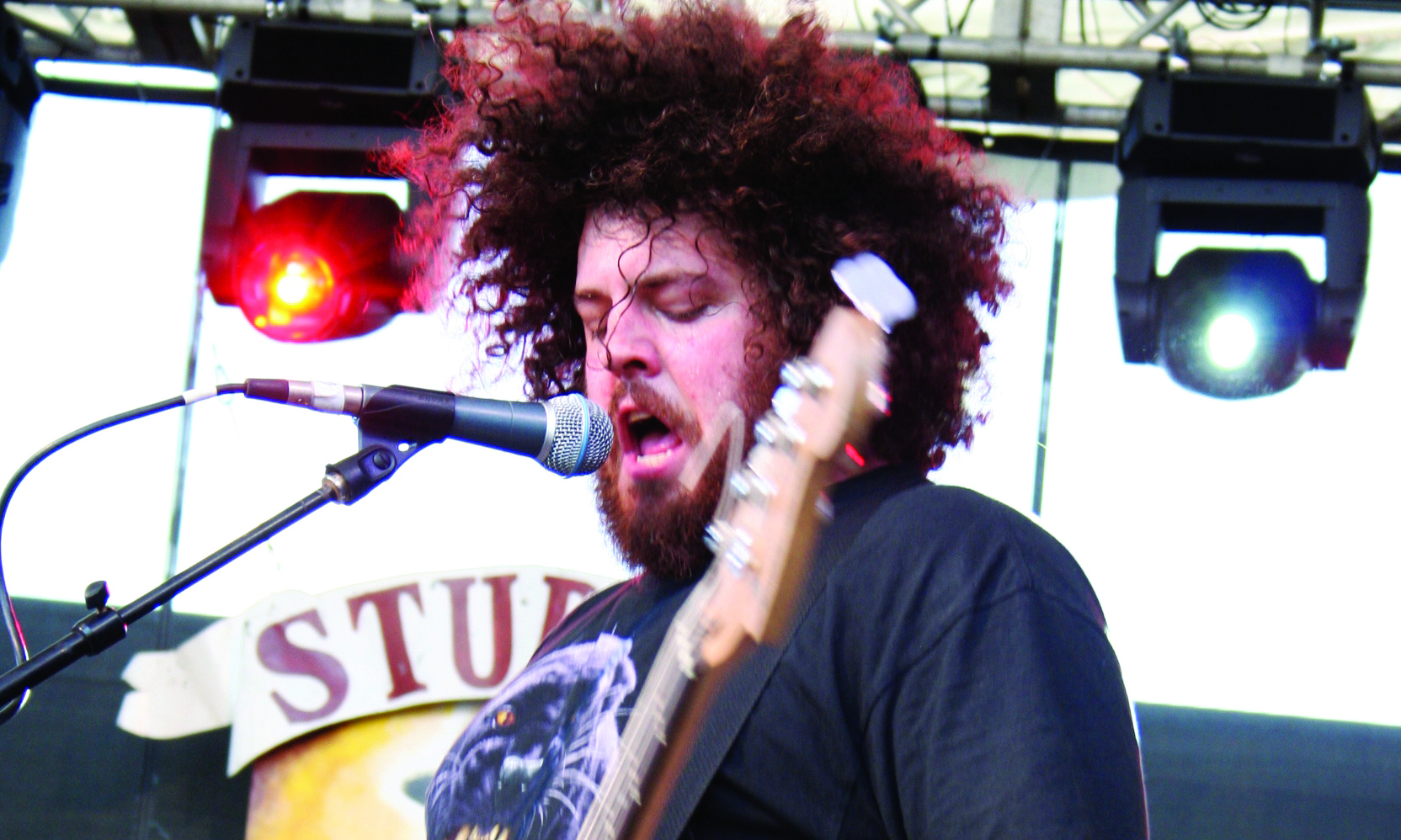 2007 was a stellar year for SXSW. With over 2000 bands populating 40-plus venues on a crowded downtown Austin, Texas you’re bound to run into some great … and not so great live shows. As musical émigrés for your SXSW experience, SLUG Magazine is here to present the hit-and-miss list. Five bands “hit” and five bands “missed.” You’ll be surprised who makes what list and what awesome things we saw in our one week of music, meat and booze.

A little-known band out of Finland whose recorded output is amazing, but live, they really disappointed. Recorded, they sound like a great mix of Velvet Underground, Son House and the Buzzcocks with a keyboard, but what started out in the 1980s as a punk band with the fast and simple ethics of the Minuteman has turned into butchered country songs, a drunken keyboardist and a lackluster performance live. I saw these guys at a Finnish music showcase at Bourbon Rocks. Now I know why they’re not so well known in the States. –Erik Lopez

So what if Willie Nelson’s kids play in this band? They still blow. Equal parts (unfortunately) of reggae, country and Led Zeppelin, this is the first release off Willie’s new label, Paderales Records. They ended up playing in a plush ballroom in the Four Seasons Hotel catered with chicken wrapped in bacon. The only “plus” of this band? Willie’s kid (the one not playing drums) sounds like his father and when he gets his head out of his ass, he will probably be really great. –Erik Lopez

Big Business’ Jared Warren and Coady Willis moonlight as the other half of The Melvins–occupying the coveted slots of “new” bass player and second drummer. Yes, that’s right–the Melvins now have two drummers. If you have not yet seen this latest incarnation, YouTube the shit right now!

While these guys produce solid, interesting albums, live they are prima-donnas and sound just like the record. They wasted all of their time setting up their gear and sound-checking (the band is comprised of only three people!) and only played three songs. I waited an hour in line to see them at a sold-out Antone’s. Needless to say, there were plenty of pissed-off people. Next time, if there is a next time, I hope they get off their pedestals and just play like the rest of the bands do, with what they got. –Erik Lopez

The name says it all—Dynasty Handbag. Sounding more like a Gucci knock-off or a more DIY, lo-fi Peaches, Dynasty Handbag amazed me because well, she looked like a mom with a pill-popping problem, dressed in green and black 80s dance tights, lip-synching her own songs from a laptop. I saw Dynasty Handbag on the “main stage” of Misses Bees. If that isn’t inspiring, I don’t know what is. –Erik Lopez

SLUG Mag neighbor and poet, Brett Bryant, introduced me to Fujiya & Miyagi just weeks before I caught wind of their intimate live performance for Seattle’s KEXP community public radio. For three days the radio station set up camp in the television studio of Austin City Limits, broadcasting live performances from their favorite artists playing SXSW. The ACL studio, located on the Austin University campus in a generic six-story building, was a $10 cab ride from 6th Street and Fujiya & Miyagi’s set made it worth every penny. This UK-based electronic duo recently turned trio, released their second full-length, Transparent Things, this past January. Their short, six-song set was pulled from this release (which is actually a collection of singles the bands has recorded and released separately over the past four years). What made this show so fantastic (besides the amazing production and sound quality of the venue) was the band’s ability to recreate the trance-inducing dance melodies found in their studio singles. Note per note and whisper per whisper, their live incarnation lured all the ladies on the dance floor … setting them off in a down-tempo dancing frenzy. –Angela Brown

THE SHIT!
Green Milk From the Planet Orange
Flamingo Cantina: The Panache Showcase

Green Milk From the Planet Orange hails from Tokyo, Japan, and packs a heavy-handed progressively psychedelic punch to the face. Bassist Benjian, guitarist Dead K and drummer A fucking wallop as they yell, scream, stand on chairs and annihilate the crowd with their onslaught of noise á là Acid Mothers Temple. I saw them play in a small bar called the Flamingo Cantina and to see the energy of the contrasting trio of tall bassist, small guitarist and fast drummer all in synch made me realize that, contrary to popular opinion, size does matter. –Erik Lopez

Having seen these Chicagoans perform for 10 people at Kilby Court with more energy than at this industry showcase packed full of people, it was clear that tonight, The Ponys were off kilter. Their set began at 1a.m. and by 1:10a.m., my hotel bed seemed more alluring than another badly rendered song. The mix was piss poor—the vocals were lost. The drums were severely under-microphoned, adding to the sludgey wall of indistinguishable guitar and bass. I could barely distinguish which Ponys song I was supposed to be hearing. Maybe the soundman had one too many free Lonestar beers? Or perhaps day two of SXSW was catching up with him and after sound checking his 100th band, he was over it. I too, felt “over it” and left in search of Austin’s infamous $2 death-metal pizza and my queen pillowtop. –Angela H. Brown

Kentucky, motherfuckers! Pusher hail from Louisville, Ken., and are just another band in the long line of great Louisville bands. I saw these guys at the Scoot Inn and people didn’t know what hit them—heavy and triumphant post-hardcore; it was a like a bus full of kids being driven into a brick wall by a terrorist. They fucked shit up so hard that they blew the fuse in the venue! Features ex-members of Coliseum, Breather Resist and LickGoldenSky. –Erik Lopez

The Stooges were amazing! … about 30 years ago when they were in their prime. There is something about a band that gets out of retirement, does a few reunion shows and then panders to nostalgia that doesn’t translate well to a new album or new songs. I saw these guys at Austin City Limits in a crowd of 50 standing, with great sound. The only reason I think people still want to see this band is because Iggy is a living artifact of time that young music nerds idolize. Venue was awesome; band’s new material sucked. –Erik Lopez

Like Park City during Sundance or New York during CMJ (or just New York everyday), SXSW can be a bit of an overzealous party. Think Mardi Gras for indie-rockers. If you aren’t totally convinced of the SXSW experience, make sure to check out our daily blog at www.slugmag.com for more stories.