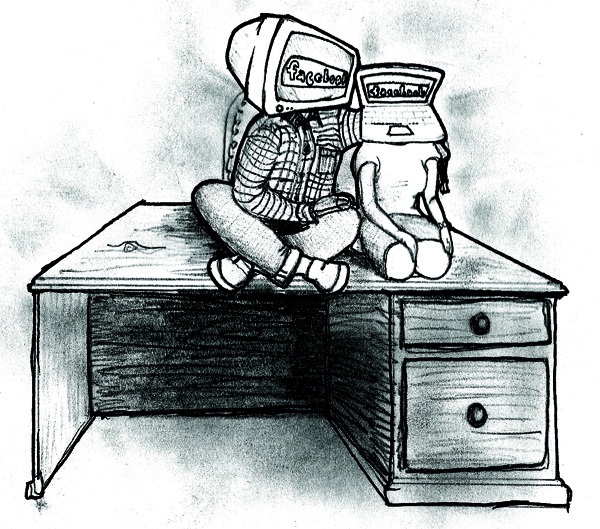 Like a haystack in a hurricane, I sometimes have the tendency to get carried away with things. Like when Star Wars: Knights of the Old Republic came out for the Xbox a few years back, I literally lost three months of my life. Playing a fucking RPG (Role Playing Game) that’s three months of time that I will never, ever get back.

I know for a fact it was close to three months because the game logs how much time you’ve spent playing it. But after about two months into the digital quest to destroy the Sith, I learned the game was just playing me.

“Hey Mike, we’re going skating, get off your ass,” My roommate Paul would say. To which I would reply, “Fuck you Paul! I gotta level up!”

This is why, barring a major life crisis, I will never start playing World of Warcraft. It’s the exact same reason I don’t play poker, shoot heroin or listen to James Taylor: I’m afraid I will never stop if I start.

Who knows? I could be the worlds best poker player or have the most bestest wizard on WOW, but if I start doing things I can’t stop, I’m not gonna have time to dedicate to my other time–consuming vices. I try to rotate my bad, addictive habits out like a revolving Chinese dinner table.

“Fuck you Paul! I gotta level up!”

Like during basketball season, it’s pretty much a guarantee where I’m going to be during a Jazz game, and it’s not in the Delta Center (I refuse to address the house that John Stockton built as the Energy Solutions Arena! Blasphemy!). It’s on my couch pounding beers and pulling tubes.

But once basketball season is over, I need to replace that vice with something else. Like a junkie looking for his next fix, I feel incomplete during the off-season. So what did my dumb ass go ahead and do after the LA Fakers dropped the Jazz in the playoffs?
Got a Facebook account.

Facebooking fits well with the theme I gave my life for year number thirty, which is to become everything I’ve ever hated so I can find more things to like. So I bought a fixed-gear bike, an iPhone, and a couple of V-necks. Now I know how to update my FB status on the nations fastest 3G network while doing a track stand and exposing my three chest hairs.

I actually started my FB account while slaving at the SLUG office one day. Angela suggested I do it to get ahold of all the motherfuckers that I was having trouble getting in touch with for various SLUG events I help out with. I also wanted to promote a Fucktards show and heard that promoters were killing it with the FB.

It seemed harmless enough. I thought it would just be like my Myspace page that I never use (sorry, Rupert Murdoch). I never got into the whole Myspace thing. The leading cause for college kids dropping out seemed more retarded to me than the parking lot at the special Olympics.

“Facebooking fits well with the theme I gave my life for year number thirty, which is to become everything I’ve ever hated so I can find more things to like.”

I didn’t get making friends over the internet. I always thought that was what real life was for. Like “Two Girls, One Cup,” it just seemed wrong. Facebook would soon prove otherwise.

So I sent out a ton of friend requests and people were accepting my friend requests as fast as NASCARs. Then I realized that in real life I’d never want this many friends—way too many birthdays and shitty party obligations to fulfill. Remember what I said about my vices taking up my time? As of right now my friend count is at 479. I know, I’m popular right? No offense to my 479 digital buddies, but there’s no way I really like all of you. I just want all of you to come to the next Fucktards show, that’s about it.

There’s no real way to tell people to go eat a bowl of douche flakes on the FB. I really wish there was though. Everything’s all positive and nice like candy canes. You can only “like” comments and pictures. So sweet. The only real way to tell someone to go get fist fucked on facebook is summed up by a new word. A new word that, like “sexting” (Cell Phone Humpage,) will be recognized by Webster’s within the year if my calculations are correct. And the word of the day is DEFRIENDING!

I’ve taken a liking to making friends with people who annoy the shit out of me just so I can defriend them. I have no other way to let them know I don’t like them. It’s immature, but so is Facebook and the amount of time I spend on it.

After changing her FB status from “in a relationship” to “it’s complicated” to “single,” a friend of mine got defriended by her ex-boyfriend. This is so hilarious to me. Like, “I’ll show her! Now she’ll never know how I did on the ‘how well do you know The Goonies quiz’ and she’ll never know what my ‘Authentic Hooker Name’ is or that I am now a fan of chocolate pudding! Take that, ex-girlfriend!”

“No offense to my 479 digital buddies, but there’s no way I really like all of you.”

For as much shit as I’m talking on Facebook, I’m on it like a hooker’s on her back, which is why I consider it a vice. I hate blogging, but I love blurbing, and FB has been my favorite place to blurb lately. Actually I don’t know where else I would blurb. But sometimes people put the stupidest shit on their FB blurbie thingies. I hate it when they talk about the weather. I know we all have to vent, but fuck, I already know it’s hot or raining outside and that you and everyone else hates it. I can look out my window to know the weather, or actually put my computer down and go outside, so knock it off with the weather updates people.

As I’m writing this I sent out a “what’s on your mind?” update that stated that I was going to write my next SLUG piece about the evil powers of the FB, and asked for suggestions. The best one I got was not to Facebook drunk. It’s as dangerous as getting behind the wheel after 15 Jagerbombs. A drunk update safeguard was suggested, which I think is a tremendous idea.

Another comment I got was about how if we keep updating each other on our pathetic little lives on FB we won’t have anything to talk to each other about when we see our FB friends in real life. I can’t believe how some of my best friends on FB won’t even really talk to me at when they see me outside the Matrix. I’m not offended, just weirded the fuck out.

I think it even lead to one guy I know canceling his Facebook account all together. He put a post up saying that he was gonna do it in three weeks, and a couple people tried to tell him not to and wanted to know why.

The reasoning made perfect sense to me, but may not to others. He commented that he was naturally too introverted of a person and that the evil powers of FB were making him feel the need to have real conversations with people. He found it strange that people he normally wouldn’t talk to were posting every weird shitty detail about his life.

“I can’t believe how some of my best friends on FB won’t even really talk to me at when they see me outside the Matrix. I’m not offended, just weirded the fuck out.”

So yeah, like a fat kid in a pudding pile, I don’t see myself stopping my FB consumption any time soon. It sucks. But on the bright side, it has made cyber stalking much much easier. We already had the Craigslist killer, I think it’s only a matter of time until we have the Facebook Assassin.