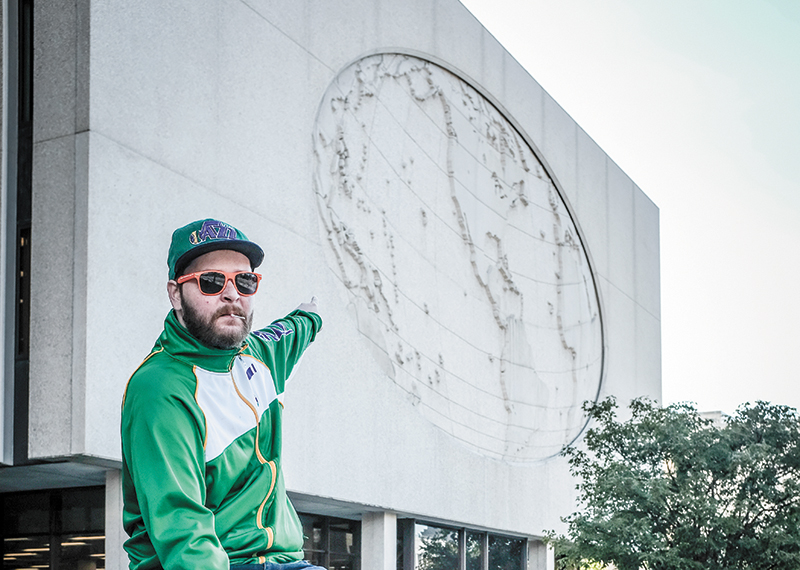 An Open Letter in a Flat Magazine to Flat-Earthers

I appreciate a good conspiracy. Rarely do I actually believe a conspiracy I hear about because I’m a big boy who can think for myself, but I do love hearing about alternative reasons to weird shit. Whether it’s how Tower 7 fell down during 9/11, just how and why JFK gave his wife a brain bath, or if we really walked on the moon, there can be an honest level of critical thinking that arises if you can sift through all of the tin foil hats. Alas, there can also be a lot of crazy bullshit and nut jobs.

Hence, you, the flat-earthers. Now, I’m not here to tell anyone how or what to think. I don’t like being told what to believe, so if you really believe the earth is flat, please continue on. Your beliefs won’t effect my day-to-day routine. Sure, I’ll engage in a friendly debate or conversation at the belly of the bar. But if you try to convince me that the earth is actually flat? Well, I won’t think you’re a bad person. I won’t try to convince you otherwise. I will let you buy me a drink, but I will be judging you, in the front of my mind, as a fucking idiot.

Please don’t take that the wrong way, F.E. bros—I think lots of people are fucking idiots. I feel like I’m good at spotting fucking idiots. I know plenty of people who don’t believe in dinosaurs and believe in a weird, boring book instead. And with our new presidential administration—and flat-earthers, too—alternative facts are OK and science is now subjective. We are swimming in a sea of idiocy.

I’ve met juggalos who look like Stephen Hawking when they stand next to you, the flat-earther. They may not know how magnets work, but at least they can admit that.  If you don’t know what I’m talking about, let me just explain to other globers (a derogatory term created by flat-earthers describing people who think the earth is round) who may not be familiar with your beliefs what you guys believe.

First of all, the earth is flat. That’s the meat and potatoes of it, but it goes much further. The oceans are surrounded by an ice wall that holds everything in, kind of like the one on Game of Thrones I think, and there’s a dome encompassing the horizon. There’s no such thing as satellites or GPS. And every photo you’ve ever seen of the earth from outer space is a CGI image provided by NASA.

Oh, and there’s no Antarctica because that’s actually where the ice wall would be if the earth was flat, even though there are no actual pictures of the ice wall. This is easily proven by you, flat-earthers, because according to you, there are no airline flights that go over Antarctica. OK, whatever.

The ice wall is just one small facet of flat-earth belief that a flat-earther will debate with a glober, mostly via a Facebook group, until their fingers go numb from typing bullshit. Other topics that globe-heads get involved with in these Facebook discussions are questions like “Please explain the tides” or “How does the eclipse work then?” or “Why are other planets round?”

Each question will spur hundreds, sometimes thousands of replies from flat-earthers. Some F.E. dudes on these threads are just internet trolls; some try to actually scientifically justify the questions with bad math or funny YouTube videos. But the rabbit hole it can suck you down is pretty deep. I could take up the entire word count of the magazine with questions and “answers” between globers and flat-earthers, so I won’t.

I have better things to do that hear you justify how my cell phone works without satellites. But my biggest question to you, Flat-Earther, is what’s the end-game here? Like, you guys keep talking about how round-earth “theory” was created by those evil bastards at NASA. But why? Like, what does NASA have to gain by convincing everyone the world is round?

But seriously, here’s my flat-earth theory. Much like unsolicited dick-pics, flat-earth beliefs seem to have been spawned from the recent dawn of technology. With the help of Google, Flat-Earth seems to be perpetuating itself with the same mechanics of a religion. I’ve noticed a strong Christian undertone from a lot of Flat-Earthers, which comes in handy when arguing against science.

Much like the ice wall, many religious people have never seen the god that they so strongly believe in, which is OK because in Flat-America, we can believe what we want. But I’m willing to bet that some of you guys that are on the cutting edge of flat-earth will eventually become some sort of Internet evangelists. They shall market themselves to other flat-earth believers and take their money via a gofundme account instead of a collection plate, promising expeditions to the ice wall instead of heaven. Jim and Tammy Bakker will have nothing on you. And I seriously think this will happen if it already hasn’t.

Flat or not, us pesky humans sure are fucking up the earth’s environment. If we all quit arguing over stupid shit—whether it is flat-earth, war or religion—and just picked up some trash once in a while, we all would be better off.