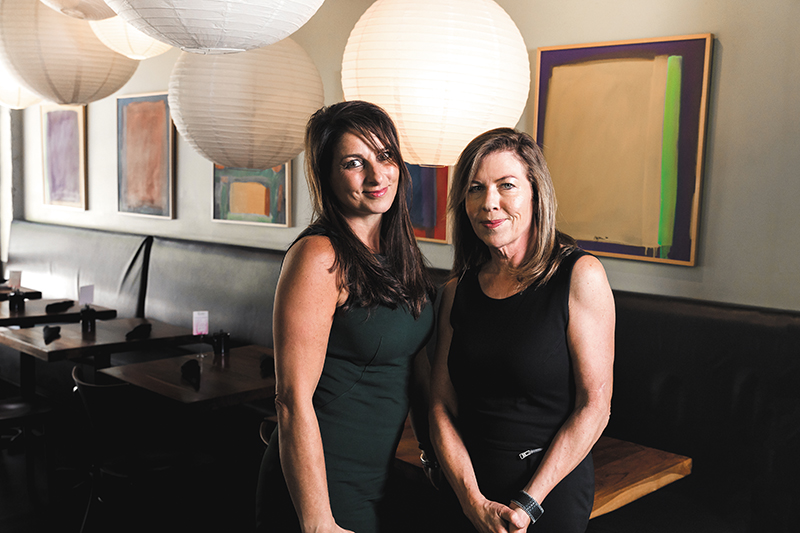 What the Salt Lake Area Restaurant Association Is Doing For You

Recently, I overheard a couple attempting to order a mimosa before their flight on Sunday morning at the Salt Lake City International Airport. The bartender nicely said, “I apologize, sir. I cannot serve you until 8 a.m.” This ultimately led to a discussion about Utah liquor laws. It was Sunday, and in the airport, patrons can be served alcohol at 8 a.m. At all other locations, the starting time is 10 a.m. Obviously, this guy was well-traveled and thought it was bizarre. (Notably, in the Atlanta airport, patrons cannot be served alcohol until 12:30 p.m. on Sunday.) Conversations like these surrounding Utah liquor and restaurant laws occur daily for the Salt Lake Area Restaurant Association (SLARA).

In Utah, SLARA has been lobbying to help educate and create a mutual understanding of both liquor and restaurant laws to better the local community and economy while raising the level of tourism happiness. “Prior to SLARA, there was not a focus on legislation to help restaurants,” says Michele Corigliano, Executive Director of SLARA. The organization is spreading the word that Utah is coming up in the restaurant scene, and they want visitors even passing through the airport to feel it. Tamara Gibo, Co-Owner of Takashi and Chair of SLARA’s Board of Directors, believes that SLARA has played a role in bringing industry folks together. “Our members truly support each other, whether it is to help legislation or offer up ideas or assistance to another member,” says Corigliano. “When a restaurant can call another restaurant for business advice, it brings our restaurant community closer, encouraging growth and sparking creativity.”

Primarily focused on independent restaurants, the organization promotes the industry across the entire state of Utah. Created in 2014, SLARA can be credited with helping to educate local politicians on how the restaurant and bar industries work to thrive and how they help the local economy. The most recent legislation they were involved with was the removal of the Zion Curtain. By communicating with and educating legislators, SLARA was a major supportive factor in helping to take down the Zion Curtain in bars and restaurants, as well as moving “first drink” time 11 a.m. to 10:30 a.m. on weekends and holidays (weekdays remain at 11:30 a.m.). “The NBA would not be great at writing Lacrosse rules,” says Corigliano. “SLARA hopes to educate legislators with the restaurant industry in mind.”

If you’re not familiar with the Zion Curtain, it was originally legislated as a partition unique to Utah restaurants that separated restaurant bartenders preparing alcoholic drinks from the customers who order them. The partitions were mandated for restaurants with “Limited-Service Restaurant Licenses” and “Full-Service Restaurant Licenses.” They were mandated in hopes of combating excessive drinking by keeping alcohol out of sight of restaurant patrons who choose not to consume alcohol and those who are too young to do so. As of the spring 2017 legislative session, the Zion Curtain laws were revoked.

In the summer of 2017, SLARA hosted their first major annual event, Salt Lake Food & Wine Fest. With wine education classes and the opportunity to meet with local Utah distillers, SLARA has taken the first step to helping Utah establish national appeal. “We even hosted Facebook Live conversations to get people excited,” says Corigliano. There are big plans for the festival. SLARA hopes to make it an experience people from all over will travel to, such as the Santa Fe Wine and Chile Fiesta. SLARA is also in conversation with the James Beard Foundation Celebrity Chef Tour to host a dinner in Salt Lake.

In addition to events and legislation, SLARA hopes to help the local economy. Restaurant industry businesses support the organization—however, employers such as Domo are also members. Gibo says, “David Parkinson, CEO of Method Communications, believes SLARA’s initiatives are a key element that make the transition to Utah easier for people moving or returning to the state as well as keeping people here. There is a stigma that there is nothing happening in Salt Lake City and the restaurant and nightlife scene is lacking. Domo and others are a big part of SLARA because they want to recruit top talent and see the economy grow in Utah.”

Salt Lake can compete for local and tourist dollars with such restrictions on laws compared to other foodie cities, something Corigliano agreed about. She says, “I think we are in a learning curve in this city as it relates to the restaurant business and politics. Where we are today, we want to improve Salt Lake’s appeal as a culinary hotspot. By working with legislation and our members, we can take a step forward to compete with other cities’ restaurant events and festivals.”

I have seen a major change in the restaurant scene in the past five years. There is a lot of growth Downtown, and it thrills me to see the variety of independent restaurants. Food and wine brings people together. If Salt Lake wants to bust onto the scene in a big way (you know, receive national accolades and recognition), we need laws that are conducive to helping make this happen. SLARA is great for that, and I have much respect for what they are trying to accomplish. They don’t want to fight—they want to educate and find common ground. For the first time Utah and Salt Lake have a collective voice to help this industry grow and expand to its full potential.