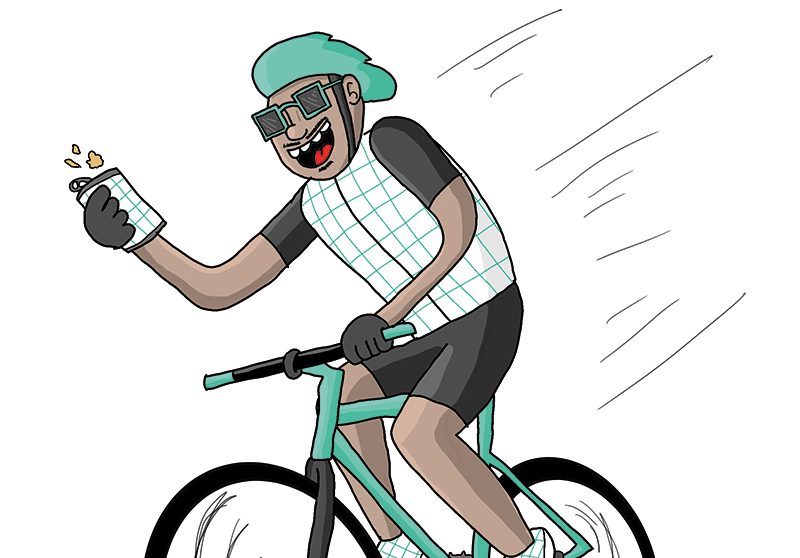 What would you name our made-up mascot for Grid City? Comment on this post with your name! Illustration: Ricky Vigil

Utah keeps gaining momentum with our craft beer scene. At press time, by our count, there were five breweries either just beginning to sprout or on the verge of a full bloom for opening. Here you’ll find some updates from Grid City Beer Works. You can also click the links to find more upcoming-brewery information from Maple Mountain Brewing Co., SaltFire Brewing Co., Toasted Barrel Brewery and a brand new, yet-to-be-named brewery.

SLUG: Who all is involved with Grid City Beer Works, and what compelled you and your group to start a brewery?

Belliveau: The team consists of me, Justin Belliveau; my neighbor in SLC, Drew Reynolds; our Head Brewer, Jeremy Gross; and James Grady, our brand ambassador. I’ve always loved beer, but Drew moving in next door to me was a huge catalyst. His beer collection is the culmination of visiting 600 or so breweries, and it opened my eyes to how amazing beer can be. We saw an opportunity to do/add something special to SLC by starting a brewery where Jeremy’s talent would shine. He’s a true artist and has the ability to do something really challenging, which is to make really enjoyable 4-percent beer. Our philosophy is to keep it simple by offering well-balanced and refreshing beer, and to present it in a space that showcases how it’s made and celebrates beer as a great way to celebrate life.

SLUG: Where did the name come from?

Belliveau: Naming a brewery is really hard when there’s 6,000 or so out there! We started out with another name and filed for trademarks, but received a cease-and-desist from a very big winery in California that was launching a line of wines under the same name. So we went back to the drawing board and sought something that makes a direct connection to Salt Lake City. The Plat of Zion is one of the inescapable realities that defines life here. I’m a little embarrassed to admit that when I moved here from Boston, I found it hard to get around—we’re inclined to be skeptical that there’s a direct and convenient route between places, so it took a while to trust the grid. It’s interesting to us that no matter where you go or what you’re doing, you know where you are in relation to one spot in downtown SLC. Even the survey of property throughout the state refers back to Base Meridian, and we like this for its simplicity and how it designates the importance of SLC. At its heart, beer is a local offering that celebrates its surroundings, so we like the name because it says where we’re rooted, with Beer Works having a special connection to the industrial surroundings and history of the Euclid neighborhood.

SLUG: What drew you to the Euclid neighborhood? Why is it important to have a brewery in this area?

Belliveau: We stumbled on the Heritage Forge property by pure luck. We were looking at leasing property, when our agent, Sean Neves, suggested we look at purchasing property. He brought this site to our attention, and when we set foot there, it was like discovering treasure. There are so many pluses about the neighborhood that have us really excited. It’s close to Downtown and the airport, there’s a Trax stop one block to the north, lots of housing being built in the area, Red Iguana 2 has proven that an F&B business can succeed here, the views back to the skyline of Downtown and the mountains beyond are amazing, and one day soon, the Folsom Trail and daylighting of City Creek will bring bike and pedestrian traffic right by our door. There’s also a longstanding residential neighborhood on either side of this sliver of industrial uses that once were sandwiched between two sets of railroad tracks. For us, it seems like the ideal spot for a brewery, in that we’re bringing one entirely new form of industry here that also creates a neighborhood gathering place with the taproom and beer garden.

SLUG: How does Grid City plan to champion/promote the existing neighborhood and its residents?

Belliveau: The network of people and businesses around us is so strong that it feels like we’re already part of the family. In particular, the River District Business Alliance, Sugar Space Arts Warehouse, Neighborworks, Red Iguana, Mestizo and neighborhood watch groups have been really welcoming. We need to meet this high standard by creating a place where the neighborhood and its residents can gather to savor the experience of beer. We’ll have a taproom serving casual food and a large, outdoor beer garden with music and space to enjoy a beer with your dog. We want to be the place where locals go, whether it’s for their special event, a meeting, or just to hang out and enjoy the sun, and to contribute to the pride of place that west-siders have for their neighborhood.

SLUG: What kinds of beers do you plan to offer consumers once you’re up and running?

Belliveau: We’ll have an offering of four core beers on draft: a Mexican-style lager, Berliner Weiss, cream ale with orange-blossom honey and a dry-hopped pale ale using Cryo-hops. These core beers will be a blank canvas for us to serve multiple ways with different adjuncts, fruits, hops, yeasts, etc. Our 5-bbl pilot system will allow us to supplement this with releases of other kettle sours, and a multitude of different lagers and ales. Our barrel program will begin soon after we are up and running, and we will be working with some unique species of wood. We’ll also be looking at ways to innovate the service of some of these beers through nitro and cask. The license we are applying for will allow us to serve our full-strength offerings in-house as well.

SLUG: Knowing the realities of building a business from the ground up, what are you projecting your timeline is to have a fully operational brewery up, running and open to the public?

Belliveau: We’re looking to break ground in May, and hope to be open before the end of 2018.