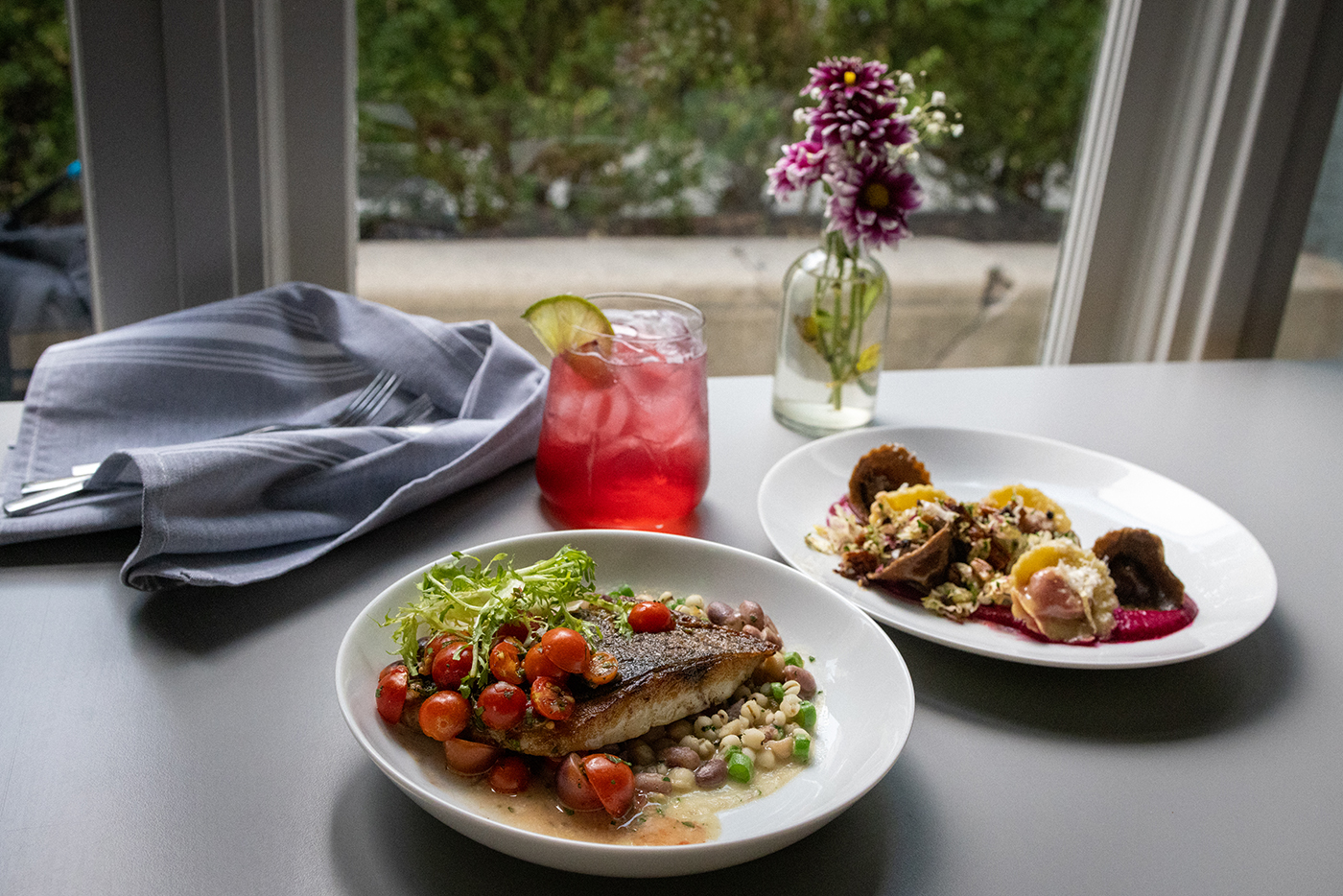 In Season at Arlo

Foodie dreams come true at Arlo, a Marmalade district restaurant awash in greenery that sits snugly amid vintage residential buildings. Arlo provides a humble fine-dining experience that is a rare find. While focusing on seasonality and sustainability, Arlo does not sacrifice quality or shy away from bold, creative dishes.

“Arlo provides a humble fine-dining experience that is a rare find.”

With their own whole-animal butchery program, chef Milo Carrier has partnered with local farms to provide his guests with the best produce and products available in a given season. This is seen in their current menu, which boasts such fares as Ravioli ($20) (with braised lamb, gruyere, chicories and roasted beets) and the Sea Bass ($30) (with french green beans, braised heirloom beans, spring onion and sauce vierge). Designing a seasonal menu can be a challenge but is ultimately worth it; not only does it keep a menu fresh for repeat guests, but it also allows for greater creativity and more responsible kitchen practices. Ingredients are more thoughtfully used and honored, which can be overlooked with more concrete menus.

From the front door to my seat, I could see that this restaurant was designed with great care and affection. While the interior design leans modern-chic, the colors and layout of the dining room promote comfort. The staff were amiable and genuine as though I were dining in a friend’s kitchen. My date and I chose several of their drinks to try—the smoothest Whiskey Cocktail ($12) I have ever tasted with Earl Grey syrup and bitters, a lightly sweetened Rum Cocktail ($12) with lime and mint and a refreshing, red-wine-and-sage Blackberry Spritzer ($8).

For appetizers, I chose the Bread and Butter ($4) and the Fish and Chips ($8). I have had both more times than I can remember, but I was not prepared for Carrier’s version of either. The tender bread was baked in cinnamon roll fashion and had a very crispy crust. It was paired with a creamy butter that is the perfect balance of salty and sweet and is “quite possibly the world’s finest French butter,” as Arlo’s menu claims. As for the clever twist on fish and chips, the crisps were lightly salted with a hint of vinegar and served alongside a dip made of smoked halibut, creme fraiche and herbs.

“The tender bread was baked in cinnamon roll fashion and had a very crispy crust.”

When it came to the entrees, the previously described ravioli had all the qualities of a well-made pasta—it was of the proper thickness, exactly al dente and elastic enough to contain its flavorful filling. These rested on a slightly sweet, earthy sauce made from beets. I had to remind myself that licking the plate clean was inappropriate in such an establishment, although I doubt any other diners would have judged me for doing so. The sea bass had skin that was impossibly crisp for such a well-cooked fish. For dessert, I chose the Zucchini Cake ($12) with basil ice cream, pistachios and honey and nearly refused to share. My date picked the Chocolate Tart ($12) with almonds and apricot sauce. The sauce elevated what is considered a classic dish to a new tier of deliciousness by toning down the richness of the chocolate, amplifying its more subtle notes of roasted almond and dark coffee.

Arlo is a game changer when it comes to contemporary cuisine, from drinks to entrees to dessert. Their website says that after adventures abroad, Carrier was excited to return to his hometown of Salt Lake City “to partake in its cultural evolution and share his take on meaningful, quality food,” and I believe he’s doing just that. I’m hooked after one night, and I can’t wait to see what he does next. Reserve a table of your own at exploretock.com/arlo, and follow Arlo on Instagram @arlorestaurant.