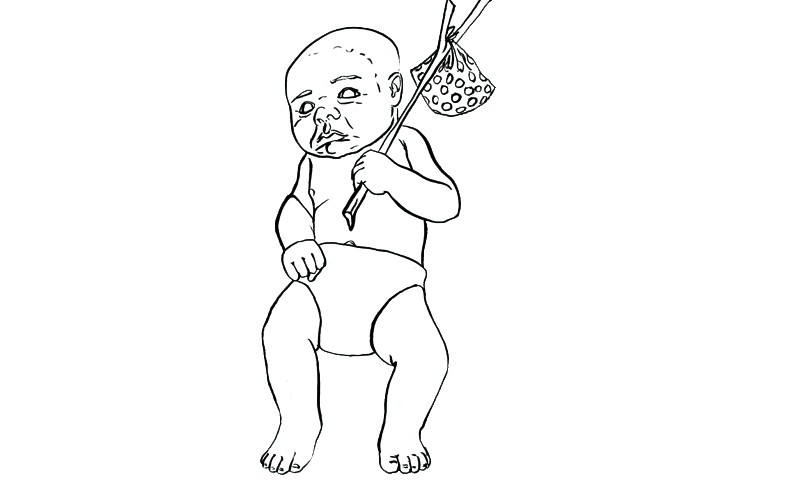 How to Run Away From Home

I’ve been writing a lot of articles for grown-ups lately like the controversial John Amichi interview to the history of drinking in Utah. It’s time I do my part and write something for the kids … like a how-to article on how to run away from home. I figure that if some kid needs to run away from home, they should have some tips on how to do it right.

Please, parents and adults, don’t get mad at me for suggesting that this is helpful. It is. If you are a good parent your child will not want to run away and you have nothing to worry about … and vice versa, if you suck at nurturing sperm and eggs into the young human cocktail known as the teenager then your kid wants to run away and probably should. That means you’re a bad parent and you cannot get mad at me or SLUG.

With that said, I’d like to tell you a story about my friend Jake who ran away from home when he was barely 15 (I’ll be dishing out tips on how to run away throughout this story, so pay attention). Jake and I met in rehab when we were teens. Jake had done a lot more drugs than I had and he was from California. He even had a home made tattoo on his ankle that said “speed” which gave him instant street cred amongst the rehab patients and staff.

Jake is also very tall, loud, and intimidating, which ultimately was his downfall and the end of his running away. But here’s how it started. Jakes mom moved him and his family from Palo Alto, CA to Alpine, UT. It was no secret to Jake’s mom that he was on drugs and it was no secret to Jake that his mom wanted to put him in rehab. The big move was the first sign that Jake was going to go into the hab, so tip number one: come up with a plan.

Got that kids? If you really want to run away, you’ve got to prepare for it, otherwise you just end up being that annoying dipshit that maybe spends one night in the park and two nights on your friends couch while his parents think that you are just ‘sleeping over’ only to return back home like a pussy because you got hungry and ran out of clean underwear. Three days down the street from your house is not running away.

Here’s what Jake did. First off, he was prepared. He already had a bag packed with essentials such as clothing, water bottle, porno mags etc. He had also stolen and made a copy of his mom’s car keys without her knowing. He just had to wait for the right time to make his move. After settling in to their new nice big home in Alpine, Jake’s mom came into his room and said that she wanted to take him to the doctor’s to get a physical. Tip number two: parents will often lie to you to get you into rehab. Jake recognized this and said that he needed to take a shower before they went. This sounded reasonable to Jake’s mom so she told him she would be waiting in the kitchen.

So Jake grabs his pack, turns on the shower and locks the bathroom door from the outside, creating a nice diversion. He then jimmy’s his way up through one of the sky lights in his nice big Alpine, UT house, runs down the roof and proceeds to steal his mom’s car. By the time his mom figured out what had happened, Jake was already in Ogden.

Tip number three: know when to ditch the car. Stealing a car is a very effective way to start your escape, but there is a high risk factor involved, so know when to ditch it. In Jake’s case, you do it as soon as you get out of the state and then hitch hike to Seattle.

And as far as hitchhiking goes, it’s thought to be highly dangerous but the reality of it is it falls into the same danger category as shark attacks and lightening strikes. All three are embroidered into our culture as easy ways to die but seriously, it hardly ever happens. Has any one ever been killed hitchhiking? Yes. Does it happen every day? No. (Although, hitchhiking might be sketchier for girls so lets talk about some alternate forms of travel)

Tip number four: hop a train. By the time Jake had hitchhiked his way to Washington State, on his way to Seattle, he came across a bum that taught him the art of train hopping. Train hopping has been an effective form of free travel for years. Basically, just find a big ass train yard and jump on a train going in your direction. Train yards are literally in almost every single town in the US. And it’s pretty safe for the most part. Your biggest concern is getting run over by a train. You don’t have to worry about a bum on a train robbing you because he knows your dealt the same hand in life that he is and you have little chips left on the table.

One of the lessons Jake learned from this particular bum is that some bums like being bums and choose to be bums. As this bum so eloquently put it, “I’m a free bird, man! Just like Lynyrd Skynyrd! Free bird!”

Tip number five: change your name and stay low! Ditch your ID if you have one. Dye your hair if you can. And under no circumstances, never tell people, especially cops, your real name. Your real name can get you right back home faster than you think. Instead, I suggest coming up with a bad-ass nickname, like Catfish or Whiskey Meg. Jake’s real name was ultimately the demise of his journey, but we’ll get to that later. And by staying low, just be aggressive and treat every second with caution.

Tip number six: pick your location. This is actually probably one of the first things you want to do. Obviously, you need to go for bigger metropolitan areas, but stay away from ones with harsh climates. No one runs away to Minneapolis for a reason; it’s fucking cold up there. And although LA is nice temperature-wise, Hollywood boulevard is maxed out with runaway gutter punks. New York is pretty harsh too, weather-wise, and survival-wise, there’s a lot of competition. Only go to New York or LA if you are trying to “make it.” And trying to “make it” is a far cry from being a true runaway.

My suggestion is the North West, Portland or Seattle. Climate-wise, its very livable and there are tons of stupid hippie runaways that you can network with, learn the ropes so to speak. This is what Jake did. He was on the run a total of nine months.

When Jake and I were in rehab there was this therapy session called Ron’s Rap. Ron was this older black guy who would come in once a week and the whole shtick of his therapy session was that he would make all these stupid rich white kids feel so dumb about themselves by making fun of them. Jake’s first session in Ron’s Rap, was Ron making fun of a kid for running away for only three days. Ron was totally right. As I mentioned earlier, three days is not running away. Ron then asked Jake about how he ran away and how long he was gone. When Jake told him and the group, all Ron could say was, “Now you see kids, that’s running away!” Even Ron had to respect Jake’s adventure in order to maintain his cred with the rehab group.

So now you’re probably wondering how Jake got caught and ended up in rehab. He didn’t follow tip number five at a very crucial time. Jake had somehow made his way back to Palo Alto and was hanging out in a coffee shop. Jake is a big guy; he stands about six foot six. But an even bigger guy in a dark suit and sunglasses came up to him in the coffee shop and asked, “Are you Jake?” And Jake said yes. The man instantly pulled out a pair of handcuffs and handcuffed himself to Jake and didn’t unlock them until they were in the rehab in Salt Lake. He was cuffed on the plane ride and everything.

It turns out that this guy was a private investigator that Jake’s mom had hired to find her son. When Jake tells this story it’s hilarious because he always says, “I don’t know why I told that dickhead my real name, I mean I had been on the run for nine months and I knew that you never used your real name!”