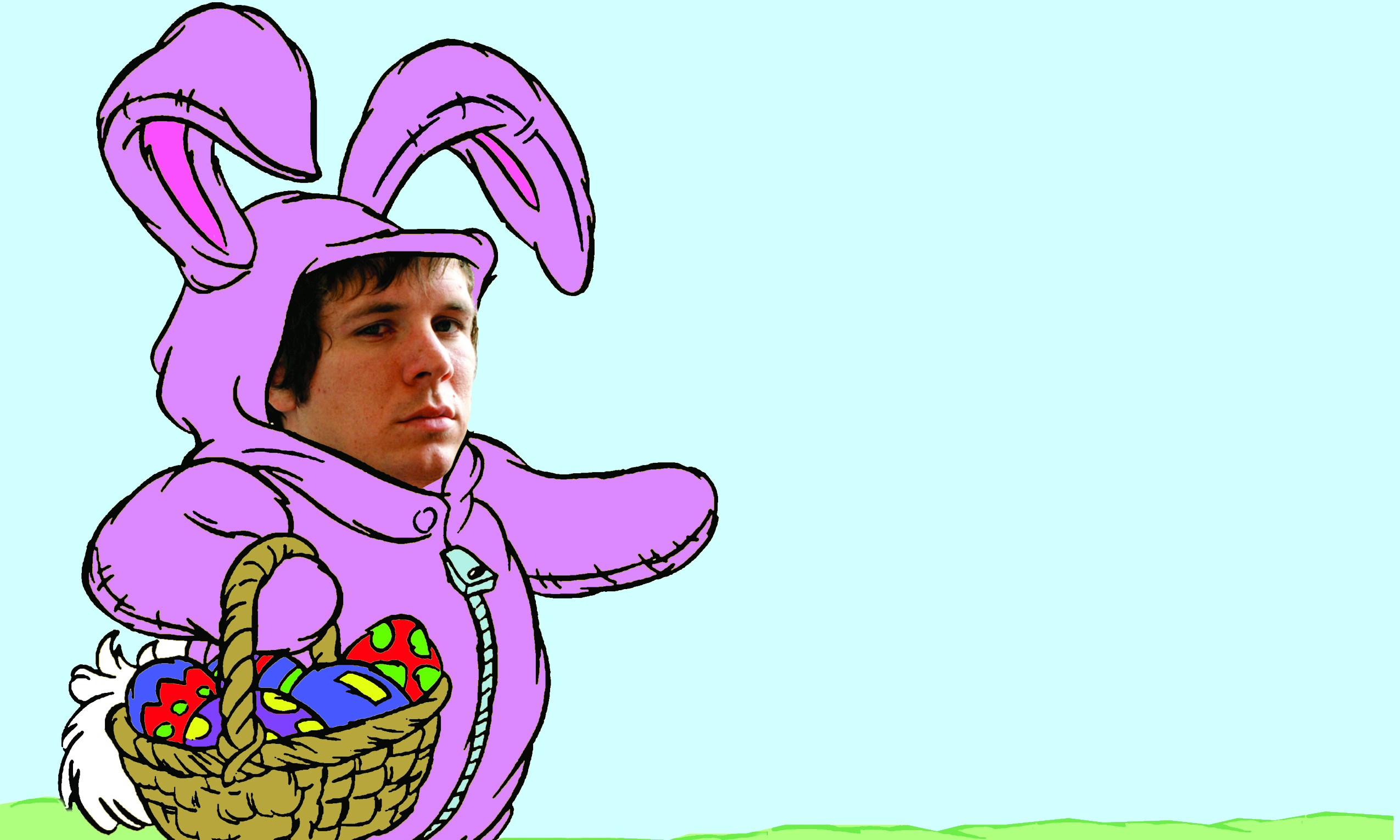 It seems that for the past while now, if some lame band or shitty recording ‘artist’ contacts SLUG and requests an interview and they don’t really want to do the interview, somehow that interview gets offered up to me. Case in point, Lisa Loeb. Why Lisa Loeb’s manager would think it would be a good idea for her to be in slug? No one will ever know. But the Slug editorial Staff thought it might be a fun time if I gave it a crack and it actually turned out to be a pretty good interview.

With that being said, lets Welcome John Peter Lewis into the mag. Don’t know who He is? Apparently he made it to the top 10 round on American Idol the year the black chick one. He also went to Ricks Collage in Idaho and BYU for a little while. Looks wise think Hillary Duff with male genitals (as far as we know) and tone down the cuteness factor from a 9.5 to a 6.8.

Funny Side note about Ricks, I heard that at social gatherings up there girls will casually go up to guys and slightly pinch them on the shoulder in a flirtatious manor to feel for Mormon Garments (holy protective underpants) and if the guy is not wearing garments (meaning he’s not temple worthy) they immediately walk away and won’t talk to him the rest of the night! If anyone who is reading this can confirm this rumor could you please e mail me? When I asked JPL if he had ever broken the honor code (I was fishing for a funny masturbation story like in Ryan Jensen’s interview) he told me he had by having long hair. That just didn’t strike me as the kind of rebelliousness that SLUG Readers could relate to. I mean, I know a dude who got kicked out of Ricks for working in a bar in Rexburg. (To me the funny thing about getting caught working at a bar while going to Ricks is that someone would have to break the honor code just to catch you, right?) Now that’s funny! I’ve been to Rexburg; I didn’t think they even would have bars there.

I ‘accidentally’ recorded Ryan Jensen’s interview over JPL’s, (JPL is what his extreme fans call him, these people also like PBJ’s, RPG’s, and ICP). But don’t worry, I got a mind like a steel trap, and most of the interview was JPL fishing for wickedly bad sound bites and trying to be cool by saying he’s read slug before. I played along, but JPL came off a little fake to me…but now that I think about it, being fake and a people pleaser is a big part of his industry so may be that’s not such a horrible thing.

Another funny thing about JPL is that he is a self proclaimed adopted son of Utah. What he means by this is that Utah was so accepting of him and if he could pick a state to be from it would probably be Utah. OK slow down a sec, so you’re telling me that Utah had no problems adopting a white Mormon Male who went to Ricks? Big Shocker. But his new album is titled Stories From Hollywood, but he’s not from Hollywood, so I know how many good stories he has. Combining these facts together led me to ask him 2 questions: First off, how has he dealt with the harsh feelings of abandonment that so frequently accompany people that have been adopted, why didn’t his real state want him? And second of all, how long will it be before he becomes California’s self proclaimed aborted fetus. I hear they love abortion in California. I then reminded him that you can argue all you want about abortion, but it’s still cheaper than a baby, adopted or otherwise.

I’m sorry JPL fans if it sounds like I’m ripping into him. But good journalism is about the truth. And truthfully, I can respect the fact that he is an independent musician working with his own label, a daunting task indeed. And I also appreciated his candid comments about American Idol. Like I asked him about Paula Abdul’s drinking problem, and he let me know that was incorrect. She’s hooked on Pills, most likely OC’s. But she was always really nice, almost flirtatious, to the contestants and usually really mean to the makeup and hair people. I would expect nothing less. He also talked about how the show was overly produced and how being on it was more like surviving than trying to win, but was honest about how it has been good for the direction he wants his career to go.

But when I asked JPL what kind of animal he would be if he could be any animal, he struggled with the question. He told me that this could make a good sound bite so he took his time. And what did he come up with? A bunny rabbit. A fucking Bunny rabbit? I mean you could be a cheetah, dude.