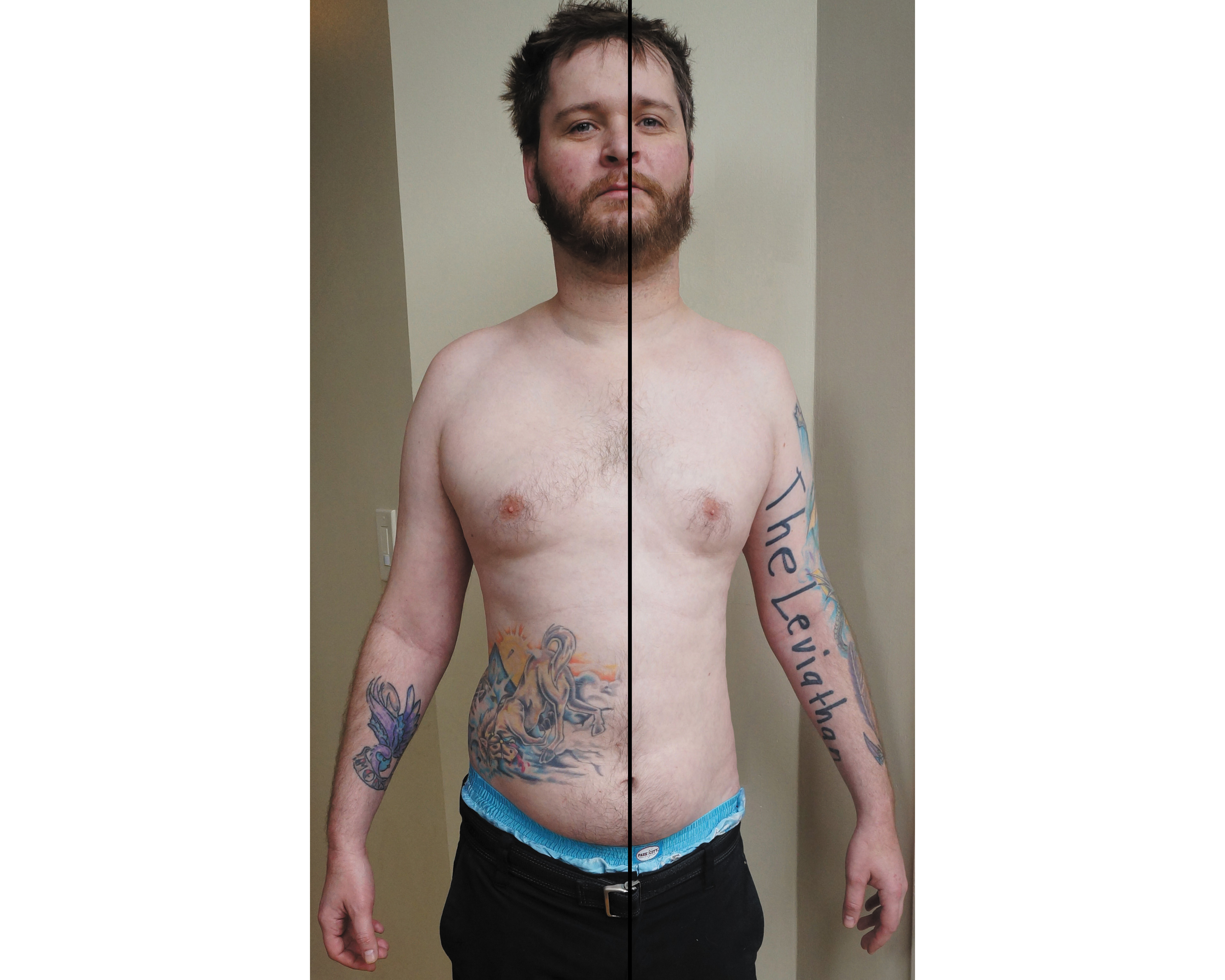 Mike Brown has secretly assessed which diet will be the one for him.
Photo: Honk Carnie

Diet and nutrition are something I admittedly know little about. That’s mostly intentional. I seriously don’t want my body to know what my brain has decided to put inside of it (food or non-food related). For the most part, I’ve maintained a steady size-34 waist throughout my adult life with a mildly boyish figure. But after years of feeding my body terrible shit, my metabolism, which was an ally of my youth, has finally decided to tell me to go fuck myself.

I have now fallen victim to the dreaded dad bod. And I’m not sure why it’s called a dad bod because I’m not a dad. My figure now includes small breasts. I don’t necessarily want to turn into a gym rat and get yoked, but I am trying to get back in shape through diet and nutrition. I don’t want a dad bod—I want a rad bod, or to at least go down a cup size.

Back to my knowledge of diet and nutrition: Food goes in and poop comes out. And sometimes you barf. Seeing how that’s pretty much all I know, I decided I’d better do some research on what the best diet for me would be. I asked my Fakebook friends for suggestions on different diets and then did a tad bit of research. I also reached out to the online Juggalo community to see if they eat anything other than Faygo and Little Caesars. They don’t.

Some of the diets recommended to me just seemed gimmicky or gross-tasting and left me wondering who the fuck made them up, and how—things like the Paleo Diet, or the Whole 30 and the Keto? The Keto diet doesn’t even involve Ketamine—what a bummer. Speaking of, drug diets were suggested to me because you don’t see too many overweight junkies. My friend Smash suggested Exlax and blow as a popular diarrhetic these days, but it sounds expensive.

Another expensive diet I can’t pull off is veganism. I respect people who can successfully take on this diet, though. When I was a kid, my straightedge friends taught me that veganism was mostly about drinking Mountain Dew and eating french fries, going hard in the pit, and then occasionally blowing up said McDonald’s.

tell people I was vegan. I think us humans all should have the right to put whatever the fuck we want into our bodies without judgment, but with veganism, that’s just not the case. Not only do vegans have to read the label of every brand of food they buy, they also have to put up with terrible vegan jokes. (OK, well, some vegan jokes are funny.)

But since we do get judged by what our diets consist of, I’m being very cautious before I tell people what diet I’m on. Like, remember the Subway diet, the one that turned that guy Jared into a child molester? Yeah, no thanks. I don’t think there are too many people reporting that eating 6-inch Veggie Delights for a bunch of months trimmed their waistline.

There are other specific diets I won’t go on, not because I know they are super unhealthy but because of what they might turn me into. The clear-liquors-and-Xanax diet could turn me into an old white woman. The Red Bull–and–beef jerky diet not only sounds deadly, but I also have no need for a dirt bike at the moment. And I don’t know what diet would turn me into a hipster.

Another option that sounds absolutely terrible is the hunger-strike diet. Sure, you’ll lose a lot of pounds. Usually, though, the circumstances also include PTSD, force-feeding or just death. Yeah, I’ll stay away from that one at all costs …

In a similar regard but not as intense, the broken-jaw diet is probably super effective, too. How could you not lose a couple pounds when your face is wired shut and all your food is slurped through a straw? Maybe I won’t diet at all and will just go on The Master Cleanse, which is where you drink lemon juice mixed with cayenne pepper and grade B maple syrup for, like, a week or so. It sounds fucking terrible, but I know a couple people who have actually done this. I don’t know how you do this without passing out a couple times a day, and I can only imagine the bowel movements. It basically sounds like something a person would do to mask an eating disorder, but that’s for Dr. Phil to decide, not me.

Overall, I hope to find an adequate diet soon. Living off of Pasta-roni and 3.2 beer is finally catching up to me. Also, I just realized I just wrote this whole article about losing weight without mentioning exercise once. So maybe I deserve a dad bod and should just accept my fate.