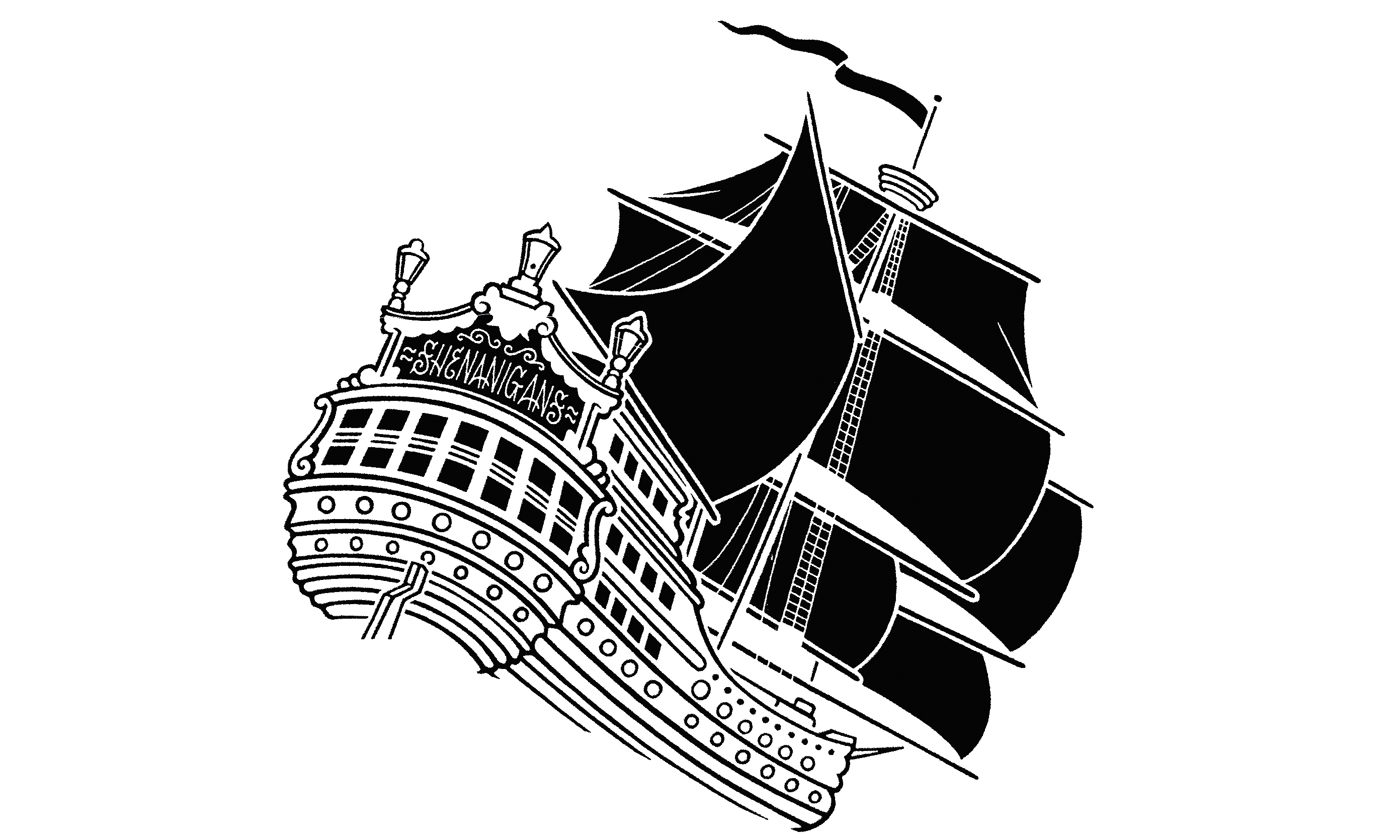 Alright, so it’s been a while since I wrote a SLUG article that I didn’t put in a fair amount of effort into. The last time I did that was when I wrote that story about turtles and how cool I think they are. And most people seemed to actually like that article anyway. But this month I have reasons for my lackadaisical effort.

The first reason for my lackadaisical effort is because issue #8 of my zine, Leviathan, drops this month and I’ve been cramming it full of awesome shit and honestly kind of neglecting my SLUG duties. Get a hold of me for an issue, bitch!

The second reason is that the SLUG editorial staff has asked me to write on the topic of pirates, because there is a day in the month of September that is National Talk-Like-a-Pirate Day [September19th] or some shit like that. This confused me for a couple reasons: did they want me to write about yo-ho pirates or the real-life, dangerous Somalian pirate clan? And can I possibly use 900 words of text on an article describing to people how and why to talk like a pirate?

I personally feel that this pirate shit is more played out than Will Smith. Like pirate flags on porches? What the fuck does that mean? “Stay off my goddamn lawn! I buried a treasure somewhere down there!” Have any of these pirate people even been on a boat before?

I’m all about seeing people take shit to the next level and seeing how close we are to a big smelly lake, I see no reason why somebody can’t just step up this whole pirate imitation thing. I think it would be cool if you and your crew nailed together your old skateboard decks, stole some booty from Sears, paddled out to Antelope Island and buried it while you drank grog all day.

And do you know what grog is? It’s like some of the grossest shit in the world to drink. I think the closest thing to grog these days is prison punch, that shit inmates make in their toilets out of rotten fruit and hairspray and then get hammered.

I think I’ll celebrate this pirate holiday in my own fashion. I’ll call it Drink-a-Bottle-of-Captain-Morgan Day. I have about one or two of these days a year anyway, where I drink a bottle of Captain Morgan as fast as I can. I might as well try to register it as a national holiday. I think it has a nice ring to it and people would dig it. And it’s somewhat pirate-themed.

So I just did some research on National Talk Like a Pirate Day, and it coincidentally falls on the same day as National Punch-a-Dude-Who’s-Talking-Like-a-Pirate-in-the-Face day. This holiday sounds much more fun. Which one will you celebrate?

Do you think that pirates have or had a National Talk-Like-a-Land-Lubber Day? And what would that sound like? Did pirates have their own sets of shitty jokes about un-pirates that they would tell in bad land-lubber voices? Someone could write a book on that.

I wonder if Pirates smoked weed? I mean, they were all up in the Caribbean and shit. I wonder which pirate puffed the toughest?

This whole article has me perplexed. I think I’m going to start my Captain Morgan holiday right away. If anyone can answer any of the questions posed in this article please let me know. And watch your fat asses out for the Leviathan #8, and don’t ask me for back issues.