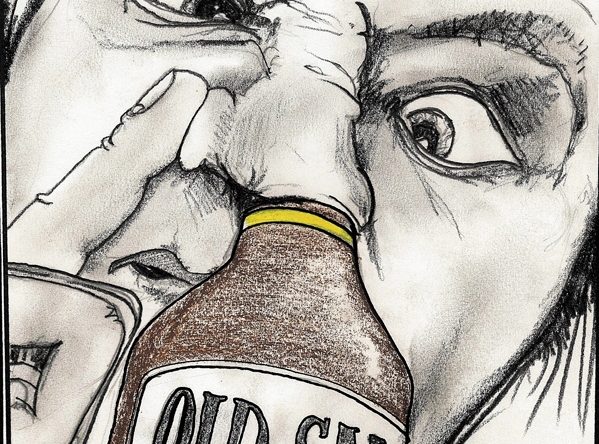 So Snuggles, the guy who’s been illustrating my articles as of late, suggested that I write about my favorite possessions, and that he would bring them to life via SLUG Magazine. I looked around my apartment for my favorite things and a massive writers block fell on my face.

I’m sorry, Snuggles, but it’s so much easier for me to write about shit I hate. I think my writing has always been that way, an emotional outlet of sorts. Since I turned 30, I’m pretty sure I’m slowly becoming everything I’ve ever hated, it’s time to document it.

Cocaine: I had a history teacher in eighth grade that told the class that if guns were outlawed, only outlaws would have guns. I think the same case can be argued for all illicit substances. I think whatever you put in your body should be your choice, not the government’s, whether it’s drugs, another man’s wiener or fruit.

I still hate cocaine, mostly because it makes my friends more annoying. Riding the white train was once described to me as drinking a pot of coffee without the diarrhea. Why would I spend $200 on a pot of coffee? People get sweaty and all “I love you man!” on this drug.

Besides, does anyone really know where this drug comes from? Besides your dealer with bad jewelry and a too tight New Era cap wearing a Michael Vick jersey? My guess is the federal government, but it’s most likely smuggled in a pile of dead Colombian babies before making its way up your American Apparel-wearing hipster nostril.

Old Crow Whiskey: I think I do my best writing hung over (like right now) but god, I’ve been flying with the Old Crow way too much lately. Mostly because it’s only two dollars a shot at the bar I work at, toasts over Old Crow have become an after work tradition.

The ramifications of this cheap spirit are massively inconvenient as of late. Some guys think with their dick, I think with my liver. Come save me, uncle Jack Daniels, and wisk me away from the “BACAW’s” of the Old Crow. “Never More!” The raven beckons.

“The ramifications of this cheap spirit are massively inconvenient as of late.”

The New Liquor Laws: So everyone’s all excited about the abolishing of private clubs. The local media is presenting it as such an awesome progressive step for Utah, like “Look at us, other states! We are normal now! We finally accept all your tourism dollars!” The local media can eat a bowl of dick flakes because the truth of the matter couldn’t be further away.

Utah literally took one step forward and two steps back. Now, instead of paying five little dollars to enter a bar, you get your ID scanned. Your information is reluctantly held by the clubs for seven days, and then supposedly destroyed. When the man with his laptop comes to take the info out of the scanner, do we really know what he does with it or where it goes from there? How do we know it got properly destroyed?

If I’m at a bar where they can’t even make a Manhattan right, how am I supposed to trust them with all my info? I think it makes it easier for cops to find you. If you get pulled over for a DUI, they can now instantly scan your ID, know where you’ve been drinking, and prosecute the bar for over-serving your dumb drunk ass.

“Utah literally took one step forward and two steps back.”

Under this logic, every time someone gets shot, we should prosecute the arms dealer, not the person who shot the gun, thus shutting down most the Wal-Marts in America. Which actually sounds like a good idea now that I write it down.

A true compromise would have been tougher DUI laws (which they actually instated and I’m in favor of) for real beer in gas stations and stronger drinks allowed in bars. You still can’t get a stiff one poured for you in a Utah bar, so what really changed? Nothing for drinkers, other than saving five shitty bucks. The state controls the booze in this town. Not the people who actually use it. And now they have even more control. Thanks retarded Utah Legislature!

People complaining about the recession: Guess what dipshits? I was poor before the recession. Welcome to my world bitches. Aww! You lost your 401K? I never had one so go fuck a watermelon.

Man! I could write forever about things I hate, but I won’t because my word count is almost up. 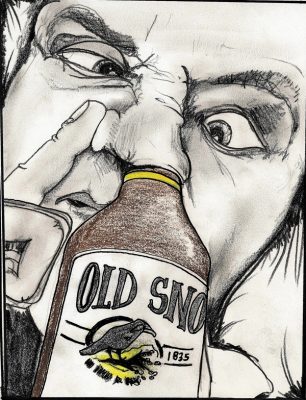