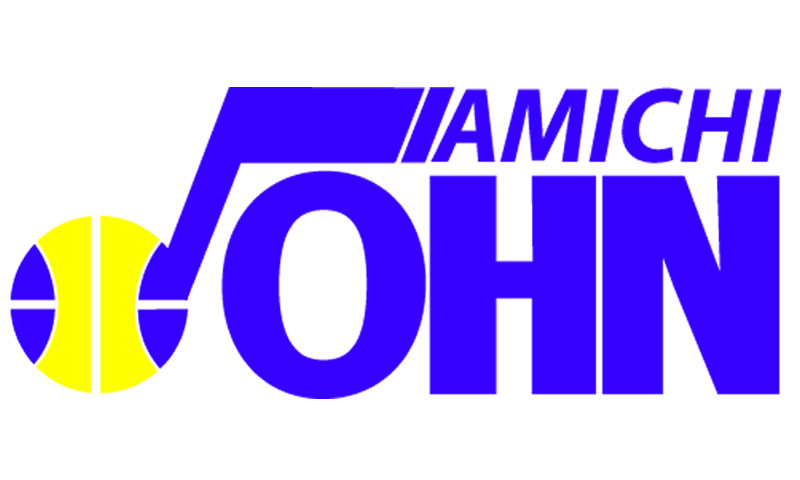 I think I’ve figured out why I hate typing interviews so much. It’s because I can’t listen to music while I write, which is normally how I like to write. Instead I have to listen to so-and-so bumble fucks voice over and over again while I constantly stop the beautiful flowing process of creating literature so I don’t misquote them; all the while thinking about how I could be writing about something I like, like turtles or something.For those of you who don’t know who John Amichi is, he’s the gay ex-Jazz player that will be grand marshal at this year’s gay pride parade. He wrote a book about being a gay pro-basketball player, which I read. The book was like the interview and John Amichi’s pro-career, boring and mediocre at best.But since he was a Jazz player and I am a Jazz fan I felt obligated to interview him when the opportunity came up. I thought up a bunch of funny questions for him to answer. All I know about British culture I’ve learned from Monty Python films, so I just figured Brits where funny as fuck. Boy, was I dead wrong. I’m guessing the average person in Britain has never even heard of Monty Python.

I also asked him a couple questions about the response to his book in regards to the social relevance of discrimination towards certain groups, homosexuals in particular. With the exception of Tim Hardaway, the NBA and sports media seemed very accepting of Amichi’s coming out. I wonder how much of this had to do with ESPN publishing his book.

After interviewing him and reading his book, I was left wondering if his book even helped advance acceptance of homosexuals in our society or if it helped advance Amichi’s bank account more? Last time I checked, ESPN had not done too much for gay rights, but I could be wrong.

Amichi openly admits in his book that he didn’t even really like playing basketball, but who in their right mind would turn down all that money? I wonder if that’s why he wrote a book.

Anyway, here are some highlights from the interview.

SLUG: Can you get me playoff tickets?

Amichi: I’m not going [but] I probably could. The last thing I want to do right now is watch a basketball game.

SLUG: Where is the best place to get Tea in Salt Lake?

Amichi: The Coffee Garden over on 9th and 9th.

SLUG: Where is the best place to get teabagged in Salt Lake? (I think he misunderstood the question.)

Amichi: Oh good luck, actually I think there is an English shop on 700 East that has supplies.

SLUG: Do you remember when Sheryl Swoops from the WNBA came out it didn’t seem like such a big deal, why do you think that is?

Amichi: Because people in general are sexist, especially in sports.

SLUG: Have you ever talked to Sheryl Swoops?

Amichi: I have. She’s wonderful.

SLUG: Was it hard hiding the fact that you were British from your teammates?

Amichi: That one was fairly obvious.

SLUG: Can you still dunk?

Amichi: I have no idea, probably. I haven’t tried in a while.

SLUG: When was the last time you tried?

Amichi: 2006? The last time I touched a basketball, actually.

Amichi: It played an important part in my life, but everybody has to move on. It’s not like it was in my genetic make-up or anything.

SLUG: Have you ever met Dennis Rodman or read any of his books?

Amichi: I’ve never read any of his books but I’ve met him on numerous occasions.

Amichi: He’s a weird cat. He was recently on British Television and it was embarrassing.

SLUG: Andre Kirilenko is having kind of a down season. I heard a rumor it was because he was playing too much World of Warcraft. Do you know if there is any truth to that?

Amichi: Andre is the ultimate professional. [He] would not do anything to jeopardize his pro-career Since the interview took place, Andre has been playing great in the playoffs.

SLUG: Since your book came out how would you describe your encounters with the mainstream media?

SLUG: Have you had a chance to talk to Tim Hardaway?

SLUG: Where you satisfied with how the NBA handled the situation? (The NBA fired Tim Hardaway and banned him from any future employment with the league.)

Amichi: Yes, it was a good thing. In this day and age, you should be past the [stage] where people can express their hatred and scot-free.