I thought that SLUG readers would appreciate a verbal glimpse into my living conditions. When someone comes into my apartment for the first time, they usually seem a bit overwhelmed. Other than the John Stockton shrine that my living room has become, and other miscellaneous Jazz memorabilia adorning the crib, there’s really no method to the chaos. But, as one girl who had never been here before put it, “There’s so much I could Instagram in here!”

Mike Brown’s Monthly Dirt: The Weird Shit In My Apartment 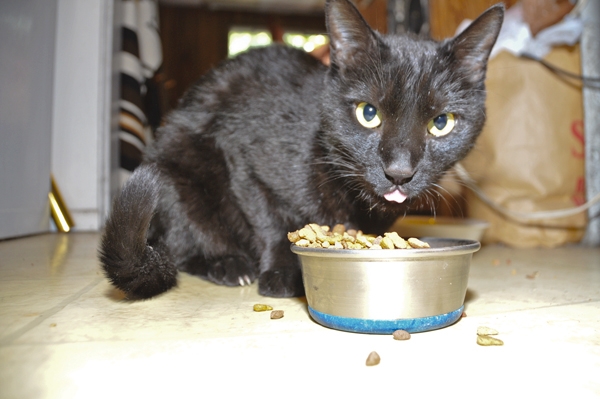 The last time I wrote about my apartment was when I scribbled a story about the time I got mad at a girl and got very intoxicated. Then, with the help of Mike Abu, I proceeded to smash all of my dishes and light off a Roman candle in front of my gas stove, almost blowing up my apartment building, all while Abu filmed it and posted the whole thing in a five-part series on YouTube. It’s titled Mike Abu and Mike Brown Discuss Girls, if you are so inclined to watch the footage.

This time, I thought that SLUG readers would appreciate a verbal glimpse into my living conditions. When someone comes into my apartment for the first time, they usually seem a bit overwhelmed. Other than the John Stockton shrine that my living room has become, and other miscellaneous Jazz memorabilia adorning the crib, there’s really no method to the chaos. But, as one girl who had never been here before put it, “There’s so much I could Instagram in here!”

But it’s not smell-bad messy. There’s a difference between crap-all-over-my-desk messy and smell-bad messy. When the 10 dishes I still own after Abu and I broke them all start to clog up the sink, I will do the dishes. My cat, Jet Pack, shits outside, so I don’t have that crazy-cat-lady smell going on. I also let people smoke in my apartment to cover up any potential odors due to messiness.

I have to credit most of the weird shit in my pad to Abu. He has a knack for finding goofy stuff at the good ol’ D.I. and estate sales. Whether it be a used telephone booth or an elusive female condom (which promptly ended up in the claw machine), a lot of the weirdness can be credited to him. Along with being my on-again, off-again roommate, he is my unofficial personal decorator. If you have ever seen Abu’s floral arrangements, you know how good he is at organizing things.

About six months ago, a friend of mine was moving and had to get rid of some stuff. She said she had three mannequins, and asked if I would be interested in having them. My current mannequin collection—which I acquired from breaking into an abandoned retail store—was hurting: beat up from traveling back and forth to Fucktards shows. So, the logical answer was, “Yes, I would love to have your mannequins.”

I came into ownership of three sexy ladies whom I secretly hope will come to life like in that ’80s movie. I’ve adorned them in Jazz gear and they make for great company when Abu is not here because he’s getting drunk in Paris or stuck in jail. I think mannequins make for awesome home-decorating ambience, but they seem to creep a lot of people out.

My fridge is mostly a caravan for booze and nothing more. I’m a terrible cook and I mostly eat out. So I feel like it’s more of a decorative accessory that functions as a time capsule of my life. I think a proper time capsule should be cold, like cryogenics, ya know? I still have half of the birthday cake from my 30th birthday that Angela [Brown] got me. It’s one of those picture cakes with my face on it. To me, it is more of a piece of art and should be preserved. It’s been in my fridge for three years.

I’ve also been working on a beer box collection to completely encompass my fridge in a beautiful arch of Natural Light and Budweiser boxes. I have serious intentions of building a fort with it someday. How kick-ass would a beer box fort be? Seriously.

I might move the boxes into a fort in my living room around my new flat screen TV, which I simply put in front of my old, big-as-fuck TV that is really heavy and I really don’t want to move. I wouldn’t mind getting rid of that TV. If anyone is willing to move it, they can have it. E-mail me for details.

I do have one request, though. If you are ever lucky enough to come over to my house, please don’t judge how I live. I’ve been in this apartment for over 10 years, and aside from my current plumbing problems and my maintenance guy being more inept at fixing things than I am, my pad is legit.