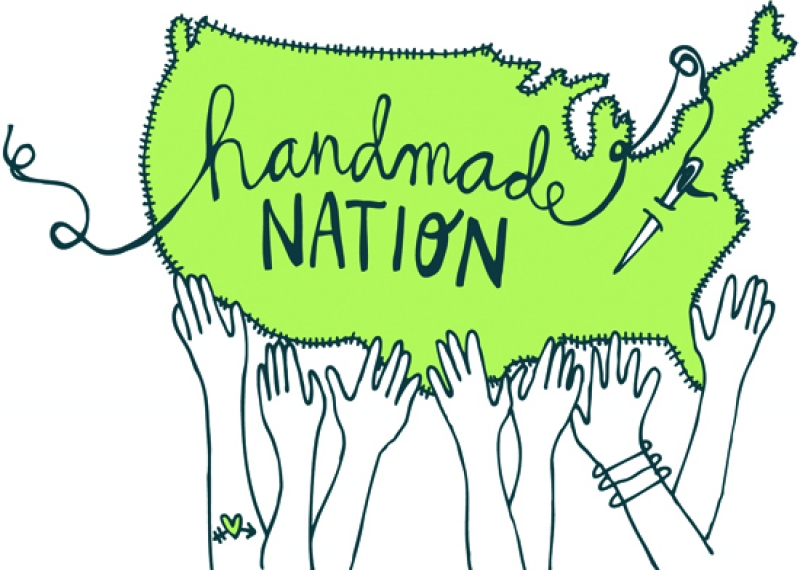 People Friendly Consumption: The Rise of Buying and Selling Handmade 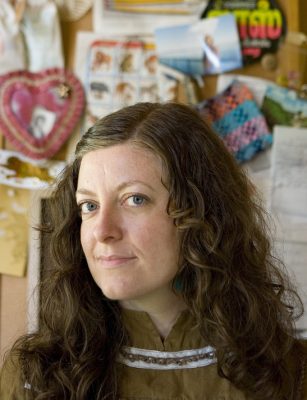 In the United States, consumption is king. Mass-produced garbage fills up the majority of people’s homes and lives. Things fall apart almost as soon as you purchase them. We prefer not to think about the people in far-away places making all of our goods. One can only consume so many “fast-food” products before cholesterol skyrockets and your ass becomes difficult to squeeze into all of your pants.

“People are tired of the amount of mass produced goods out there,” says Faythe Levine. As director, crafter, writer, businesswoman and all around DIY maverick, Levine has a lot to say regarding the increasing popularity of buying handmade. “They want to have something unique. They want to feel like they can connect with an item because they know where the item came from,” says Levine. “People are more socially conscious about where things are being made. People want to reuse material and recycle things.”

Today’s craft scene is more connected to the DIY mentality that grew out of punk than the crafters of previous eras. People want to do and make things for themselves, by themselves and on their own terms. The scene is composed of a large group of people, mostly connected through the internet (loosely at best) who appreciate mom and pop shops, are (sometimes) interested in sustainability, want to support individual artists and in some cases are interested in taking a stance against the normal means of mass production.

According to The New York Times Levine is the “patron saint” of the indie craft movement. She’s more modest about her place in the indie craft scene, though.  “I like to remind people that I’m just one person, I documented a small slice of people who are part of this much larger worldwide movement,” she says.

In 2006 Levine began touring around the country, interviewing 80 individuals to document the ever-expanding indie-craft scene. “There was this obvious thing happening that was growing and changing. [It was] something that I was putting all of my efforts into,” Levine says. “I wanted to make sure that the people who were doing these things were getting the credit and the respect that they deserved, so I figured why not just do it myself and embrace that whole DIY ethic and jump in and make a film.”

What started as a film project ended as an entity known as Handmade Nation.  While the film was in post production, Princeton Architectural Press commissioned Levine to write a book of the same name after catching a trailer on YouTube. Levine co-wrote the book with Courtney Heimerl and it was released in October 2008.

The book opens with a timeline mapping out the progression of the new age of crafting, starting with the founding of Venus Zine in 1994. From there it introduces 24 individuals (divided by region) who stitch, knit, screen print, reconstruct and do a plethora of other things to produce unique handmade goods. The regions of the country are broken up with five short essays that explain how punk rock merged with ancient crafting techniques to form the new era of crafting––what Levine calls “The Handmade Nation.”

The film, which is currently being screened at craft fairs and museums, is slated to release on DVD some time later this year. It showcases 13 of the artists featured in the book. Although the book gives a nice overview of its subject, the film goes in depth. Levine joins artists like Nikki McClure, Kathie Sever of Ramonsterwear, Whitney Lee of Made With Sweet Love and Jenine Bressner in their studios (which many times are located in spare rooms of their houses). The women discuss their technique, how they got into it and often remind everyone not to be intimidated. They’re mostly self taught and according to them, anyone can pick up a craft––all it takes is patience, time and dedication.

Levine’s involvement with the handmade nation began long before deciding to make a documentary though.  She credits her self-employed parents and punk rock as the bedrock of her DIY mentality. “The underground punk scene in Seattle in the early 90s set the tone for learning how you could do anything yourself––put out your own records, make your own zines, make your own t-shirts …” she says.  In the early 2000’s Levine operated a number of craft boutiques and galleries that displayed and carried various handmade goods. It was during this time when Levine says she became “fully conscious of the online craft community.” From there, things took off in a viral way.

Levine attended the first Renegade Craft Fair held in Chicago in 2003. A year later she founded a craft fair in Milwaukee called Art vs. Craft. “I was so excited about the energy and the experience of getting to meet other like-minded makers [at Renegade].” Levine says, “I wanted to bring that feeling to the city I was living in.”

Not surprisingly, the majority of makers profiled in Handmade Nation are people that Levine connected with through her many endeavors that came before the current project. “About 95 percent of the people were people that I already had some connection to. It gave me an excuse to come meet them in person.” says Levine, “Then there were a handful of people who were referred to me or I found out about as we were shooting that I went out of my way to meet. “

If you reference the timeline included in Handmade Nation, it appears that the rapid growth of this movement mirrors Levine’s own story. In 2009 the majority of metropolitan areas host at least one major indie craft fair, there are an overwhelming number of networking sites devoted to crafting and online marketplaces like Etsy allow folks specializing in handmade goods to reach consumers across the world without ever having to leave their homes.

“The internet has provided a more acceptable way for most people to connect with one another,” Levine says, “You don’t have to be living in an urban area to find potentially like-minded people. You can be living remotely and be connecting with people who are working towards the same goals as you are. I think that’s benefited everyone in general.”

Although the current economic situation has decreased people’s spending, it has also increased their awareness about where their money is going, which Levine says will ultimately benefit the DIY community. “Handmade crafts and goods definitely fall into the green category,” Levine says. Ultimately buying and selling handmade is  “about a consciousness and an awareness that I think our generation is embracing,” she says.

Handmade Nation is being screened across the nation and world throughout the rest of 2009. The film has been screened at San Francisco’s Design Week, Summit of Awesome in DC and Stitches and Craft in Melbourne, Australia. Places like Tasmania, Mexico City and the Jönköpings läns Museum in Sweden are also all getting in on the action. “I’m extraordinarily pleased and excited that there is an audience, much larger than I was expecting for the film and the book,” Levine says.

Thus far the reaction to the film has been nothing short of inspiring. “People walk away from the film feeling incredibly empowered and motivated, either to make something themselves or to support someone who is living that lifestyle,” Levine says.

On August 8, SLUG Magazine will host the first annual Craft Lake City at the Gallivan Center––an event that was no doubt inspired by Levine’s own projects.  Come hang out, buy rad handmade items and get inspired by it all.