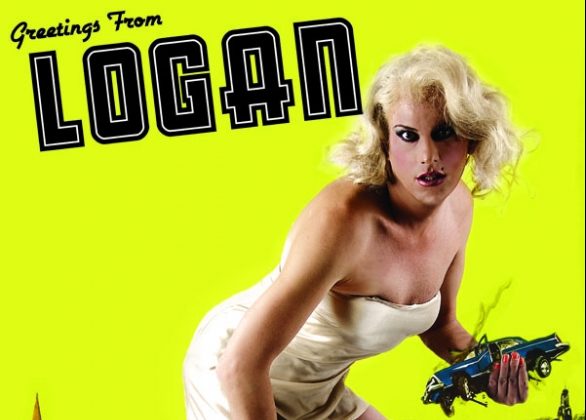 My tale this month comes from unexplored territory. I traveled up the canyon Sardine to discover the treasure town that’s Salt Lake’s gateway to the north, a hidden gem called Logan. Jaded by big city life, I opened my mind up to whether or not I could live there.

I wasn’t excited to discover that Logan is book-ended by Wal-Marts places that breed zombie-esque people with very narrow minds. Because I knew this was a college town with a great school, I had high expectations for the Logan lifestyle. I hoped for Madison or Athens type cuteness: pot smoking, beer drinking, intellectual conversation and shenanigans. Our night started early, as I guess they do in Logan, meeting friends at White Owl. My anxieties ran high when the door guy greeted me with a “WTF!” White Owl is a huge space filled with college students and locals and featuring a front sports bar, major billiard room, smoking lounge and rooftop patio. The best part is that the entire space is dripping in taxidermy, which I’m a fan and collector of. Their large selection of beer is best consumed from a Super Big Gulp-sized “Big Dog” for around $5. Burgers, fries and beer-battered everything explained the shapelessness of the field plowin’ stock I saw around me. With Phil Collins on the speakers and Fashion Bug couture, fun commenced and everyone was blissfully unaware they were having a 90s party.

It seems the way of the local in Logan is house parties. We left the WO around 11p.m. for a party at my friend Justin’s sister, Juliette’s house. We congregated on her porch somewhere on the edge of the earth pounding Jell-O shots and having a Lady Gaga dance party when, lo and behold, a guest arrived who I recognized from living in Europe: a super-famous Renaissance Muralist from Germany named Rainer Latzke. How crazy it was  to find this respected artist on a stoop in the middle of nowhere! We chatted over vodka cocktails and jellied booze, loving on Europe and his crazy new life in Logan. Relocating for family, he’s finding inspiration and new direction to his art. If he can live here, maybe I can too.

The next morning we took coffee at Café Ibis, which seems to be the social hub of what is called The Avenue (Federal Ave. just off Main). This cozy café features a menu of locally grown organic food, which makes perfect sense for a town with an agricultural college. On this Sunday, DJ Pronto was spinning chill beats to a large alternative crowd enjoying cups of coffee made from locally grown beans while admiring art by local artist Royden Card. The DJ, a recent LA transplant, has brought big-city talent to an appreciative community. This handlebar mustachioed disc jockey is setting up parties around town at venues like Club NY. Keep track of his success and get free downloads at earjuice.com. On the other side of the Ave. was another unexpected transplant adding to the scene. Tim Morse, from Manhattan, has relocated to Logan, opening up Why Sound, a state-of-the-art recording studio with an attached live music space. They record and host both local and touring bands nightly. Check their site whysound.com for line-ups and studio availability. Next, we popped into Earthly Awakenings, your one-stop head shop for tobacco, tie-dye, crystals, leather jackets and chaps, for some reason and, of course, pipes, lots of them. The craziest part of the store was the “witchy woman” shelves sporting mason jars of cats claw, fever few, calendula and other various Wiccan sundries.

Wrapping up our day on the Avenue, we closed the night at Mulligan’s Social Club, Logan’s only cocktail/night club/neighborhood bar. I was surprised to find about 40 people patronizing on a Sunday night including a wedding party, local DJs just hangin’, shaved headed chicks, the over-50 swinger set and an ultra cool barmaid named Erica. We gossiped over Mai Tais about the locals, her recent graduation from fashion design and where the cool kids get their hair did, which is by tattooed hunk Shane at Phiva. Eavesdropping on conversations around the bar, I learned about the just-married, a visiting Sergeant named Thor and the town drunk Lefty who sported a tramp stamp sun tattoo around his left eye (the other was black). I love the ‘townie’ feel here.

I reserved my last day in Logan for shopping. Main Street features about 80% mom-and-pop shops. There is the Persian Peacock, the adult novelty store, tattooery at Sailor Jims, the thrift store Somebody’s Attic, a cool wig shop and a Mexican bakery that offers two-taco Tuesdays for a dollar. Next we had to stop at Logan’s massive D.I. Aside from the mink fur cloak and bitchin’ sweater I scored, there was the teenage tranny on one side of the store and the small polygamist family of 20 on the other. The juxtaposition would provide the diversity I would need in order to live in such a place.

After shopping, I was taken to the most cliché place I’ve ever seen. Nestled beneath the shadow of the campus on 720 East 1000 North is building that is half Sinclair station and half Tandori Oven opened by Sham Singh, once head chef of Salt Lake’s Bombay House. I instantly saw I was in for a treat when upon arrival I found half the joint filled with students from India enjoying home cooked meals. We filled our table with samosas, kormas and vindaloo, and I proceeded to eat my way into a bulemic stupor. Amazing! I so could live here just for that.

We ended our staycation at friends Michelle and DJ Keeb’s house. They treated us to bong hits and beats on his in-house wheels-of-steel while we waited out a storm to head back down Sardine and reflect on Logan’s many delights. If I moved here I’d want to buy the abandoned roller rink on First and Center. I’d open a skate nightclub and call it High Rolla.