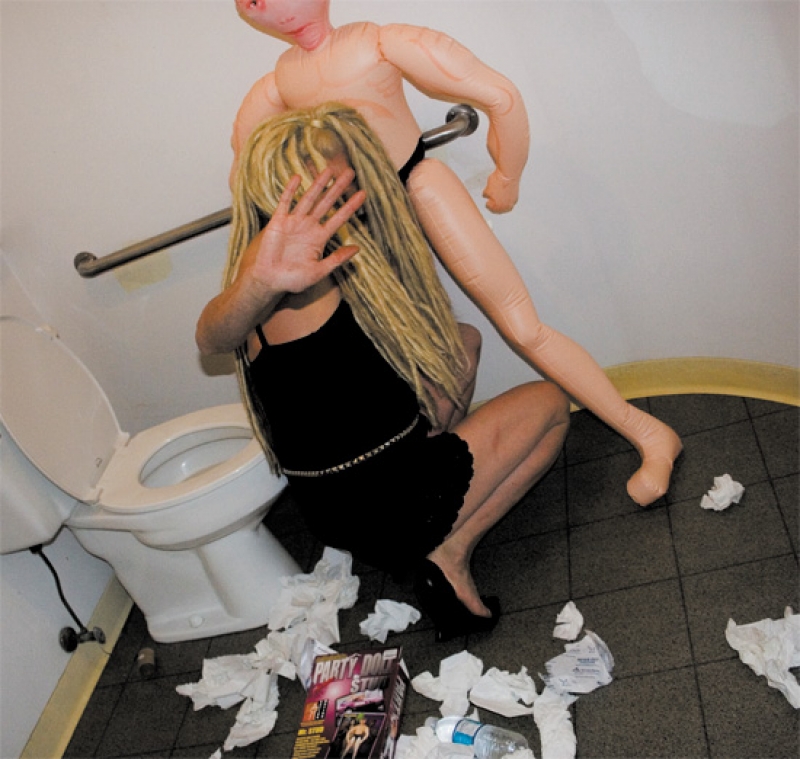 It seems like an entire decade since I sat down at the computer to write my last article. I’m actually surprised I haven’t suffered some kind of alcohol-related syndrome from my traveling to pride festivals around the country. Speaking of which, how fun was SLC pride this year?! Even in the torrential down pour and gale-force winds SLUG somehow managed to capture third place for our awesome float. WE’RE NUMBER THREE! Thank you to all that came out to help decorate and brave the elements of Hurricane Kennedy on your bikes. If I may say so myself, I looked awesome on the cab of the semi in my bikini. Thank God there were pictures to help me remember in my vodka-ecstasy-Lortab haze.  On the same note, thank you to DJ/DC and the Dance Evolution crew for an amazing birthday party at Edge.

As I mentioned last issue,  next year I’ll be turning 40.  I’ve been confronted with numerous anxieties since coming clean about my age. One major realization is that I was just 20, which means that 60 is right around the corner! Along with this, I’m faced with the daunting question, am I ever going to settle down? Not likely.

My friend Brendon––who plays guitar in my band Tards and also shares the stage with Peaches––made me face this when they were here for their amazing show at In the Venue. I realized I look for alternate relationships in strange ways. If you ask me if I’m ‘seeing’ anyone my automatic comeback is “God no.” Instead, I marry myself to things like my bands and my jobs. It’s obviously not a commitment issue. It’s mostly because my taste in boys SUCKS. My longest relationship was with a boy who worked as a hooker and my last was a porn star (which is a lot more glamorous sounding than it is in reality). Because of all that damage, I fall for these unattainable straight boys that offer such things as creativity (watch out Adam Dorobiala) and end up having hot, anonymous sex that never leads anywhere … go figure.  I want to be secure in the fact that I’ve gone this long, but the reality is I’ll end up relegated to being caught by the paps giving blow jobs to Mr. Stud in bar bathrooms for the rest of my life.

One evening after the club, my good friend DJ Justin Strange brought me to a house party where I met a cool couple whose relationship immediately intrigued me––a twosome who play off and inspire each other to that ‘next level.’ You might know James and Jessica Glines from their Thursday after Gallivan parties at Monks last summer. They’re also the masterminds behind the world famous Jessica Something Jewish, G Elect Records and the hugely successful dance party Shake and Pop.

James Glines (DJ JSJ) hails from Bountiful and is an idiot savant who has been mixing and making his own brand of music since 2004. He had a brief stint in Portland to further create his beats and landed an impressive 22-stop world tour in 2006 pushing his creative limit to become one of the top and most recognized music composers in his genre. After conquering the globe, Glines relocated back to SLC, which must have been kismet, and almost immediately met brown-eyed muse, Jessica Moody (DJ Chic Bangs).  Moody had a musical background in piano (like every good Mormon child). The two instantly developed a mutual attraction and were soon secretly making out in house party bathrooms across the Wasatch Front. After a couple months of liaisons du toilette, Bangs confessed to James that she really liked him and they should date. James told Jessica that dating was stupid and they should just get married. Bing, Bangs, boom, they found themselves freaking out family and friends at the courthouse two weeks later getting hitched. Excuse me while I go wipe my eyes and throw-up.

When I visited their in-house studio it became apparent the roles they play in each other’s je ne se qua. James definitely serves as the tech genius while Jessica serves as inspiration and guide. There is most def a more mature sound to the music since bachelorhood. Bangs sings on his tracks and also heads up the office management while James deals with bookings––evenly distributing their many projects with the G Elect label.

Hit up gelect.wordpress.com for constantly updated free downloads and blog. As for the future, the Dynamic Duo is planning a huge end-of-summer bash and there is the ever-POPular Shake and Pop. At the moment, it’s a roving party looking for a permanent home. Take this tranny’s advice and get on it club owners, it’s a fun party with a following (gelectbooking@gmail.com).

These cute, talented kids give hope to this old queen. Seeing young creative love is inspirational. In case anyone feels the need to apply, here is a short list of requirements you’ll need to fill to be associated with The Princess: I can tell if you ask me out just to get on the VIP lists. It’s all about me. You have to be secure being seen with me in public no matter how fucked up I am and lastly (but not a requirement) please don’t be made of polyurethane.