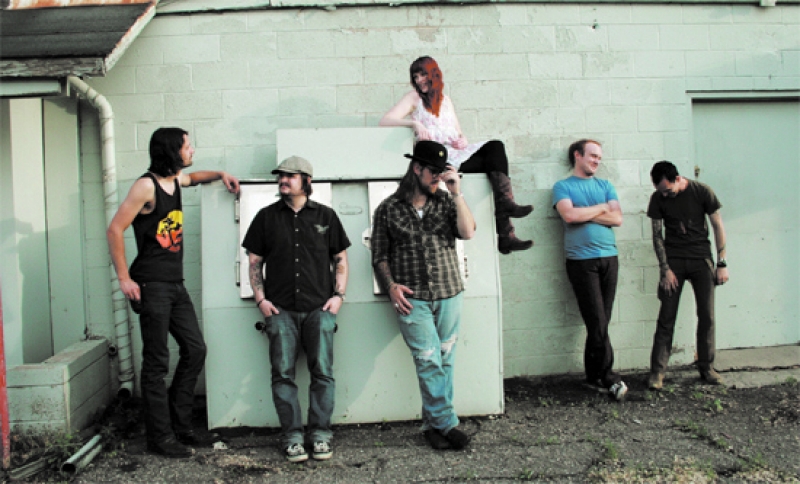 As the threat of the Utah summer heat looms and the spring rainclouds give way to hot winds blowing tumbleweeds across arid landscapes, the denizens of the Salt Lake valley will soon find solace in a night of music inspired by the very place they all endure together. On the evening of July 10, SLUG invites you to relax at Urban Lounge while Band of Annuals treats everyone with their alt-country twang alongside David Williams, who will be celebrating the release of his second full-length, tentatively titled Western Interior Seaway. Will Sartain will open the show with new music from his solo project.

For five years, Band of Annuals has provided the nation with their unique mix of alt-country, indie and folk music. Hailing from Salt Lake City, they have spread their music across the country on three tours, becoming somewhat of an underground folk sensation, stretching from the blue waters of the Pacific to the Atlantic shores of New York. On a sunny summer day in early June, the beer was flowing and the spirits were high as I sat down with BOA to enjoy a pint, a pitcher and some good laughs at The Desert Edge Brewery at the Pub. Charlie Lewis and Jamie Timm were unable to join us, but the rest of the band still made the afternoon an excellent one.

This past May, the band performed at Moab’s Desert Rocks Music Festival. As anyone who was down there at the time remembers quite fondly, it rained. Hard. BOA was one of the last artists to play before the stage was shut down for over twelve hours, not to reopen until close to two in the morning. Only three members were present for the set, and almost all of the show attendants were trying to stay dry in their tents, resulting in a very short set to a disappointedly small crowd. In short, as Hadley put it, “it was a bust.” The trip down south was certainly not for nothing though, the band said. “We had a really good show in Torrey the night before.” said Hadley, “We played with [Magnolia Electric Co.] at The Patio and had been camping for three nights already.”

This was not an isolated occurrence. Recently, BOA has gone down quite often to Torrey to play at The Patio. “It’s basically a pizza shop with a patio, which is why it’s called ‘The Patio’” said Dreiling, “We get free pizza, free beer and everyone just plays songs and gets rowdy. A lot of the shows get turnouts of 40 people or more.” Their first show there was nearly two and a half years ago, even though shows officially started being held there just last summer. “It’s an escape from the city, and the locals are awesome,” Henderson said.

Beyond shows in Salt Lake and Torrey, BOA has gone on two full US tours and many week-long tours, too. Last year, they were gone for six months, playing a total of nearly fifty shows all across the country. Their infamous tour van, dubbed “Galactigon,” has been with them since their last record, Let Me Live, was released. If there’s anything that these guys need money for, it’s repairs for this van. So far, they’ve had to replace the engine, transmission, fuel tank and “42 new tires.” Hopefully, Hadley was exaggerating.

For now, we can definitely expect BOA to release a new full-length record, hopefully within the year. “[We] hope to have it done … well, at least recorded by the end of the summer,” said the band. “At this point, there’s no set release date.” Additionally, the band is planning on a tour sometime in the near future. As to exactly when that will be, “eventually” is their only answer. “The main focus right now is the record,” they said.

We’re definitely lucky to have a group like Band of Annuals around these parts. They’re stellar musicians and great people, too. Everyone should take advantage of being in such close proximity to these guys and come check them out on July 10. In addition to you enjoying a great show, they could probably use some of that extra ticket cash for the next inevitable breakdown of their not-so-trusty van. 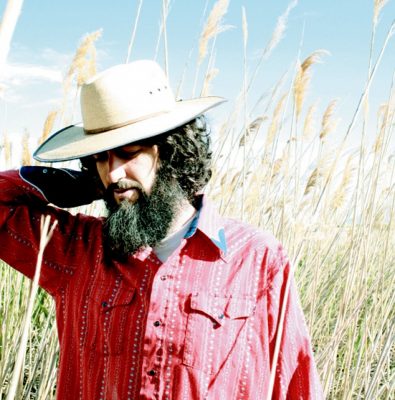 Having an in-person interview with David Williams would have been difficult as he resides in the small desert town of Torrey. Talking over the phone was also out of the question, as Williams had neither a landline nor access to a cell phone. Short of trekking 200 miles to the edge of Capitol Reef, the best option I had was to send him an e-mail with a few questions. I expected to receive a typed list of answers, but what I received instead was a very pleasant surprise: several personally recorded answers, resulting in nearly thirty minutes of material that gave a very intimate view of the musical life of David Williams.

He began with a discussion of his upcoming album, which has a working title of Western Interior Seaway. As he talked, I could hear the distinct whistle of the desert wind howling in the background. It fit well as he described the meaning behind his new album’s title. “It’s an ancient seaway that used to cover part of North America,” he said. “Where I live in Torrey is kind of on the edge of where that ancient seaway used to be.” He went on to discuss how much of his time has been spent in the desert, writing songs and music under the shadows of towering buttes and mesas, all remnants of where that seabed used to lay. Compared to Summer, his previous album, Williams talked about how Seaway is very different, especially in the way it was recorded. In November of last year, he went up to Portland to record it with Adam Selzer, known for recording M. Ward and The Decemberists. One of David’s side projects, The Black Hens, had opened for Norfolk and Western, Selzer’s band. Chris and Anna Brozek (owners of Slowtrain) introduced the two at the show. From there, they made plans to record the new album at Selzer’s studio in Portland. “The studio itself was amazing,” said Williams. “It’s called Type Foundry Studios. It’s like this old, haunted warehouse and Adam just surrounds himself with all of this antique studio equipment. It’s a very, very vibey place.”

David also discussed his location and the influence it has had on his music. “Whatever your experience is gets filtered through your nervous system,” said Williams. “I feel like I can get closer to something really that’s ineffable. Something ancient, indifferent to the concerns of human beings, to the concerns of me.” He also said some words about The Patio, a venue in Torrey that officially started putting on shows just last summer. “[The Patio was] able to attract touring bands like Laura Gibson, Blitzen Trapper and Magnolia Electric Co.,” he said. “As it turned out, 99% of the bands that came through were from Portland, so I ended up with a really strong connection to Portland by the end of the summer.” He also said none of that probably would have happened anywhere else for him.

On July 10 at SLUG’s Localized, David Williams will release Western Interior Seaway to the public at Urban Lounge. For only five bucks, you’ll also get to enjoy performances by Band of Annuals and Will Sartain’s solo project. This is an event that absolutely should not be missed. With such a unique take on folk music and so many influences rooted in the heart of Utah, it will be a rare chance to celebrate some of the best musical talent within our state boarders.