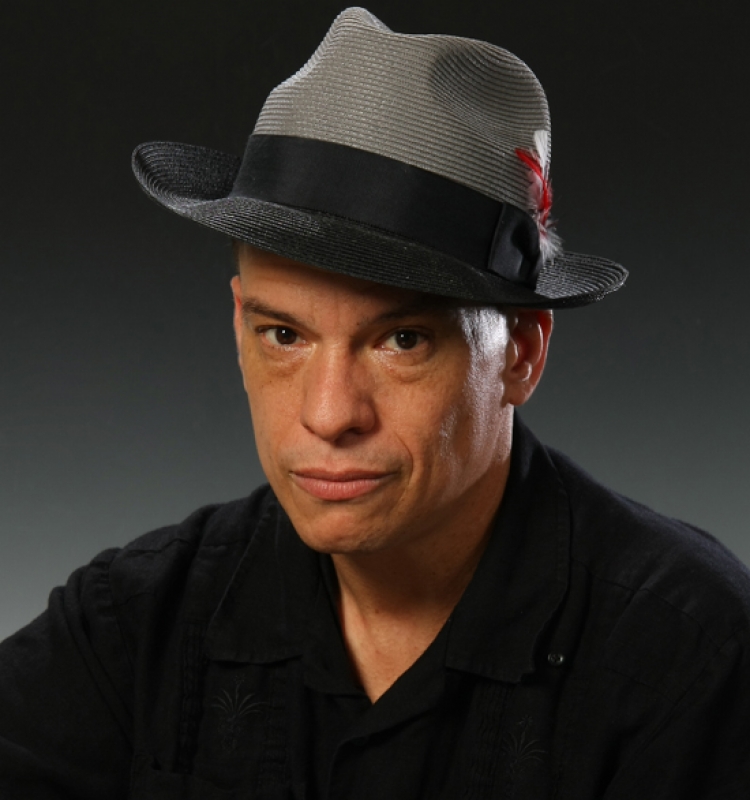 These days it can be difficult to find music that comes from the core. With overproduction and “flash in the pan” artists running amok, it’s refreshing to find someone with integrity. After 15 years of recording and performing, Wayne “The Train” Hancock hasn’t lost the purity in his music.

This king of juke joint swing’s sole purpose has been to put out stellar record after stellar record of his own blend of honky tonk, jazz and rockabilly. He also tours his ass off and plays each show like there’s no tomorrow. It’s not uncommon for Hancock and his band to hit the same town three or more times in a year. His new record Viper of Melody is a shining example of what country music should be.

Hancock is viewed as an outsider, someone unwilling to bend to the corporate attitude towards his music. He has been an ardent vocal opponent of the Nashville machine. It’s his approach to recording that separates the man they call Wayne the Train from mainstream country. Regarding the layering that went on in the 60s, followed by the voice altering in the 80s, Hancock says, “I’m sure that there were plenty of good records that have been ruined by layering. They’ve just been changed and doctored beyond anything with soul.”

“Even before that, I’m sure during Hank Williams’ time, there [was] somebody signing a contract who gave up their music, their name, even their sound, which pretty much gives up your soul. That record company now owns you and only wants to make money off you,” Hancock says,  “I try to stay away from what most people call country music just because that mainstream stuff is so different from what I’m doing. I mean, I stopped wearing a cowboy hat just so I could further myself from all of that.”

Hancock has always been what he calls “a stab wound in the fabric of country music.” His swinging vintage style is too gritty and genuine for mainstream music. He has even gotten away from calling what he does country. “My stuff is more like hillbilly jazz,” he says.

One unique aspect of Hancock’s music is that every album is recorded live in studio. For the individual instrument solos, Hancock calls out to each player to improvise something, which gives his records an intimate feel. “They know the song and the general melody, but they don’t plan anything until they hear me shout to ‘em. That’s when they come up with what they’re gonna play.” Hancock says, “Way back when I was first recording with producer Lloyd Maines, I was yelling out the solos to the guys just ‘cause they didn’t know the order I wanted them to play in, and I thought maybe they would want to edit that out, but Lloyd liked it and said we should leave that in, and its become kind of trademark on my records.”

On most of his albums, Hancock is known to experiment with different musicians and different instruments like horns, accordions and anything that interests him. On his latest outing, Viper of Melody, he has left the recording to his road band. “For years I’ve had great player after great player record with me,” Hancock says, “This time around I wanted to give my fans a record that would be closer to the live show. I figure these are the guys that are going to be making it happen for me on the road, they should be able to put their stamp on it in the studio.”

Another key element to Hancock’s music is the steel guitar, an instrument that––though key in vintage country––is rarely featured today. “Today everybody seems to want to make the steel a background instrument,” Hancock says. “I’ve always thought of it as a lead instrument. It softens up the mood of a song and gives each track tremendous personality. Back in the 40s and 50s that’s the way it was played, and since that’s the music that most influenced me, that’s what I wanted.”

Hancock credits his love of the instrument to his time in the U.S. Marine Corps when he served in Hawaii. “I was invited to some authentic luaus and was again so impressed with what the instrument could do,” Hancock says, “There’s something about the sound it creates, and I can only get it from straight steel. No pedal or lap steel guitars, just the straight steel has it for me.”

Hancock has assembled a dedicated following across the globe and sees no end in sight. “I’ll stop when there’s no more air in my lungs,” Hancock says, “I have always loved playing music and writing songs, and I either quit or got fired from all the other jobs I had, so this is it for me. I love that if you pay 10 or 12 bucks to see me I will give a 10,000 dollar show. That’s what it’s all about and I’m gonna do it ‘till I die!”

Hancock is the exception to most rules, and he likes it that way. He approaches music the way it ought to be. On all his records and at every show, he and his band play with talent and fervor to create music that gives the listener a sense of wanderlust and purity. Hancock will be performing with in Salt Lake City on July 14 at The Heavy Metal Shop at 5:30 PM and at Club Vegas at 9:00 PM.