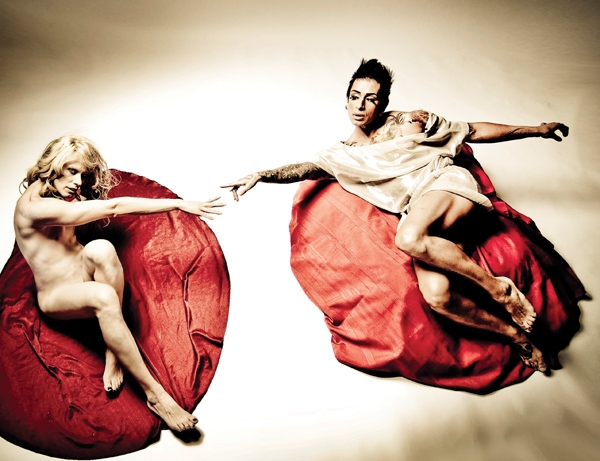 One thing you’ll quickly learn about the Princess Kennedy is that I wear my life on my Dolman sleeve. I’m honest to a fault about my private life because, being in the public eye, skeletons are eventually ripped out of the closet quicker than a Senator in a public bathroom. To save myself from humiliation I’m the first one to admit. I was held back in the fourth grade, I’m horribly dyslexic and can’t spell. I only have sex in tranny and I LOVE to excessively party: I sometimes drink to black-out, if I’m shaking my booty on a dance floor I’ve most likely snorted copious amounts of cocaine, yes I did wake and bake today, and if you hand me a pill I’ll most likely pop it. Have I made poor judgment calls? Sure! Do I have a problem? I don’t crave when I’m not using, I know when to say when, and I’ve never hurt anyone, stolen anything, or driven intoxicated. I pay my bills and I keep all of my obligations, such as work and meetings… on time, no less! It’s pretty much been this way for the past twenty years.

Since I’m so honest, it really gets my tucker bunched when judgmental people come in and twist others and my business into completely untrue stories. I’ve encountered a few gossip websites in town that needlessly fuel these fires. What’s more, they have the gall to allow the general public to comment, giving these complete esteem-depleted retards an opinion where they don’t deserve one.

I feel it necessary to pass on a tale of one friend’s fight for sobriety, to share just a little of what someone might go through in a struggle to simply stay alive. I hope that when you or others are sitting around being Judgey McJudgerson on someone you know nothing about, that you turn and take a long look in the mirror at your own life and figure why you’re such a bitter, jaded asshole with bigger problems.

Gorgeous Jared Gomez is a personality in town that just about everyone knows. At some point and time, we’ve all been graced by her sharp tongue, razor wit and infectious charm. Her club antics are stuff legends are made of. She had her first drink in junior high: one she attests did nothing. Flash forward to high school, when she discovered binge drinking and like that, she was hooked. As predictable as the most tired anti-drug campaign this was a gateway to a crystal meth addiction, one she says was not only about the high, but also about the ritual.

While a club kid in the 90s, her fondness for meth and thrifting lead to the discovery of midnight D.I. dumpster diving. One particular 3AM excursion lead to the discovery of the loading dock door being open just enough to squeeze her drug diet physique under. While rummaging through the donation bins it somehow seemed a good idea, in her cohort’s drug-addled brain, to smash in a window to the store and do some extensive after hour thrift-lifting. All the while, unbeknownst to them, a silent alarm was being triggered straight to the po-po. “Who knew that the D.I. had the security of Ft. Knox?” She laughed, “We would have been fine if we hadn’t been so greedy and gone back for another load.” On their way out from the second excursion, they were greeted by a swat team holding machine guns being ordered to, ‘DROP TO THE GROUND, FREAKS!’”

“There is something about a steel-toed boot on your neck that makes you think,” she reminisced. Of course this incident came with the ramification of drug awareness class, but it was something she did not face seriously until she started having the lovely side effect of paranoid delusions. “That’s when I started realizing how messed up I was,” she confessed. “So I decided to clean myself off it [meth] with a mix of cocaine and booze. Mostly booze. I drank to feel better about myself, actually I drank to feel nothing.”

She continued a many year path of binge drinking. She drank as if it were always the last. She pounded two and three at a time to even get the slightest buzz, building such a tolerance that eventually she had to hide how much she was consuming from even her drinking buddies. After a couple DUIs and having quite enough of the humiliation from waking up at the bottom of a staircase bloody or in the arms of her crying mother who had broken into her house to nurse her back, she decided to give good old AA a try. Her first attempt failed miserably (as do most first attempts) sending her spiraling downward to an even darker and more dangerous place. At this point Jared’s problem had come to affect our friendship. I avoided her at first and when we did go out I knew I had an hour before I had to ditch her so I wouldn’t have to watch her fight, pass out on her face and break her nose or sit in the gutter in front of the club, completely incoherent.

Finally one day (excuse me while I oversimplify), while driving drunk down the street guzzling a bottle of mouthwash, she realized if she continued down this path she was going to die. “I had to do something,” she tells me with clarity, “I didn’t want to die! This time I went to AA meetings and actually gave it a shot, I didn’t start with a drink in the parking lot, and I learned how to do it for me.” As cliché as it sounds, it worked.

That was two years ago, and since then I’ve seen the most amazing transformation in some twenty friends’ sobriety journeys. As close as we are, I’ve have also seen how fucking hard it is. Apologizing for the destruction of her past, making amends to those she’s wronged, pulling herself up by the bra straps and going back to the club scene has not been easy. She came through and faced the addiction and conquered her fears of never being involved with the life and people she loves. Hardest of all, I watched her turn herself in to the cops, spend a horrifying week in jail with fucking homophobic asshole guards and come out a much stronger person than I could ever hope to be. I’m so glad I’ve been able to keep Jared as a friend and find inspiration in her struggles every day. So much so that I’ve decided to walk a mile in her pumps and spend one month sober. I’ll chronicle my social study with my feelings, emotions, successes and failures as well as my monetary and egotistical savings, hopefully proving something to myself in the process. I’ll be back in March with ‘Sober Sister Part II’.

I appreciate so much that Jared has shared this deeply personal story. Everyone, please raise your glasses. Here’s to being better at climbing 12 steps than tumbling down them.