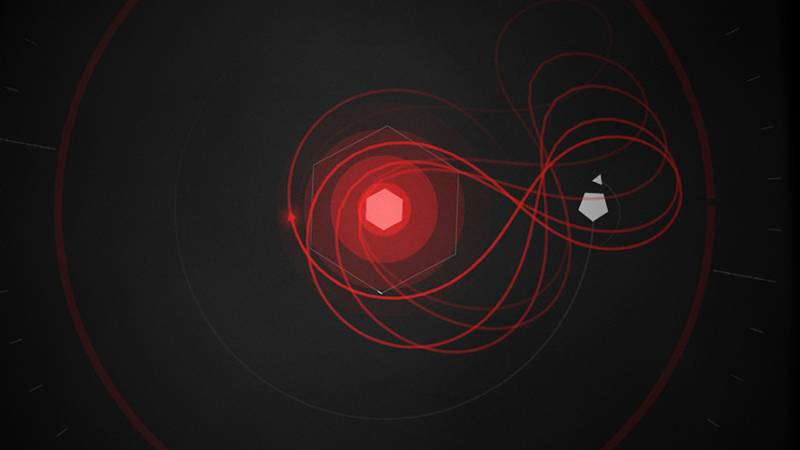 0RBITALIS is a nifty gravity sim that really captured my attention. All you do is release a probe into space and hope it stays in orbit for as long as possible. Each level has different obstacles that you have to contend with, from giant red orbs that act as planets to random geometric shapes that sort of act like moons and asteroids. Once you get into the higher levels, the gravity of the “moons” begins to shift, like blue bodies, which shifts your probe away from them instead of toward them. It takes a minute to get a handle on the gravity mechanics, but once you figure it out, it’s almost soothing to watch your little probe go round and round. It’s gratifying when you actually get your probe to wander around the screen for longer than minute. ORBITALIS doesn’t have a lot going on in the graphics department—there’s for a more conservative look, and it’s a cool aesthetic. It’s still in Steam early access, so there may be additions to its look—the level editor was the latest addition, and I am loving it. It’s worth checking out before it finalizes on Steam. –Ashley Lippert