SLUG Mag Soundwaves
Episode #403 – Mykah
00:00 / 21:59
Spotify Stitcher
RSS Feed
Share
Link
Embed
Nintendo took to the Internet on Tuesday, Dec. 17 to tell everyone what is in store for you in 2014, reminding folks everywhere that the WiiU you obtained by murdering that grandma in Wal-Mart on Black Friday was well worth the struggle. 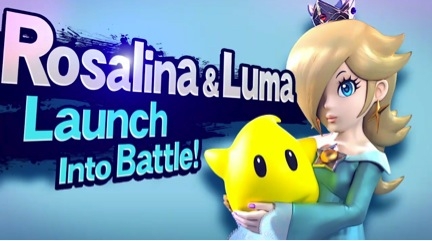 Nintendo took to the Internet on Tuesday, Dec. 17 to tell everyone what is in store for you in 2014, reminding folks everywhere that the WiiU you obtained by murdering that grandma in Wal-Mart on Black Friday was well worth the struggle.

In an unusually calm and hands-free fashion, Nintendo’s President Satoro Iwata opened by revealing a trailer for Hyrule Warriors. This collaborative title is in development by Tecmo-Koei and will feature our favorite green swordsman in a Dynasty Warriors inspired game. Link will take to the land of Hyrule battling hordes of monsters using new abilities coupled with his well-known arsenal from the previous games. Although I’m not much for Dynasty Warriors, this did look like an interesting go.

Next, gamers were treated to more information on the new Kirby title for 3DS. Kirbys’ Triple Deluxe will feature your standard platforming along with two new game modes. The game modes are Kirby fighters, which is exactly what the title describes, and Dedede’s Drum Dash. Drum Dash is a rhythm game that utilizes different 3DS features in time with music from the game to guide you through various levels.

Not wanting to rehash only one I.P, Nintendo moved on to showing off Yoshi’s New Island. Produced by the same man from the original SNES title Takashi Tezuka, Yoshi’s New Island will send Baby Mario and Yoshi on a new adventure featuring new abilities, and new egg powers to guide you through. This 3DS exclusive is slated for Spring 2014.

You’re not into pink fluff balls, green clad swordsman or babies riding dinosaurs? Don’t worry, because you probably like robots then! Chibi-Robo! Photo Finder takes one of our favorite Game Cube characters and sends him on a new museum-building adventure. Mr. Curator needs help stocking his museum with displays, and who is more equipped to help than our plug wielding helper bot? This game will be an eShop exclusive for Nintendo 3DS in Spring 2014.

Iwata doesn’t care that you’re tired of hearing about how amazing the new Pokemon games are. Besides, the Pokemon Bank and Poketransfer apps release December 27. Now you can store your pocket monsters (not what you’re thinking) in the cloud!

Once you’ve finished backing up those battling creatures, you will be treated to a side-story demo of Bravely Default on January 2, 2014. This demo will show off game play mechanics while introducing you to the beautiful new world. The best part of the demo is that it is a completely different story, allowing gamers to enter the world fresh and spoiler free.

Once you have received your RPG fix, it’s time to head back into platforming with Donkey Kong Country: Tropical Freeze. This game releases February 21, 2014 and not only features multiple islands and a new “Kong Pow” special attack which can be released once you’ve collected 100 bananas. The best news yet is that we get to play as Crankie Kong! The old bastard will be running alongside Dixie, Diddy and Donkey as they try to thaw out their homeland.

Spacing out the game announcements, they then dropped some character information for the upcoming Super Smash Bros, which will now feature Rosalina and Luna from Super Mario Galaxy. If that wasn’t enough new stuff, Sonic: The Lost World received a DLC pack available immediately based on Yoshi’s Island, and will receive another chunk expansion later this year. Here’s betting on something else related to another Nintendo franchise.

What else can be added except for maybe a mash-up of NES games meant to be played, as a speed run? NES Remix is taking chunks of levels from Mario Bros, Legend of Zelda, Donkey Kong, and more for you to race through to the best of your ability. You can then take those finish times and upload them to MiiVerse for bragging and challenging, or just stare at them proudly by yourself …

Finally, as Nintendo’s “Year of Luigi” winds to a close, what better way to cap it off than by releasing Dr. Luigi, this spiritual successor to Dr. Mario will feature similar gameplay, but utilize “L” shaped capsules, as opposed to our usual lines. The game will be playable using the WiiU Game Pad’s touch screen, or with standard controls, and releases on the Nintendo eShop on December 31, 2013.

If you own a Nintendo system, it’s safe to say that 2014 will ramp up quickly. Whether you are a handheld or console aficionado, they are aiming to give you everything you could want and more. Time to drain that piggy bank and head to your nearest game store.