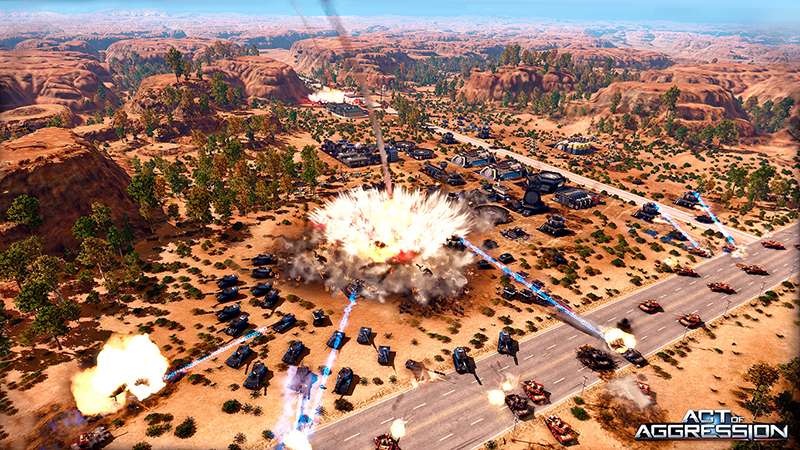 Heavy artillery: The only surefire way to get rid of prairie dogs.

Back in the heyday of 1990s PC gaming, the real time strategy (RTS) genre was absolutely everywhere. The rise of console gaming took a bite out of the genre’s popularity, however—mainly because playing an RTS on a console is like eating spaghetti with no lower jaw. While the lack of RTS representation has left a gap in my gaming identity, it’s one that has been lovingly addressed by Act of Aggression. Hearkening back to games like Command and Conquer, Act of Aggression takes place in the dystopian future where three powerful factions wage war all over the world. Each faction has a well-developed skillset that caters to different play styles, which is a must for hardcore strategy fans. Combat scenarios evoke the same military realism as the Call of Duty games, and the battles are gloriously explosive. Multiplayer is a large component of the game, and it comes equipped with plenty of maps along with a dedicated server to boot. Those who harbor a bit of nostalgia for pre-millennial strategy titles will definitely want to check this beast out. –Alex Springer