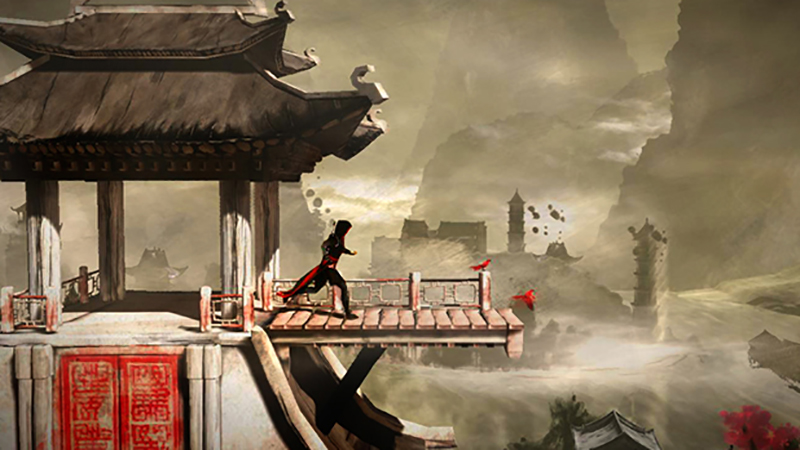 I’ve never understood why the emphasis in Assassin’s Creed games is less on historical assassinations and more on ridiculously trite “hunt and gather” missions, layered with the extremely superficial satisfaction of climbing and jumping off buildings into bushes. Being a yearly title, Ubisoft’s signature 3D action series doesn’t often get a chance to step outside its populist trappings. This, ironically, often saps the game of its greatest strengths—its ability to build immersive worlds and to get players lost in the game’s time period and cultural aesthetics. The first game in the 2D Assassin’s Creed Chronicles series, China, is an important step in this direction—a side-scrolling action game that actually emphasizes visual flair and stealth, the two oft forgotten components of recent Assassin’s Creed games. Plus, it’s the first game in the series to feature a female protagonist. That’s not to say it’s a great game—while the controls and general atmosphere are greatly improved, the actual level design and storytelling is quite flat, but there’s a blueprint for a great companion series underneath the too-familiar surface of Chronicles: China. Intrigue carried me through this brief experience and has me mildly intrigued at the planned sequels to follow. –Randy Dankievitch