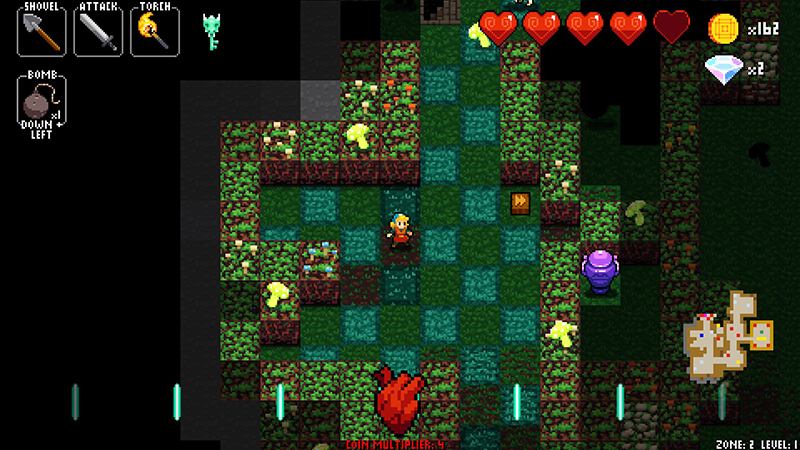 Review: Crypt of the NecroDancer

Crypt of the NecroDancer

When Crypt of the NecroDancer was in early access, it was one of the most clever and addictive games that I had ever played. Now that it’s gotten prettied up for official release, the team at Brace Yourself has outdone itself. Our dungeon-grooving hero, Cadence, is back, along with several unlockable characters that come with different modes of gameplay. The arsenal of weapons has been expanded to include bombs and blunderbusses, and each zone concludes with a boss fight. The game’s rhythm-focused gameplay feels streamlined—the syncing issues that I noticed in early access have been tweaked, offering a more consistent experience. The official release preserved the player’s ability to import their own MP3s into the game’s soundtrack, and there’s already a pretty decent supply of player modes available. This is one of those games that comes out of left field with a totally bonkers concept and a heart of gold, only to remind the player of how engaging and creative video games can be. And, it’s dance pad compatible! Not only is this one of the most engaging games to come along in a while, but it’s also a great excuse to break out your long-dormant DDR skills. –Alex Springer