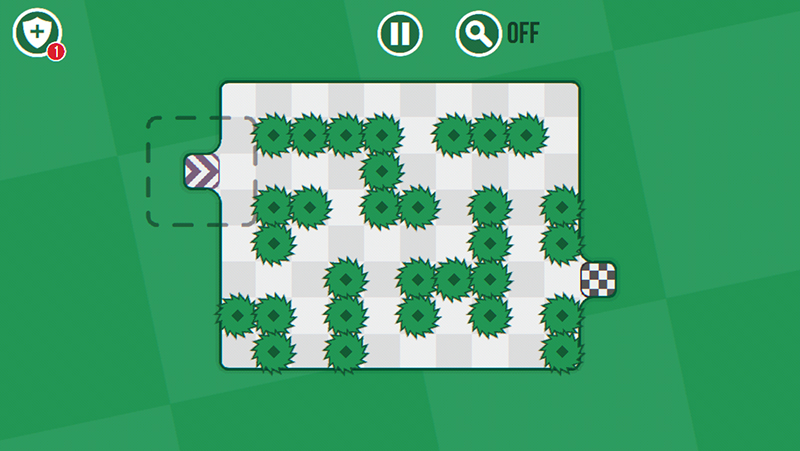 Most platformers are designed around one concept: Challenging a player to think about the movement of their on-screen counterpart. These paths are called “lines” by professional speed runners. Fast Fingers Plus is essentially the bare bones of this idea, represented in a very colorful manner. Gameplay is simple: Drag a finger as fast as possible from the beginning to the end of the level, avoiding everything from saws, doors and spinning blades to get to the finish line. The levels are tiny and based around a combination of speed and precision—miss a turn by a pixel, and watch your finger fly off your iOS device into nothingness as the “restart” button awaits a press. This turns later levels into “kamikaze or fail” mode. Since there’s really no incentive to explore strategies or approach a level with any kind of critical mind, the game eventually turns into a repetitive slog of hitting the same obstacle over and over and over, until the one time you’re able to infinitesimally miss the wall you’ve been hitting for the last half an hour. Fast Fingers Plus is really only a game for the most casual and the most hardcore. Those looking for genuinely engaging platform experiences aren’t going to find them in the short, simplistic puzzles Fast Fingers Plus has to offer. –Randy Dankievitch