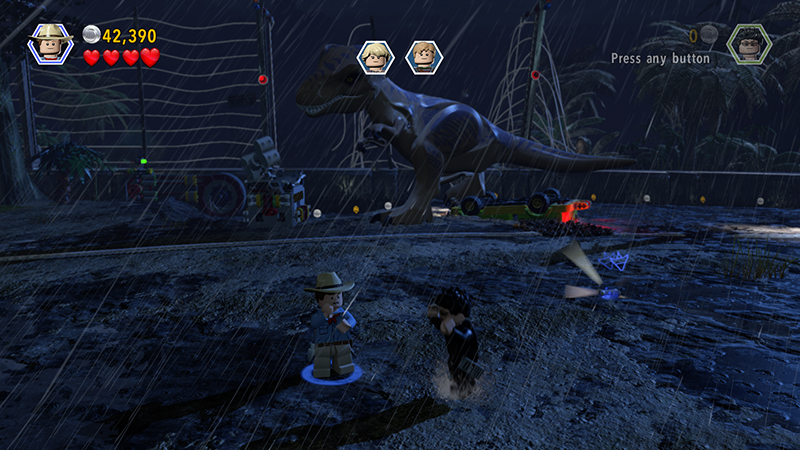 My reason for picking up LEGO Jurassic World was more or less the same reason I watched Jurassic World—trained velociraptors. They’ve always been my favorite dinosaur, and playing a LEGO velociraptor—any dinosaur really—was the highlight of the game for me. Running amok as one in Free Play was amazing. This is a combination of all four movies of the Jurassic Park series—Jurassic Park and Jurassic World are available immediately after working through the first little bit of Jurassic Park. Playing through LEGO versions of one my favorite series was as much fun as it was nostalgic—especially Jurassic Park. LEGO Ian Malcolm was my favorite, acting even crazier than his movie counterpart, which genuinely made me giggle. Some of it comes off as way too cheesy, but it’s to be expected. I also encountered a few glitches—I managed to make the gyrosphere vanish at one point, like magic! Since I still need it to complete the level, I was forced to restart. I also managed to get a character trapped in the air—physics engines are fun, kids! It’s not an amazing game by any means, but I enjoyed the hell out of it. –Ashley Lippert