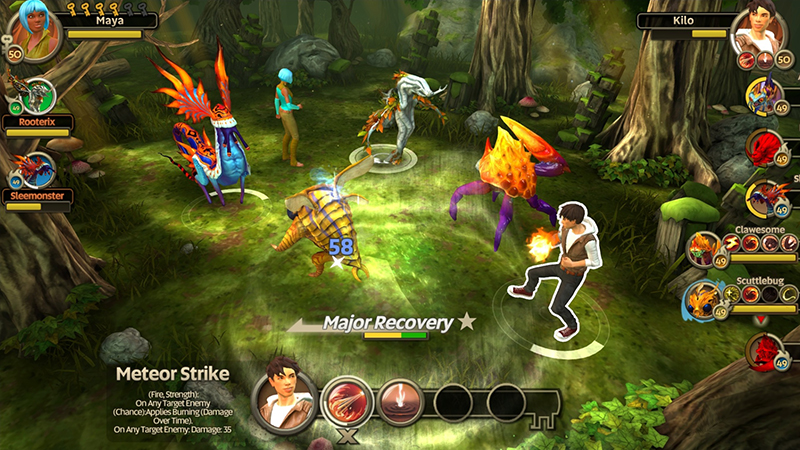 I’ve played Moonrise at a few PAXes, and I couldn’t wait for some uninterrupted gameplay. In Moonrise, you’re a warden that cleanses Lunari and converts them back to their friendly, Solari selves. Every so often, the moon rises and causes the Solari to turn vicious, and it’s your job to cure them by beating them to a pulp with your own Solari. You can “catch” Solari, just like any other monster collecting game, but herein lies the rub. You only get four keys to catch the Solari and, once you use one, it’s 30 minutes until it regenerates. Naturally, there’s gems you can use to assuage your impatience, but the fact that it’s there when the game is already $15 feels a bit money-hungry. You don’t need to spend real world money to win by any means—it’s a minor irritation, and I’m annoyed more on principle than anything. There’s no sense of adventure since you can’t really explore the world—you only tap places to do battle. The monsters are the prettiest part of the game, but it’s just not enough to offset the lack of a beautiful world to explore. It’s a decent distraction, but it’s not worth $15. –Ashley Lippert