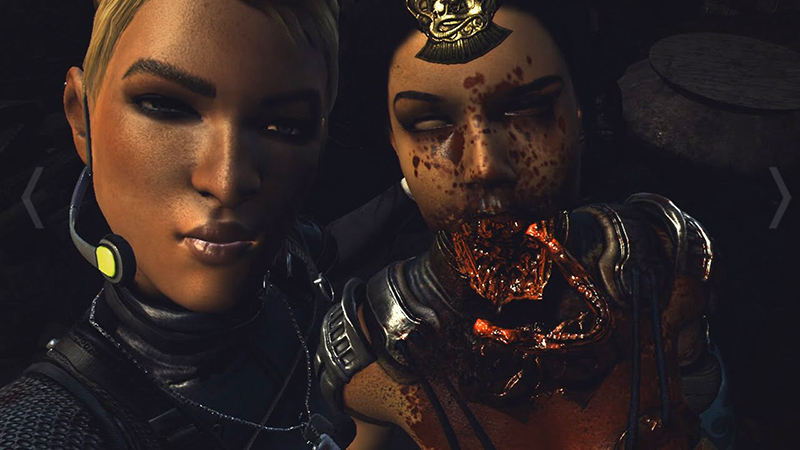 Oh, my, God, fatalities are so passé! Let me take a selfie.

In Injustice: Gods Among Us, the long, convoluted, super-serious campaign story was a welcome change to the fighting game campaigns of old. The DC characters therein are complex and storied enough to warrant such thorough exposition. The same cannot be said for the Mortal Kombat canon. I’m sorry, but Johnny Cage’s post-divorce familial tensions are a terrible plot device. Historically, the half-dozen major attempts to map the MK roster into a cohesive plot of any kind have all been failures, and MKX is, ultimately, no different.  It is, however, a seriously good fighting game, which is really all that matters. Everything after that deep-voiced announcer says, “FIGHT!” is pure Kombat gold, and every frame of the game looks absolutely gorgeous to boot. I miss some of my old favorite characters like Cyrax and Noot Saibot, but the eight all-new characters are surprisingly awesome. Jason Vorhees and The Predator are soon joining the roster too, but, while they’re both excellent choices for the MK universe, I am very much opposed to this day-one DLC bullshit. Four characters for $30?! That’s half the price of the game, you fucksticks. I want it, but I’m not buying it. Vote with your wallet, I say. The base game’s plenty good enough. –Jesse Hawlish