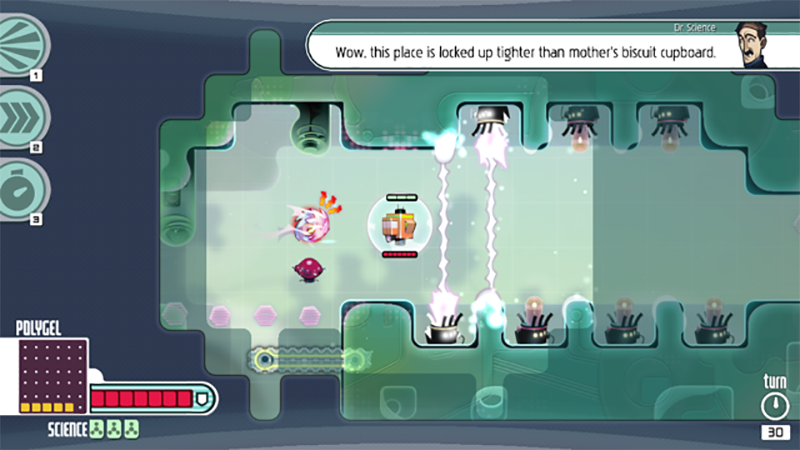 All these scientists better be worth more than your mom’s damned biscuits.

In Nova-111, scientists have been developing the “Greatest Science Experiment” with the intention of unlocking “real-time” in a turn-based world. After some time, everything went horribly awry, resulting in the creation of a real-time/turn-based vortex. The 111 scientists have been scattered throughout various alien landscapes, and your job is to rescue them and survive the creatures of this new world in your space-fridge, Nova. Because of the resultant vortex, the world and its enemies are shrouded in shadows, making every movement a little nerve-wracking. With a little exploration, I was able to find hidden treasures, ship upgrades and stranded scientists. Movement in this game plays out in real-time, but my enemies and I are restricted to the standard turn-based rules, including our attacks. The gameplay is solid overall, but with so many upgrades, it became a little overwhelming. However, with so many tools at my disposal, it made finding new strategies that much more enjoyable. The small team at Funktronic Labs has clearly learned from the PixelJunk series and has built themselves a strategy game to be proud of. –Trey Sanders