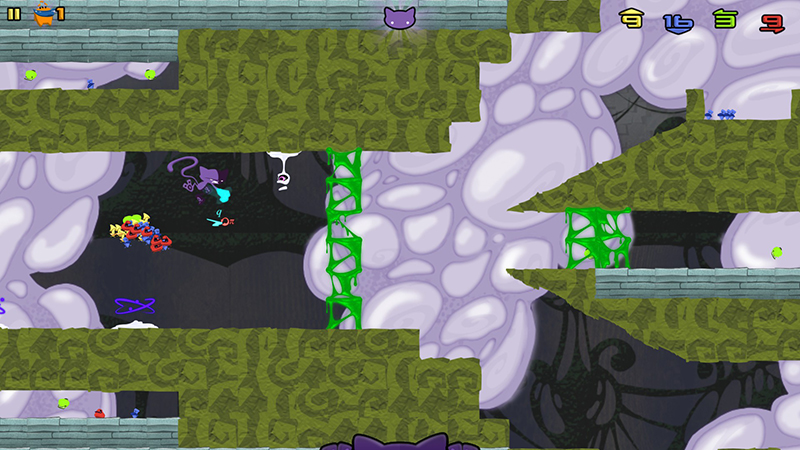 Review: Schrödinger’s Cat and the Raiders of the Lost Quark

Schrödinger’s Cat and the Raiders of the Lost Quark

I want to give this game credit for so many things. Among them is the way in which it presents science in a fun, interesting way. It’s not a science game per se, but a lot of the dialogue, settings and gags are heavily science-referential. Also, the colorful, jazzy aesthetic never gets old, which is as high a praise as one can give the art team of a platformer. In Schrödinger’s Cat, you play as the titular feline, helping a subatomic vacation spot recover after a disaster. I’ve played more platform puzzlers than I have cared to over the last year, but I can honestly say this was one of the better ones. The gameplay, the writing, the niche (all of the creative uses for the quarks), the level design, the music—it just all feels really good. And it’s challenging enough without being a total turn off to, say, kids—who, probably more than anyone, would love this game and benefit from playing it. –Blake Leszczynski