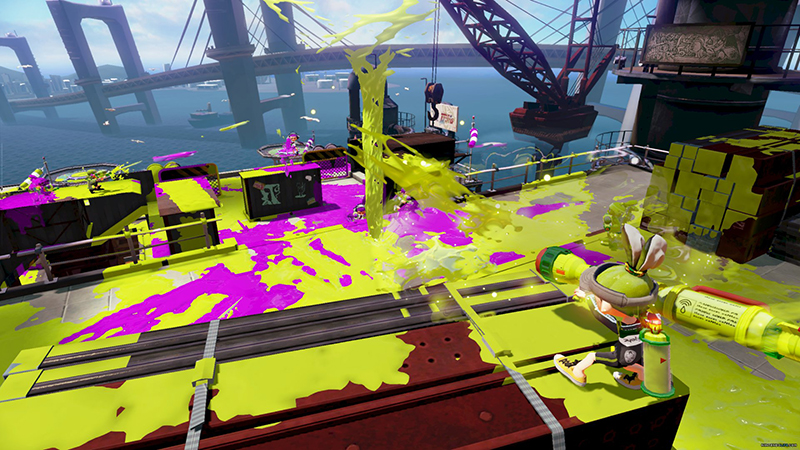 Say "hello" to my little friend!

Splatoon is Nintendo’s odd take on a shooter—instead of bullets, you’re shooting ink everywhere. You’re a humanoid that can transform into a squid and swim in said ink—you have to. It’s how you refill “ammo.” It’s so ridiculously weird, but it works. As of this review, there are only two ways to play online and both are 4 vs. 4 battles—Turf Wars and Ranked Battles. Turf Wars are centered around getting the most ink everywhere, while in Ranked Battles, you want to “own” certain spaces of the map. To get into the ranked battles, you need to work your way up to level 10 by beating the crap out of everyone in Turf Wars. Connectivity wasn’t a huge issue, but there were times I got kicked out in the middle of a game, or it wouldn’t connect at all. During peak hours, there was some lag that also frustrated the fuck out of me. Other than that, it’s goddamned beautiful, and the single-player campaign is a small, six-hour adventure—clearly not the focus—but the levels were excellent, and it’s worth a play-through. Splatoon is a game you need, but maybe not right now. –Ashley Lippert