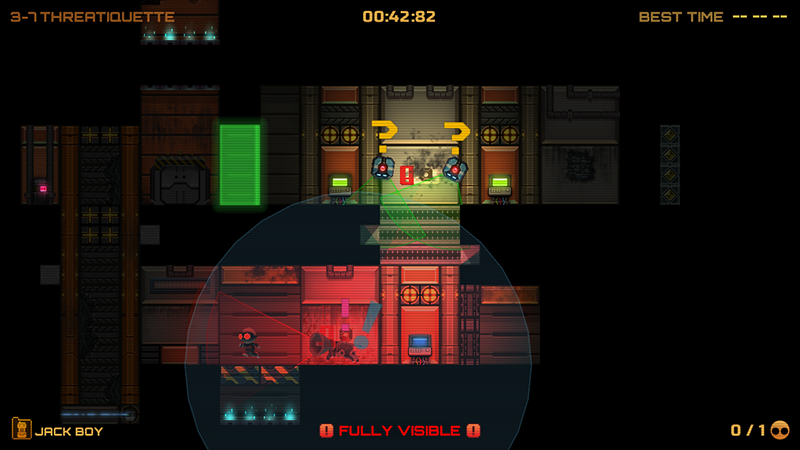 Stealth INC. 2: A Game Of Clones

Playing through Stealth INC 2: A Game Of Clones, I’m instantly reminded of a similar game, Oddworld Abe’s Odyssey.  Both are highly detailed sidescrollers featuring a weaponless main character trying his hardest to escape a foe who wishes to kill him, all while finding friends that look much like himself, and help him solve puzzles to aid in his escape.  While not as technically sound as Oddworld, Stealth 2 is a blast to play, and for $14.99, the price is well worth it. The sequel to Stealth INC.: A Clone In The Dark, Stealth 2 has you play as a clone trying desperately to escape a sinister testing facility. Rescuing other clones along the way, you must complete puzzles and activities that will ultimately aid in your escape. This is what I call a good time-waster game, not that it’s a bad thing—it’s actually one of my favorite types to play. Where some games rely heavily on story and plot, every once in a while, you need to decompress, and that’s where Stealth 2 comes in. It’s short and virtually plotless. This is the ultimate decompressing game that you come down with after too many hours of The Witcher 3. –Kenny Tadrzynski