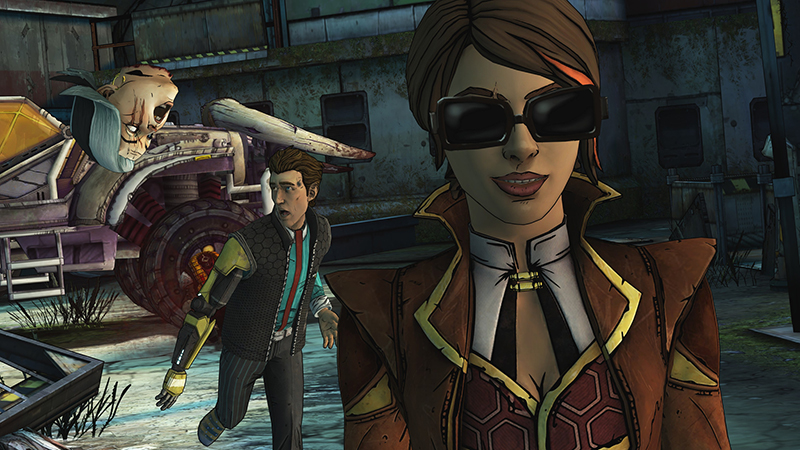 Review: Tales from the Borderlands: Episode 3 – “Catch a Ride”

Tales from the Borderlands: Episode 3 – “Catch a Ride”
Telltale Games

This has to be my favorite episode so far. Not only does this have the classic one liners from the main Borderlands game series that I love so much, but they also really amped up the humor in this episode. They also made a few jabs at the Borderlands series. The writing in this game is just phenomenal, and I really believe that Tales from the Borderlands is Telltale Games’ best series. Not only did they improve this episode with great humor, but they also fixed the glitches that I experienced in the first two episodes for a much smoother performance. The time to make decisions is still a little too short, but it keeps you on your feet. In this episode, the characters escape the planet and begin a galactic adventure that takes them to multiple locations, and it even includes a few cameos from previous Borderlands characters. This episode will have you questioning who is truly friend or foe, and you might end up getting someone killed (I know I did, oops). You really get to watch Rhys and Fiona grow into their roles and become a dynamic duo instead of constantly second guessing each other. I’m excited to see what they’ll do in the next few episodes. –Nicole Stephenson