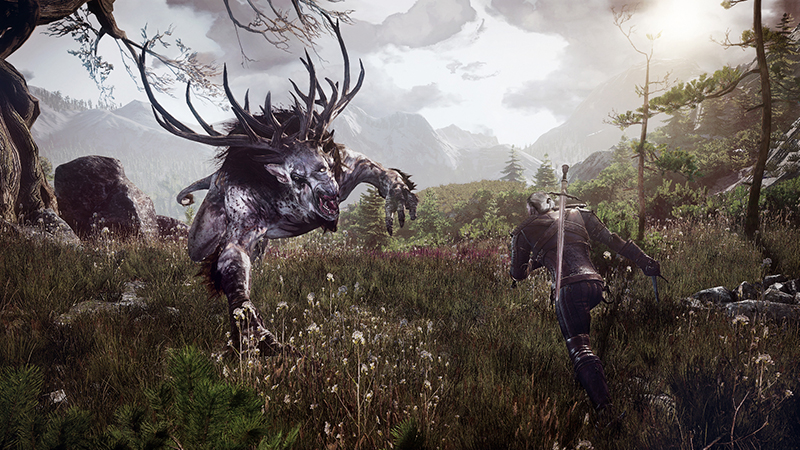 The fine folks over at CD Projekt RED claim that those who pick up The Witcher 3: Wild Hunt need not have played the previous two to enjoy the third installment, which is music to my ears, considering I’ve never even heard of the game up until four months ago. Having played a good chunk of it (prying myself away to write this review), I can honestly say that The Witcher 3 has lived up to the surrounding hype. With over 200 hours of gameplay and graphics so detailed that it makes you call your friends into the room to show them the mighty power of the PS4, I daresay that this is the game of the year. Concluding the story of Geralt Of Rivia in The Witcher 3, Geralt must stop an army known as the Wild Hunt as they leave mayhem and destruction throughout his kingdom. This massive RPG is unlike any other. The story is spectacular, the graphics are unmatched, and the learning curve for new players is surprisingly easy. One moment, you’re playing a detective looking for clues; the next, you’re fighting a giant Griffin. There you have it! Everybody should own The Witcher 3. Can I get back to the game now? –Kenny Tadrzynski