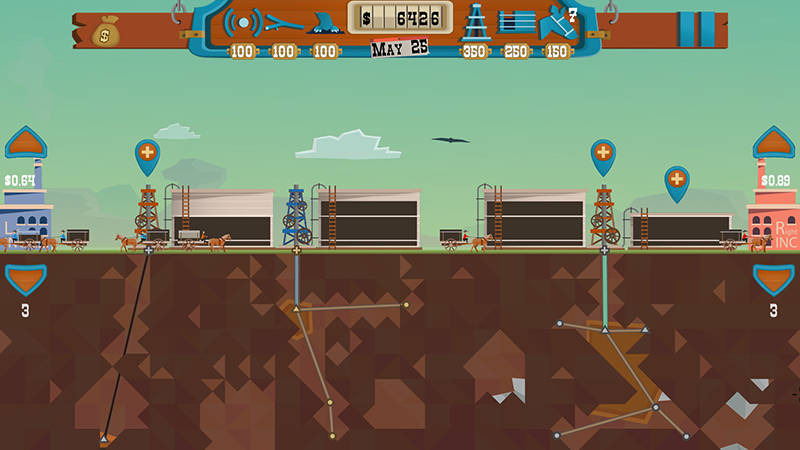 Turmoil is an economy-building/money-making game that was inspired by the 19th century oil rush in America. The idea of the game is to drill oil, buy land and build up your town in a race against other oil-obsessed NPCs. The dialogue in this game is a little cheeky, and I love that. The artwork is also colorful and visually stunning in its own way. Turmoil features a casual playing mode as well as a campaign, so you could practice finding oil before continuing on your campaign—and trust me, learning how to find oil is a bit of an art. While the gameplay itself is simple, mastering it is quite difficult—don’t plan on winning this game. I really hope that a multiplayer or online gameplay option is made available in the near future, since this would be a fun game to play with friends. This game has a lot of potential for growth and there’s a lot more they could do with it if they chose to. I found this game addicting and would recommend it to anyone who loves economy-building games or any fan of the Sim City games. –Nicole Stephenson