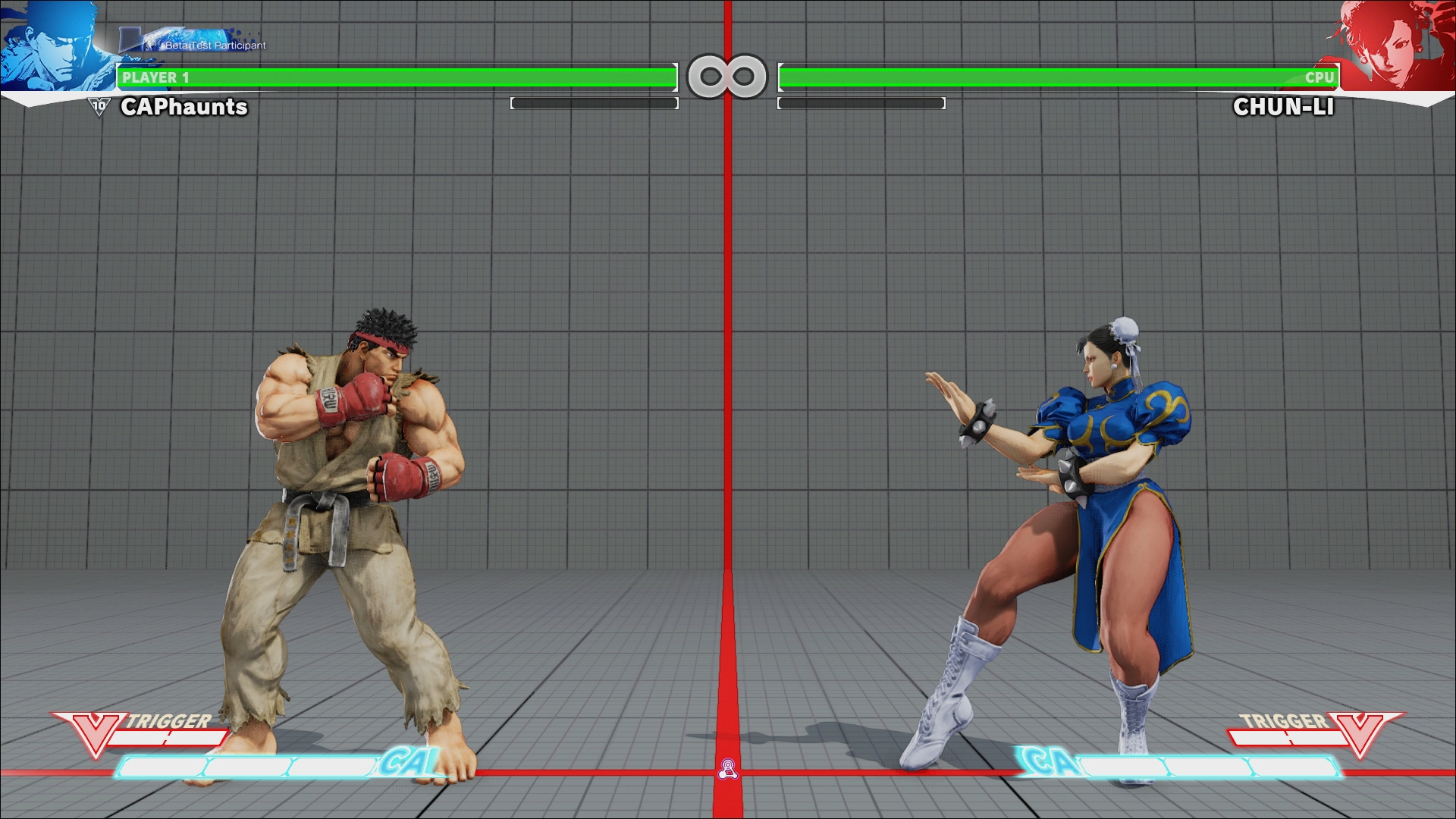 While you could easily link this beta to the word “troubled,” it definitely did what an online beta is meant to do—find the issues. The unveiling of Capcom’s latest fighter for beta was met with excitement across all forms of social media and hundreds ready to take their trial to Twitch.tv to show the world what Capcom has been developing. Unfortunately, the servers were unprepared to handle the massive amounts of connections coming in, and the beta changed from SFV beta to press A the beta. After pressing A (if by what seemed to be a 1-in-a-million chance to get a connection) you were treated to an impressively smooth experience.

Now that the obvious is out of the way, let’s talk about the 1.5 games I was able to play. Knocking out one and a half games would seem like something you’d be sad about, (and trust me, I was.) I wasn’t sad because the free beta didn’t deliver, more so because those games and time in the practice room in-between were so buttery smooth that I wanted more. M. Bison and Ryu (the two characters I was able to try) felt phenomenal. The game focused less on extremely technical execution (hitting your links within a few milli-seconds of the expected time) and more on fundamentals like spacing, punishing and setups. It was more enjoyable from a learning perspective as well as a “new to fighting games perspective.” If you aren’t heavily invested in the outside world, you can still sit down and do flashy moves and beat on your friends without hours spent in the training room. If you are willing to put in the time, the game lends incredible depth. Seeing the stun bar is also an added bonus as you can plan your attack according to that aiming to stun your opponent.

The characters available are as interesting and diverse as you’d expect from a Street Fighter title ranging from a mohawk donning rocker to a seemingly genetically altered assassin, they are only showing a segment of the crew. While the beta didn’t give me the time I wanted to invest into the game to get a feel for the direction Capcom is taking the title, it gave me a lot of hope for what direction they’re taking the franchise in. Limited exposure or not, what little play you got in during this Beta (if any) should have got you excited for the next run when Capcom is ready for the huge number of connections to give you a full gameplay experience.
— Thomas Winkley