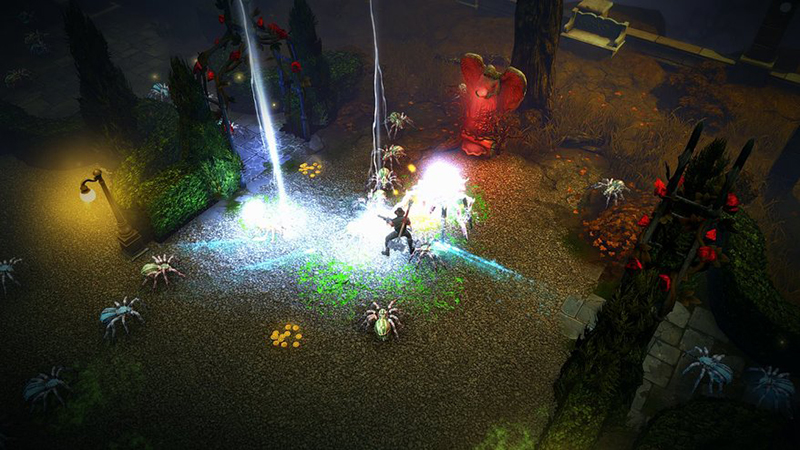 An early access game on Steam, Victor Vran is still extremely rough around the edges; what story is contained is littered with fantasy clichés, and its gameplay often feels derivative of other, more popular games. Yet, there’s still a ton of promise in Victor Vran’s interesting take on isometric action-RPGs: the ability to traverse terrain—like walls—is a welcome new addition to the genre, and the progressive unlocking of skills and abilities certainly gives players the feel of becoming an increasingly powerful creature in the beautiful world Haemimont Games have built—for example, hexes, which unlock at level 12, allow players to increase the challenge presented to them in-game. The combat itself is fluid and fast-paced, encouraging a little more strategy and reaction than typical hack and slashers. Unfortunately, with a distinct lack of progression systems, it may be hard for players to really feel the control of crafting a hero to their desired play style, which most expect in an a RPG. However, Victor Vran is an intriguing single and multiplayer game—only time will tell if it can grow into the full-fledged aRPG fans have craved since the disappointment of Diablo 3. –Randy Dankievitch