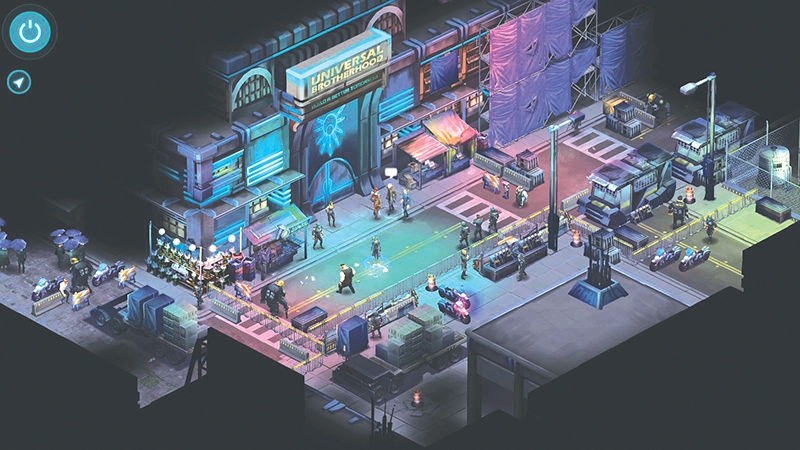 Shadowrun Returns is full of potential and is a testament to the power of crowdsourcing, but it ultimately ends up being an unfinished and often-glitchy mess that falls far short of greatness. A semi-tactical, turn-based isometric RPG in the vein of the Baldur’s Gate series or the original Interplay Fallout games, Shadowrun Returns takes place in a strange universe where the megacorporate cyberpunk world clashes directly against the world of fantasy and magic. I don’t know any other game off the top of my head that lets you play an elven mage hacking into computers to shut off security systems before throwing fireballs at orkish security guards and their imp minions. At the time of release, the game contains a single official campaign, a fairly satisfying noir-esque murder mystery in futuristic Seattle that remains fascinating even when it partially derails itself towards the end. That one campaign, however, lasts only a few hours, relying on the thoughtful inclusion of an incredibly glitchy and obtuse campaign builder for more productive fans to create their own content for the community. If it sounds like a cool idea and you’re willing to gamble on the quality of future content, you can’t do worse with $20. –Matt Brunk

Mario and Luigi: Dream Team is the perfect combination of RPG and platformer. This new adventure pits the bros against Bowser and the evil Antasma, who are hell-bent on kidnapping Peach and stealing the Dream Stone. Exploring the gorgeous world is an absolute joy in 3D, and the combat ranges from quick-and-dirty to challenging and exciting. Utilizing every element the 3DS offers, Nintendo has found a way to keep a niche genre available to the masses. While exploring the world, Mario is controlled with the A button, while Luigi reacts to B. This means navigating the platforming parts of the game requires you to mash both to get the bros over obstacles, or to dodge enemy attacks during combat. Mario & Luigi strays away from your standard turn-based combat system and blends it beautifully with timed button presses to increase damage or dodge an oncoming attack. Many bosses even throw you into the background where you have to help Mario dodge in the back while Luigi is being attacked in the front. This light-hearted yet challenging game is the perfect addition to your collection. –Thomas Winkley

Dragon’s Crown is fun wrapped in frustration and sprinkled with addiction. The characters and environments are beautifully illustrated, and the game-play, although not being anything special, is wildly addicting. Following your standard hack-and-slash format, this game is a giant Golden Axe homage. The character models (specifically the dwarf and amazon) look as if they’re based solely on the Golden Axe sprites. The unoriginal story of help the queen, kill the dragon still can’t keep me from grinding level after level for my next shot at the boss. The lack of crossplay on the game is disappointing since it allows you to upload and download your game save between consoles, and the match-making system for online was obnoxious enough that I found myself diving into random groups as opposed to partying up with friends. Aside from that, there are so many different side quests, pieces of loot and modifications that can be done to your character as well as side quests, you could easily burn 100-plus hours. It’s time to cowboy up—drop $49.99 and start grinding your way to glory. Or grab it on sale in the coming months. Either way, I’ll see you online. –Thomas Winkley