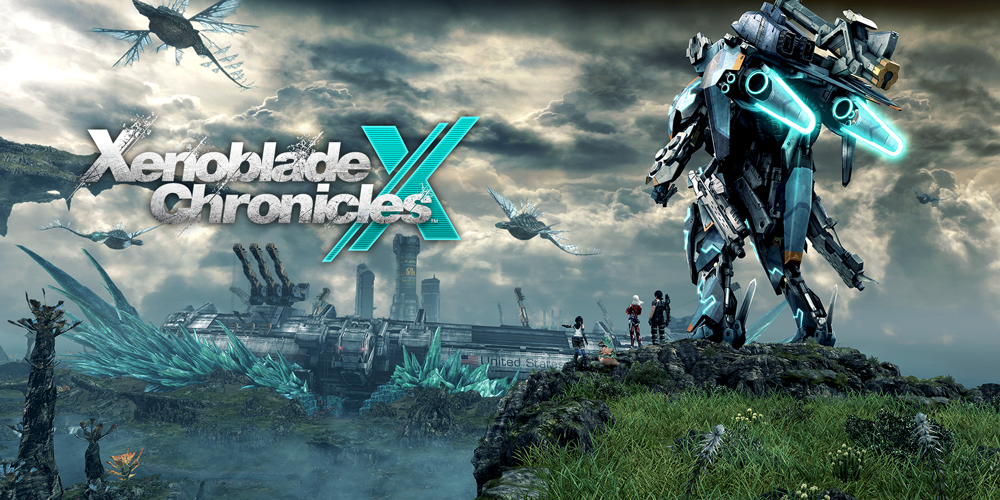 The best word to describe what the designers had in mind for Xenoblade Chronicles X would have to be “scope.” Within the first half hour, you’re treated to a sweeping view of Primordia, one of the five continents of Mira. The view is gorgeous, and it whets the appetite of any video game explorer—it’s hard not to spend all your time wandering, collecting and fighting the indigens. It’s a huge part of Xenoblade Chronicles X, and after a while, you get to do everything in a sweet mech suit, known as a Skell. Skells allow you to take on the bigger indigens that roam the countryside. Giant robots fighting giant monsters—need I say more? In 2054 A.D., Earth is caught in the crossfire between two seriously angry alien races. Luckily, higher ups knew it was coming and had time to prepare a few lifeboats to save our species. Our story follows the White Whale, which managed to escape and drift through space for two years before the passengers found themselves, once again, in the middle of an alien shootout. Sadly, the White Whale can’t survive the onslaught and begins a crash landing on the nearest planet, Mira. The habitat pod detaches from the dying ship and lands safely while the rest of the whale breaks apart in the atmosphere.

Two months later, your customized character is found in a lifepod just outside of humanity’s new home, New Los Angeles. You’re awakened from stasis by Elma, but you have no memory of Earth or what happened. After you watch bits of the opening sequence again (in case you forgot what happened 10 minutes ago) it’s into the frying pan of battle against the natives, which are called indigens.

As I traversed around Mira, I was always in awe of how much I could see at all times and how detailed the indigens were. It felt immersive, with the indigens just going about their business—drinking from the watering hole, swimming and playing in the rivers and running around in packs. It was fun to observe, as long as they weren’t trying to eat me. Most of the indigens don’t mind you running around them, but some are territorial and will attack you once you’re within eyesight. Any indigen with red next to his level is just itchin’ for a fight. Some are scarier than others—there are indigens on Mira classified as Tyrants, and those are monsters you do not want to fight on your own. They’re more powerful than their brethren and they will kick your ass if you’re not prepared.